A teacher and 3 school children were killed by an Al-Quaeda gunman on Monday, March 19, 2012. There were in their Jewish school, Ozar Hatorah, in Toulouse, France. This is following a wave of violence on minorities in France. The killings were terrorist attacks.
PICTURED : Bodies of victims
President Sarkozy placed the country on high alert after the shootings. The suspect is Mohammed Merah age 23; 300 police have been sent to his apartment for his capture. 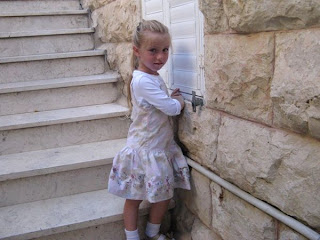 The victims bodies have been transported to Israel where they will be buried. They were teacher Rabbi Jonathan Sandler, his sons Gabriel 4, and Arieh 5, and Miriam Monsonego, 7 (pictured).
Posted by Jesus Caritas Est at 11:52 AM