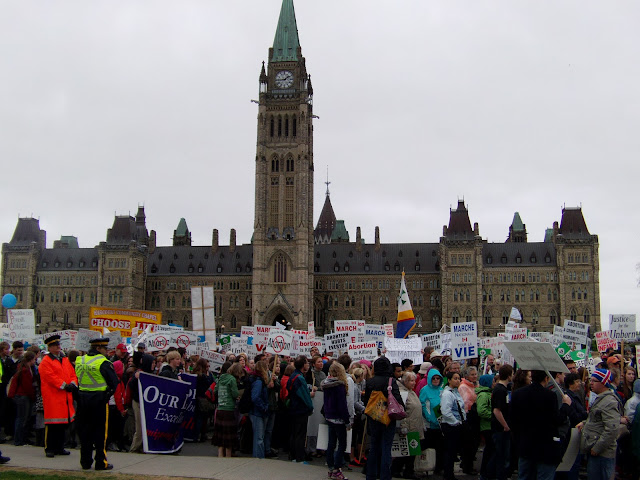 Canada's NATIONAL MARCH FOR LIFE 2012 gathered almost 20,000 people at the nation's capitol on Parliament Hill on Thursday, May 10. Most of the participants were under 30 years old. Police barracaded the area as marchers made their way through the streets carrying signs defending life from conception onwards.

Many Members of the Canadian Parliament were in attendence. One MP Stephen Woodworth, called for a Parliament Motion-312 to redefine a human being to include those in the womb. 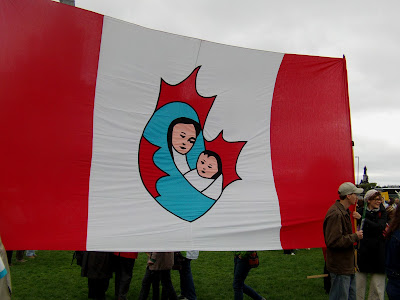 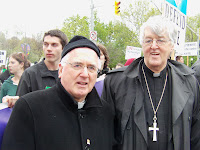 There were many Catholic Hierarchy in attendance including Cardinal Thomas Collins of Toronto, Archbishop Terrence Prendergrast, Primate Cyprian Lacroix, Bishop Nicholas De Angelis, Bishop Noel Simard, Bishop Michael Mulhall and others. Also in attendence was the Evangelical Fellowship of Canada president Bruce Clemenger. There were three Masses held in the Cathedral, St. Patrick's and another parish.
Posted by Jesus Caritas Est at 10:28 PM