A new film called "Elefante Blanco" has been well received at Cannes. It was made by Argentine director Pablo Trapero. It chronicles the actions of 2 priests named Father Julian (Ricardo Darín) and Father Nicolas (Jérémie Renier). They find a 'white elephant' in Buenos Aires. The two work tirelessly for the poor and rejected. 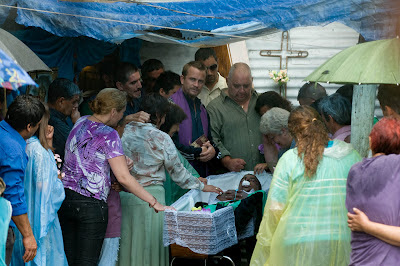 Martina Gusman plays a social worker who helps them.This film is dedicated to Father Carlo Mugica who was assasinated in Argentina in 1974 by the Alianza Anticomunista Argentina.