Vatican Radio report: Pope Francis on Sunday April 7th 2013 takes possession of his Cathedral, the Archbasilica of Saint John Lateran. As we know the prime title of Pope Francis is 'Bishop of Rome', a role he has emphasised on many an occasion during the past month. Beginning at the start of his pontificate when he said: " ...the diocesan community of Rome has its Bishop and now let us begin this journey: bishops and people - this journey of the the Church of Rome which presides in Charity over all the Churches".As Father James F. Puglisi Minister General of the Franciscan Friars of the Atonement tells us, Saint John Lateran was the seat of the head of the local Church: "... so this title is a very important ecclesiastical title because it's a sacramental title..." And so on Sunday Pope Francis will take possession of his cathedral, a Church founded here in Rome by the two Apostles Peter and Paul and sanctified by the lives of many martyrs.
Posted by Jesus Caritas Est at 8:23 PM No comments: 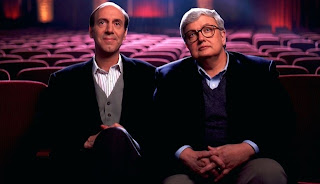 Roger Joseph Ebert died on April 4, 2013, due to complications from Thyroid Cancer. He was born on June 18, 1942 in Urbana, Illinois, USA. He is most famous for his show of movie critiquing entitled "Siskel and Ebert". That show ended in 1999 when Gene Siskel died with a brain tumor. Ebert continued the show with co-host Richard Roeper until 2006. He worked for the Chicago Sun-Times from 1967-2013 as a film critic. Ebert was an author, journalist, film critic and screenwriter. 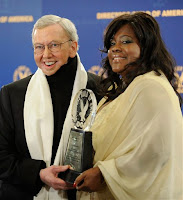 In 1992 he married Chaz Hammelsmith. The two had no children together. His ancestry was German, Dutch and Irish. He was diagnosed with Thyroid cancer in 2002 and underwent surgery in 2006 which left him unable to eat or speak. He therefore continued to work by writing. He was the first film critic to receive a star on the Hollywood Walk of Fame. He won the Pulitzer Prize for Criticism. As a child he was deeply affected by the education he received from Nuns in a Catholic Elementary school.
He writes,
"I received a first-rate education. At St. Mary's Grade School in Champaign, one block across Wright street from Urbana, were we taught by Dominican nuns who knew their subjects cold, gave us their full-time attention, were gifted teachers and commanded order and respect in the classroom." (Source: http://blogs.suntimes.com/ebert/2010/08/o_mary_we_crown_thee_with_blos.html)
He also served as an altar boy. (pictured in middle) (Images shared from GOOGLE) 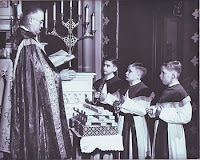 He was open about his opinion of Pro-Life issues, "My choice is to not support abortion, except in cases of a clear-cut choice between the lives of the mother and child. A child conceived through incest or rape is innocent and deserves the right to be born."
(Source: http://blogs.suntimes.com/ebert/2013/03/how_i_am_a_roman_catholic.html)
Posted by Jesus Caritas Est at 8:16 PM No comments: Chair of the Royal Commission Justice Peter McClellan
The Royal Commission into Institutional Responses to Sexual Abuse began in Melbourne yesterday with Chairman Justice Peter McClellan saying the volume of evidence and scope of the inquiry was so large it was unlikely the process would be finished by the end of 2015, as the government had forecast.
More than 5,000 people may seek to tell their stories to the Royal Commissioners.
Justice McClellan said for the individuals who have been traumatised, giving an account of their experience and telling their story can be an important part of their own recovery process.
During his formal opening address Justice McClellan said; "The Royal Commission's Terms of Reference are broad-ranging. They are not confined as to the time at which a person says he or she was abused and the definition of institution is broad. It extends from the organised churches through to schools, children centres and recreational bodies. It also includes any state-run institution providing residential care for children and each of the state departments and non-government organisations responsible for organising and supervising foster care arrangements."
The Commission has already received about 1,200 phone calls from people who want to speak to the Commission on a wide range of issues and experiences. Many do not want their account reported in public so arrangements have been made for the six commissioners to travel to different parts of Australia to listen to individual stories.
Justice McClellan said their findings and recommendations will be made public but they must try to ensure that no person who has suffered from abuse is further damaged by the Commission's process.
The commission has already moved to seek relevant documents from some organisations including the Catholic Church, the Salvation Army and the New South Wales Director of Prosecutions. Royal Commission could go well beyond the 2015, the date set by the Federal Government.
Justice McClellan said; "The Commission welcomes the response from the Catholic Church, which has repeated on a number of occasions, that it will fully cooperate with the Commission. We have had discussions with the Chief Executive of the Truth, Justice and Healing Council and we understand that the work of collecting and organising the documents held by the Catholic Church in its various manifestations has commenced. It is an enormous task."
The Commission is not a prosecutorial body. Its investigative processes will be used to receive and consider accounts by individuals of their experience when living within or when they were associated with an institution.. The Commission is not tasked with determining whether any person may be entitled to compensation for any injury which they may have suffered. It is required by the Terms of Reference to make recommendations as to changes which may be made to laws, policies, practices and systems to better protect against and respond to child sexual abuse in an institutional context. To aid this the Commission has formed a research arm which will look at previous reports in relation to child sexual abuse and undertake work to identify the most effective manner of responding to the problem.
The Commission will now proceed to gather documentation and begin to analyse and put the information together and develop a program of private sessions followed by public hearings.
SHARED FROM
Posted by Jesus Caritas Est at 5:33 PM No comments:

Posted by Jesus Caritas Est at 4:53 PM No comments:

Agenzia Fides REPORT - The Air Force of Khartoum continues to bomb villages of the Nuba Mountains in South Kordofan, State of Sudan on the border with South Sudan, where a strong military confrontation has long been opposing the Sudanese army to the fighters of the SPLM -N (Sudan People's Liberation Movement-North).According to a spokesperson of the SPLM-N, quoted by Sudan Radio Network, between March 31 and April 1, the Sudanese planes launched 17 bombs on several villages in the area. According to the report entitled "New War, Old Enemies: Conflict Dynamics in South Kordofan" of the organization Small Arms Survey, aerial bombingt do not bring significant advantages at a military level to the troops of Khartoum in the ongoing fighting, but aim to terrorize civilians, forcing them to flee. (L.M.) (Agenzia Fides 05/04/2013)
Posted by Jesus Caritas Est at 4:50 PM No comments:

ASIA NEWS REPORT
by Nirmala CarvalhoThe ceremony took place yesterday in Ettumanoor (Kerala), his native village. Thousands of people, including priests and lay people, wanted to bid a final farewell to a man of faith and "true witness" of Christ. Police investigations are continuing, according to which the murderers are "acquaintances" of Fr. Thomas.

Bangalore (AsiaNews) - Thousands of faithful yesterday afternoon attended the funeral of Fr. Thomas, the rector of the seminary in Bangalore (Karnataka) killed on the night between Easter Sunday and Easter Monday. The function took place in the church of St. Joseph in Ettumanoor (Kerala), his native village, and was presided by Mar Mathew Moolakkatt OSB, Syro-Malabar Archbishop of Kottayam, along with many other prelates and priests who took turns at leading the ceremonies in memory of the murdered priest. His body was buried at St. Joseph Knanaya Church Cemetry, in Kottayam district, and since the early hours of yesterday morning thousands of people - bishops, priests, nuns, lay people - have been paying their respects.
During his homily at the funeral, Auxiliary Bishop Mar Joseph Pandarasseril recalled the friendship and the bond that the community had with Fr. KJ Thomas, who was greatly appreciated both in the seminary and throughout the diocese. He cared about the fate of his seminarians and was "a true witness" of the Christian faith. The prelate asked people to "pray for the conversion" of the perpetrators and those who "have committed so cruel an act."
Meanwhile, Bangalore police investigations continue. According to investigators, Fr. K.J. Thomas knew his killers. Before the murder, in fact the victim and aggressors are believed to have exchanged a brief conversation, which ended with the death of the priest. One of them knocked on the door of Fr. K.J. Thomas, causing him to leave the room, while another attacked him from behind. Then they are believed to have cleaned up the traces of blood with the victim's clothes, and taken the documents they needed from the room.
The autopsy results have not yet been made available, but it is known that the priest was hit in the face and head with a blunt instrument - perhaps a brick - and then smothered with the dhoti he was wearing.

The sequence of events suggests that the perpetrators of the murder were not hired killers. "These people - explain the agents - did not steal anything of value from the office, moreover they lost time to clean the blood stains."
SHARED FROM ASIA NEWS IT

Posted by Jesus Caritas Est at 4:50 PM No comments:


Mark 16: 9 - 15
9Now when he rose early on the first day of the week, he appeared first to Mary Magdalene, from whom he had cast out seven demons.10She went and told those who had been with him, as they mourned and wept.11But when they heard that he was alive and had been seen by her, they would not believe it.12After this he appeared in another form to two of them, as they were walking into the country.13And they went back and told the rest, but they did not believe them.14Afterward he appeared to the eleven themselves as they sat at table; and he upbraided them for their unbelief and hardness of heart, because they had not believed those who saw him after he had risen.15And he said to them, "Go into all the world and preach the gospel to the whole creation.

Posted by Jesus Caritas Est at 1:29 PM No comments:

Posted by Jesus Caritas Est at 7:10 AM No comments: