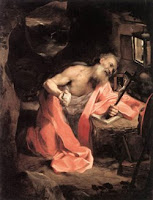 Memorial of Saint Jerome, Priest and Doctor of the Church
Lectionary: 455

This word of the LORD of hosts came:

Thus says the LORD of hosts:

I am intensely jealous for Zion,
stirred to jealous wrath for her.
Thus says the LORD:
I will return to Zion,
and I will dwell within Jerusalem;
Jerusalem shall be called the faithful city,
and the mountain of the LORD of hosts,
the holy mountain.

Then John said in reply,
“Master, we saw someone casting out demons in your name
and we tried to prevent him
because he does not follow in our company.”
Jesus said to him,
“Do not prevent him, for whoever is not against you is for you.”
Posted by Jesus Caritas Est at 9:00 PM No comments:

ANGELUS WITH FAITHFUL IN ST. PETER'S - SPECIAL MESSAGE FOR ORTHODOX

(Vatican Radio) Pope Francis prayed the Angelus with the faithful gathered in St Peter’s Square at the end of Mass to mark the worldwide Day for Catechists, organised by the Pontifical Council for the Promotion of the New Evangelisation. In his brief remarks, the Holy Father thanked the scores of thousands of catechists who came from all around the world to participate in the two-day catechetical conference sponsored by the same Pontifical Council, and make pilgrimage to the tombs of the Apostles. Pope Francis also had special greetings for His Beatitude, Youhanna X, the Greek Orthodox Patriarch of Antioch and All the East. The Pope said that the Patriarch’s presence offers an invitation to all the Christian faithful everywhere to renew their prayers for peace in Syria and throughout the entire Mideast region. Below, please find Vatican Radio’s translation of the Holy Father’s remarks before the Angelus prayer.

Before concluding this celebration, I would like to greet you all and thank you for your participation, especially the catechists come from so many parts of the world.

A special greeting to my brother, His Beatitude Youhanna X, greek orthodox Patriarch of Antioch and All the East. His presence invites us to pray once again for peace in Syria and the Middle East.

I greet the pilgrims who have come from Assisi on horseback, as well as the Italian Alpine Club, on the 150th anniversary of its founding.

With joy we recall that yesterday, in Croatia, Miroslav Bulešić, a diocesan priest, who was martyred in 1947, was beatified. We praise the Lord, who gives the defenseless the strength to offer the ultimate witness.SHARED FROM RADIO VATICANA
Posted by Jesus Caritas Est at 2:10 PM No comments:

Unknown gunmen have launched a vicious attack on the College of Agriculture in Yobe state, killing an unspecified number of students.
Details of the attack are still sketchy but the provost of the college, Mulima Mata, confirmed the incident, which the News Agency of Nigeria said occurred early Sunday morning in the Gujba district of the state.
Reports say the students were shot dead as they slept in their dormitory.
The Yobe state command of the Nigeria police could however not be reached to confirm the incident.
But the Agence France-Presse news agency quoted a military spokesman in Yobe state, Lazarus Eli, as saying the gunmen also set fire to classrooms.
Residents believe the attack has the imprimatur of the extremist Boko Haram sect which has in the past three years slaughtered thousands of innocent Nigerians in attacks on schools, places of worship, media establishments and security installations.
Academic activities only resumed last week in schools across Yobe state following 10 weeks of closure after the brazen attack by members of the violent sect on two secondary schools, which led to the death of 29 students and three teachers.
The state government ordered the closure of all schools in the northeastern state after the attack by members of the sect on Government Secondary School, Mamudo.
But Government Secondary School, Mamudo, remained closed for another two weeks for the conclusion of ongoing reconstruction work in the school, the state Commissioner of Education, Mohammed Lamin said.
The Boko Haram sect had on Wednesday and Thursday murdered at least 27 persons in two separate attacks in the border towns of Borno State, government officials and security sources said.
The Chairman of Gamboru-Ngala Local Government Area, Modu-Gana Sheriiff, told journalists that the 27 persons died when gunmen suspected to be Boko Haram terrorists attacked Fulatari and Kanumburi wards of the local government.
"The first attack occurred about eleven o'clock in the evening on Wednesday while the second was carried out last Thursday at about ten o'clock in the evening," Mr. Sheriff said.
"In the first attack, six people were killed and four others sustained injuries in Fulatari. While 21 people lost their lives in the second attack including the Village Head of Gamboru Lawan Ali Shettima, and two others sustaining bullet injuries and are now receiving treatment'.
SHARED FROM ALLAFRICA
Posted by Jesus Caritas Est at 2:08 PM No comments: 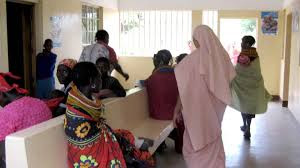 MaterCare International provides help to numerous women in African villages-especially Kenya
In a special video recording, Cardinal Pell has opened MaterCare International's 10th conference in Rome in which he emphasised the value and significance of the organisation's assistance in maternal health care for the  helping the poor and struggling cannot be overstated.
Titled "Catholicism and Maternal Health Care" , the conference took place at the conclusion of the Year of Faith; the 50th anniversary of the Second Vatican Council and the 25th anniversary of Mulieris Dignitatem, Pope John Paul 11's groundbreaking encyclical on the dignity of women.
Cardinal Pell said in his address; " Each of these events for different reasons, resonates with the distinctive work and mission of MaterCare International.
The Church gives thanks for the presence and witness of an organisation of midwives and obstetricians so dedicated to defending the lives and health of women and children." 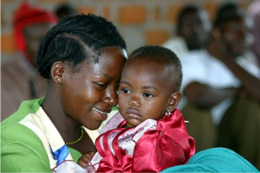 Many women and babies saved with the assistance of MaterCare International
MaterCare is an international group of Catholic obstetricians and gynaecologists, with a preferencial option for mothers and babies, both born and unborn, especially in developing countries.
Cardinal Pell said; "Maternal health care is a kind of "meeting point" where the struggle takes place between the culture of life and the culture of death.
It is where we are called ton uphold the dignity of all, to ensure that the poor5 are supported in having their babies, not just the well off. Sadly, there are many government agencies and NGOs willing to provide a poor and illiterate woman with an abortion, contraception or sterilisation, but few willing to give her the care and support which pregnant mothers in the West rightly expect."
In  his address the Cardinal also spoke of the work Matercare is doing in Isiola, Kenya with the establishment of a new maternity hospital, the training of local midwives, setting up birth centres and providing surgery and other rehabilitation for women who have suffered injuries due to lack of skilled care during childbirth.
During the conference Pope Francis also met with conference doctors and health care workers to congratulate them in their fight against today's anti-life4 culture, stressing there is no true development without openness to life.

The achievements of MaterCare International in developing countries has been recognised worldwide
Pope Francis noted that in today's "paradoxical situation" a doctor risks losing his/her natural identity as the servant of life. The Pope lamented that while attributing to the person new rights, that sometimes are also presumed, life is not always safeguarded as the primary and primordial right of every person. "The final objective of doctor is always the defense and promotion of life," the Pope said, calling on professionals and health workers, especially gynecologists to collaborate in the birth of new life.
The Pope noted that a widespread mentality of utility and the 'culture of waste" that enslaves the heart and intelligence of many, calls for the elimination of human beings especially if they are physically and socially very weak.
Stressing that "the first right of a human person is his life" the Pope said that human life in its totality has become a priority of the Catholic Church, particularly those largely defenseless, such as the disabled, the sick, the unborn, the child and the elderly.
In this anti-life mentality, the Pope reminded the conference participants that the credibility of a healthcare system is not measured only on its efficiency, but above all for its attention and love for persons for people whose life is always sacred and inviolable.
SHARED FROM ARCHDIOCESE OF SYDNEY
Posted by Jesus Caritas Est at 1:59 PM No comments:

Posted by Jesus Caritas Est at 1:57 PM No comments:

The Sacred Scriptures have revealed the proper names of only three Angels, all of whom belong to the Choir of the Archangels. The names are well known to all, namely: Michael, Gabriel, Raphael. Ancient apocryphal literature of the Old Testament contains several other names of Archangels in addition to the three just mentioned. Like the sources themselves, these other names are spurious. Names like Uriel, Raguel, Sariel, and Jeremiel are not found in the canonical books of Sacred Scripture, but in the apocryphal book of Enoch, fourth book of Esdras, and in rabbinical literature. The Church does not permit proper names of Angels that are not found in the canonical books of the Bible. All such names that were taken from apocryphal writings were rejected under Pope Zachary, in 745. There must have been danger of serious abuses in this regard during that century, because a similar step was taken in a synod held at Aix-la-Chapelle in 789.
THE ARCHANGEL MICHAEL
Michael from the Hebrew

Posted by Jesus Caritas Est at 1:42 PM No comments: