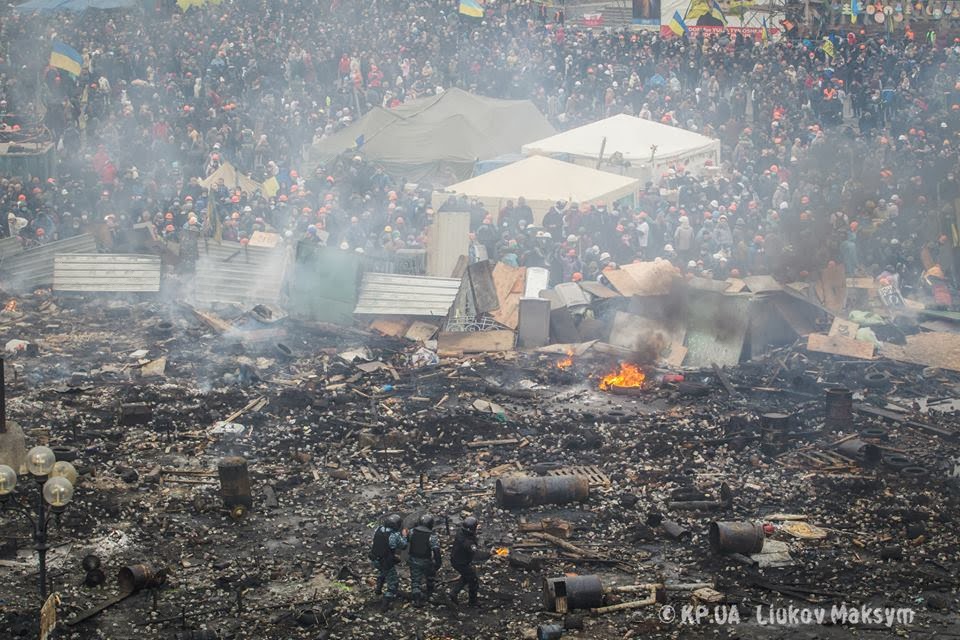 The Ukraine protests began the 21st of November 2013 in the capital Kiev. Violence centered around Euromaiden - the square in Kiev. Now protesters are calling for the resignation of President Viktor Yanukovych and his government. The protests started when the government suspended preparations for signing an Association Agreement and a Free Trade Agreement with the European Union and chose to have closer economic relations with Russia. Over 500,000 people were protesting in the square during December.

FOR BREAKING NEWS AND INSPIRATIONAL STORIES AND FREE MOVIES
LIKE US ON FACEBOOK NOW http://www.facebook.com/catholicnewsworld
Over 100 were killed today alone (Thurs. Feb. 20, 2014) President Yanukovych was trying to avoid the EU demand to free former Prime Minister Yulia Tymoshenko. Two years ago, she was found guilty in a Russian gas deal and sentenced to seven years in prison.
The head of the protesters is Vitali Klitschko a former world champion boxer. Klitschko heads the Ukrainian Democratic Alliance for Reforms party. President flew to Moscow, where he and Russian President Vladimir Putin announced Russia would buy $15 billion in Ukrainian debt and slash the price Kiev pays for its gas. He enforced a anti-protest law. Protesters took over City Hall for three months. The law was overturned. However, protests grew and became more violent. The President offered a bargain but the opposition refused. A truce was called Wednesday. Gunfire erupted Thursday at Maidan, or Independence Square, International officials are trying to end this violence.
U.S. Secretary of State John Kerry urged President Yanukovich to end the crackdown. "President Yanukovich has to decide whether he wants to protect his people, or further mayhem," he said.
Ukrainian Orthodox Church leaders has said that prayers for the current government will no longer be included in the liturgy. Instead the Holy Synod, asks believers to ask God to protect Ukraine and its people, and to pray and the many victims. This is because the government is using assault weapons, including snipers with automatic rifles, against Ukrainian people. (Ukraine Church update from Radio Vatican excerpt)

PLEASE PRAY FOR THE UKRAINE NOW!

FOR BREAKING NEWS AND INSPIRATIONAL STORIES AND FREE MOVIES
LIKE US ON FACEBOOK http://www.facebook.com/catholicnewsworld
Posted by Jesus Caritas Est at 3:29 PM