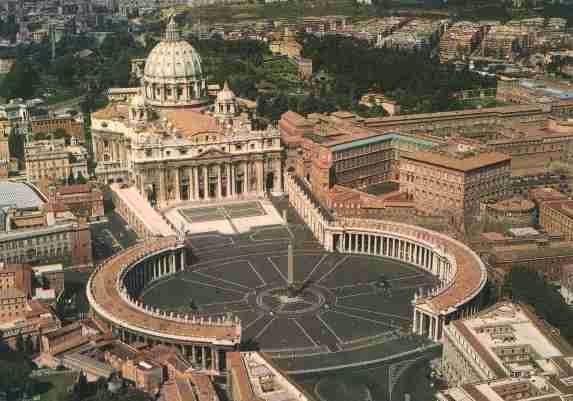 -TO THE BISHOPS OF MEXICO: PROMOTE ENCOUNTER THROUGH DIALOGUE AGAINST VIOLENCE
- AIF: SIGNIFICANT PROGRESS IN THE SUPERVISION OF FINANCIAL ACTIVITIES IN 2013
- CARDINAL BENIAMINO STELLA TAKES POSSESSION OF HIS DIACONATE
- EPISCOPAL ORDINATION OF SYNOD UNDER-SECRETARY
- CARDINAL FILONI, POPE'S SPECIAL ENVOY
- AUDIENCES
- OTHER PONTIFICAL ACTS
TO THE BISHOPS OF MEXICO: PROMOTE ENCOUNTER THROUGH DIALOGUE AGAINST VIOLENCE
Vatican City, 19 May 2014 (VIS) – This morning Pope Francis received the bishops of the Mexican Episcopal Conference, in Rome in these days for their five-yearly “ad limina” visit. At the end of the meeting, the Holy Father handed them the text of his planned address, extensive extracts of which are published below, in which he emphasised that fidelity to Jesus Christ must be lived as committed solidarity with the people and their needs.
Before delivering the text, the bishop of Rome emphasised that, despite the serious problems it faces, the Church in Mexico is “consolidated on strong pillars”, and he urged the bishops always to be faithful to the “dual transcendence”: the first in prayer with the Lord, and the second with closeness to the people.
“In recent years, the celebration of the bicentennial of Mexican independence and the centenary of the Mexican Revolution have offered a useful occasion for joining forces in favour of social peace and just, free and democratic co-existence. My predecessor Benedict XVI urged you 'not to let yourselves be intimidated by the powers of evil, but to be valiant and to work to ensure that the sap of your Christian roots may nourish your present and your future'. At the present moment, the many forms of violence that afflict Mexican society, especially the young, call for a renewed appeal to promote this spirit of harmony through the culture of encounter, dialogue and peace. … It is certainly not for pastors to offer technical solutions or to adopt policy measures that are outside the scope of their pastoral ministry; however, they must be tireless in their proclamation, to all, of the Good News: that God, in his mercy, made Himself a man and made Himself poor, that he wanted to suffer with those who suffer in order to save them. Fidelity to Jesus Christ must be lived as committed solidarity and closeness to the people and their needs, offering Gospel values from within”.
“I am aware of your work for those most in need … for those who work in subhuman conditions, … migrants in search of better living conditions, farmers. … I know of your concern for the victims of drug trafficking and for the most vulnerable social groups, and your commitment to the defence of human rights and the full development of the individual. All this, which is an expression of the 'intimate connection' between the Gospel and the search for the good of others contributes, without doubt, to the credibility of the Church and gives relevance to the voice of her pastors”.
He went on to emphasise that “the mission of the Church can not do without with the laity. ... I encourage you to promote their secular responsibility and provide them with adequate training to make visible the public dimension of faith. In order to achieve this, the social doctrine of the Church is a valuable tool that can help Christians in their daily struggle to build a more just and united world. ... In this way, the difficulties that may arise in the transmission of Christian faith between generations can also be overcome. The young see with their own eyes the living witnesses of faith, that truly embody in their life what they profess with their lips. Furthermore, they then spontaneously generate new processes of the evangelisation of culture. ... In this regard, the potential of popular piety constitutes an 'indispensable starting point in deepening the faith of the people and in bringing it to maturity'.”
The family is the “basic cell of society and the first centre for evangelisation. ... I urge you to intensify your pastoral care of the family – certainly, the value that is dearest to your people – so that, faced with the dehumanising culture of death, it may become a promoter of the culture of respect for life in all its phases, from conception to natural death”.
After reminding the prelates of the importance of their proximity to priests and consecrated persons, and the care that must be offered to their formation and to future vocations, the bishop of Rome fondly recalled that in their pastoral plans they had taken on board the Aparecida guidelines, the seventh anniversary of which falls in these days, emphasising the importance of the permanent continental mission, “placing all the pastoral mission of the Church in a missionary mode, and calling upon all of us to grow in parrhesia. ... In this way”, he concluded, “we can bear witness to Christ in life even among the most distant, and reach out of ourselves to work with enthusiasm in the task that has been entrusted to us, keeping our arms lifted in prayer”.
BAHRAIN: THE POSITIVE CONTRIBUTION OF THE CHRISTIAN MINORITY
Vatican City, 19 May 2014 (VIS) – Today the Holy Father Francis received in audience the King of Bahrain, His Majesty Hamad bin Isa Al Khalifa, who subsequently met with Cardinal Secretary of State Pietro Parolin, accompanied by Archbishop Dominique Mamberti, secretary for Relations with States.
The cordial discussions focused on various themes of common interest, with particular reference to the commitment towards peace and stability in the Middle East, as well as the promotion of dialogue and peaceful co-existence among all members of society.
Mention was then made of the Christian community’s positive contribution to the country, and appreciation was expressed for His Majesty’s personal interest in the needs of the local Catholic community.