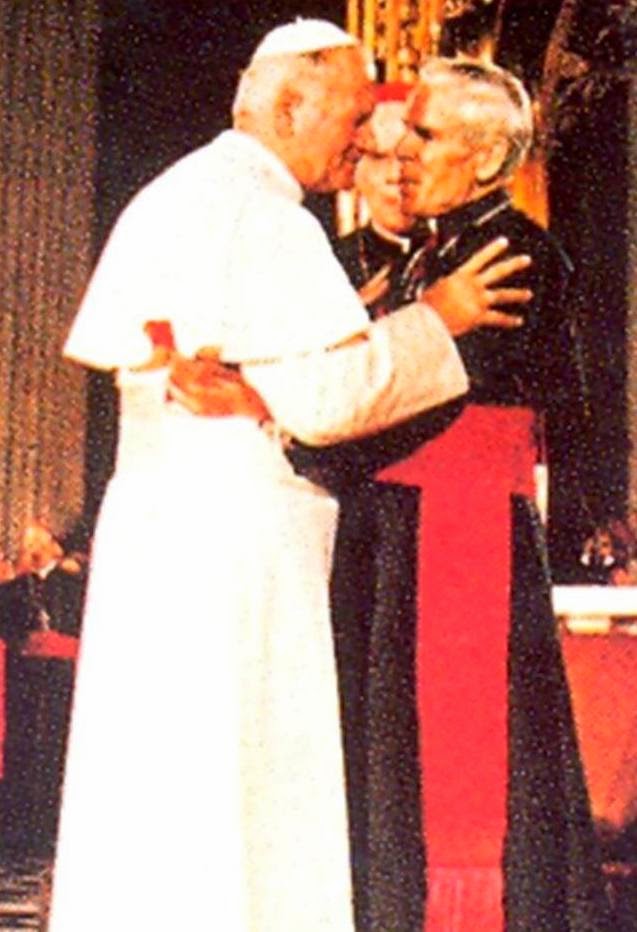 June 17, 2014 FOR IMMEDIATE RELEASE
Cause for Venerable Sheen’s Beatification moves to next step

Peoria, IL -- The Most Reverend Daniel R. Jenky, CSC, Bishop of Peoria and President of the Archbishop Fulton Sheen Foundation, received word today that the seven-member theological commis-sion who advise the Congregation of the Causes of Saints at the Vatican unanimously agreed that a re-ported miracle should be attributed to the intercession of the Venerable Servant of God Archbishop Ful-ton Sheen. The case involved a stillborn baby born in September 2010.
For over an hour the child demonstrated no signs of life as medical professionals attempted every possible life saving procedure, while the child's parents and loved ones began immediately to seek the intercession of Fulton Sheen.
After 61 minutes the baby was restored to full life and over three years later demonstrates a full recovery. Today's decision by the theologians comes after the March 2014 vote by the team of Vatican medical experts who affirmed that they could find no natural explanation for the child's healing. With the recom-mendations of the medical experts and now the theologians, the case will next be reviewed by the cardi-nals and bishops who advise the Pope on these matters. Finally, the miracle would be presented to Pope Francis who would then officially affirm that God performed a miracle through the intercession of Ful-ton Sheen.
There is no timeline as to when these next steps might move forward. Should Pope Francis validate this proposed miracle, Sheen could then be declared "Blessed" in a cere-mony that could be celebrated in Peoria, Sheen's hometown. Upon the Holy Father signing the decree for the beatification, an additional miracle would lead to the Canonization of Archbishop Sheen, in which he would be declared a “Saint.” For more information about Fulton Sheen and the Cause for his canonization, visit: ArchbishopSheenCause.org.