Meriam Ibrahim is Free! Mother Sentenced to Death for Christian Faith - Please Continue to Pray for her Safety... 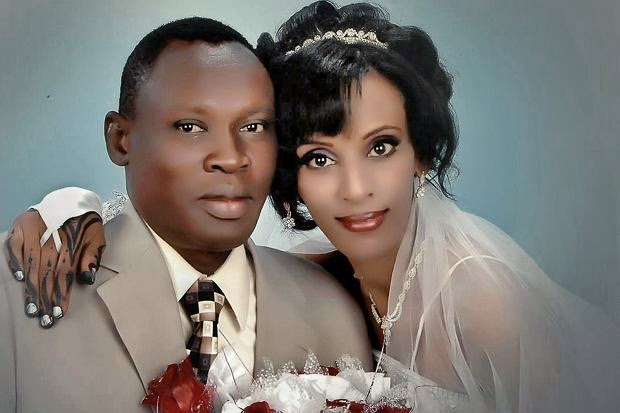 Meriam Yahya Ibrahim, age 27, of Sudan, who was sentenced to hanging for converting from Islam to Christianity has been released from prison. The official state news agency in Sudan, said the court ordered her to be freed. This was due to the great amount of Media coverage and appeals by world leaders.  Her Christian husband Daniel Wani is an American. The SUNA News agency said: "The appeal court ordered the release of Mariam Yahya and the cancellation of the court ruling." Meriam gave birth in prison while chained. She refused to renounce her Christian Faith. . There was Amnesty International campaign and the Change.org petition has over 980,000 signatures.

Christian Solidarity Worldwide can confirm that the appeal court reviewing the case of Meriam Ibrahim, the Sudanese Christian woman who was sentenced to death for apostasy and 100 lashes for adultery on 11 May, has quashed the original verdict, ordered her release, recognized her marriage and declared her innocent of all charges.

According to information received earlier by CSW, while in Omdurman Women’s Prison along with her two young children, Mrs Ibrahim had been visited by an Islamic scholar who read to her continuously from the Qur’an in order to help her to ‘return’ to the Islamic faith.

On 4 March Mrs Ibrahim was charged with adultery and apostasy under articles 146 and 126 of Sudan’s Penal Code respectively, after alleged family members whom she had never met informed the Sudanese authorities of her marriage to Daniel Wani, a Christian. The Public Order Court in El Haj Yousif Khartoum, chaired by Judge Abbas Khalifa, gave her three days to renounce her faith, and she was visited by Islamic scholars who attempted to pressure her to ‘return to the faith of her fathers’. Her sentence was confirmed on 15 May, after Mrs Ibrahim refused to renounce her faith.

Mrs Ibrahim was brought up as a Christian by her Ethiopian Orthodox mother after her Sudanese Muslim father left the family when she was 6 years old.  She testified of her lifelong Christian faith in court on 4 March, and Morning Star News reported that potential witnesses who also sought to testify of her lifelong adherence to Christianity were prevented from giving evidence to the court.

The Catholic Church of Khartoum issued a statement on 11 June confirming that Mrs Ibrahim and Mr Wani were married on 19 December 2011, and intimating that the alleged family members may have been motivated by a desire to access the couple’s businesses, which include a barber shop and agricultural product. The statement also said that a lawyer who initially dealt with Mrs Ibrahim and Mr Wani’s case in September 2013 was forced to stop representing them due to pressure from Mrs Ibrahim’s accusers, including from her alleged brother.

Members of Mrs Ibrahim’s current legal team have also received threats from extremists who have deemed their actions as ‘un-Islamic’, adding that they too should receive deaths sentences. Pressure has also come from Mrs Ibrahim’s accusers; her alleged brother has publicly stated the family would carry out the death sentence should the court acquit her. According to local sources, other alleged family members have also issued daily threats statements in the Sudanese press against the lawyers, and AFP News Agency reports that extremist groups have lobbied the Sudanese government to uphold the sentence. ”
For Background on this Story See;
http://jceworld.blogspot.ca/2014/05/young-christian-pregnant-mother.html
http://jceworld.blogspot.ca/2014/05/breaking-meriam-ibrahim-to-be-released.html
Posted by Jesus Caritas Est at 10:34 AM