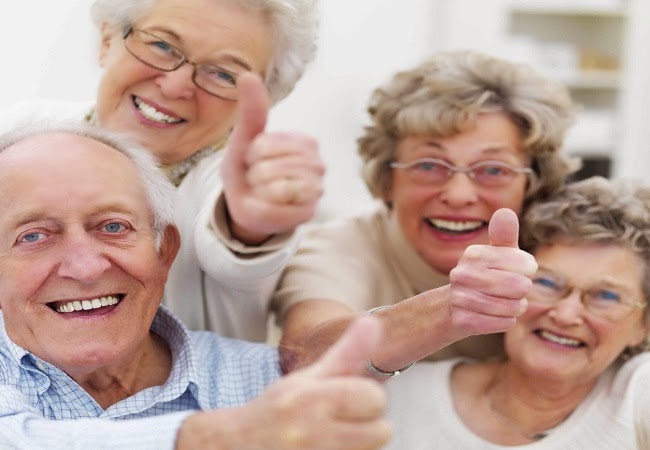 
(Vatican Radio) Since the beginning of his papacy, Pope Francis has called for increased attention and care for the young and the old. For those who represent the future and the memory and experience of humanity. One of his many quotes says our culture applies the ‘death penalty’ in the “hidden euthanasia of the elderly through neglect and maltreatment… a culture that “discards the elderly when, in fact, they are the seat of the wisdom of the people.”
Well, June 15 marks World Elder Abuse Awareness Day. It is a global occasion to raise awareness of the discrimination, violence and abuse older people face on a much larger scale than one would like to imagine.
In a world in which people are living longer, statistics show that around 4 to 6% of elderly people have experienced some form of maltreatment at home, and the incidence of abuse is expected to increase as many countries experience the phenomenon of a rapidly ageing population.
Elder maltreatment can lead to serious physical injuries and long-term psychological consequences. It is increasingly being recognized as a global social issue which affects the health and human rights of millions of older persons around the world, and an issue which deserves the attention of the international community.
That’s why HelpAge International – the global network of organizations that upholds the rights of older people -  is spearheading the “Age Demands Action for Rights” campaign. Together with other activists across the globe, it is demanding a new UN Convention on the Rights of Older People.
So, June 15 is a day of action in this regard and an occasion to sign the petition calling for a UN convention on older people's rights.
To find out more, Vatican Radio’s Linda Bordoni spoke to Amselet Tewodros, Country Director for HelpAge International in Tanzania who explains that older people across the globe experience different forms of abuse, according to age, gender and geographical location.Tewodros  points out the abuse is most often hidden, and is perpetrated in many forms including gender discrimination, neglect, verbal, emotional and physical abuse, financial abuse, property-related abuse, sexual abuse. Often – she says – it even takes place in health facilities and institutions.
Tewodros says that a particular form of abuse she comes across in her experience in East Africa involve accusations of witchcraft that can even lead to the killing of elderly people.
She says “a desk analysis that covered about 16 countries across the world indicates that from 11% to 83% of older people reported different forms of violence”.
She says it is a type of abuse that has no boundaries and cuts across diverse social and cultural contexts. In Africa too, where respect for elders is a deeply ingrained feature of culture, there is an increasing rate of violence against older people: “It is widespread cultural belief that interprets all forms of misfortunes by labeling the weakest members of society, mainly by accusing older men and women as witches”.
Tewodros says this is a paradoxical reality in a society where increasingly older people are taking on the responsibility of aids-orphaned households and caring for new generations. Despite this fundamental contribution to soceity – she says -  their work is often not recognized and their needs are not catered for.
Even as regards HIV/Aids – Tawadros says - older people need to be included in awareness campaigns and healthcare programmes.
Regarding the demand for a new UN Convention on the Rights of Older Persons, Tawadros says this is necessary because despite the existence of the Universal Declaration of Human Rights, older people are not recognized explicitly under the international human rights laws that legally oblige governments to realize the rights of all people. With a new UN convention, and the assistance of a Special Rapporteur, governments will have an explicit legal framework, guidance and support that will enable them to ensure that older people's rights are realized in our increasingly ageing societies.
Radio Vaticana Report
(Linda Bordoni)