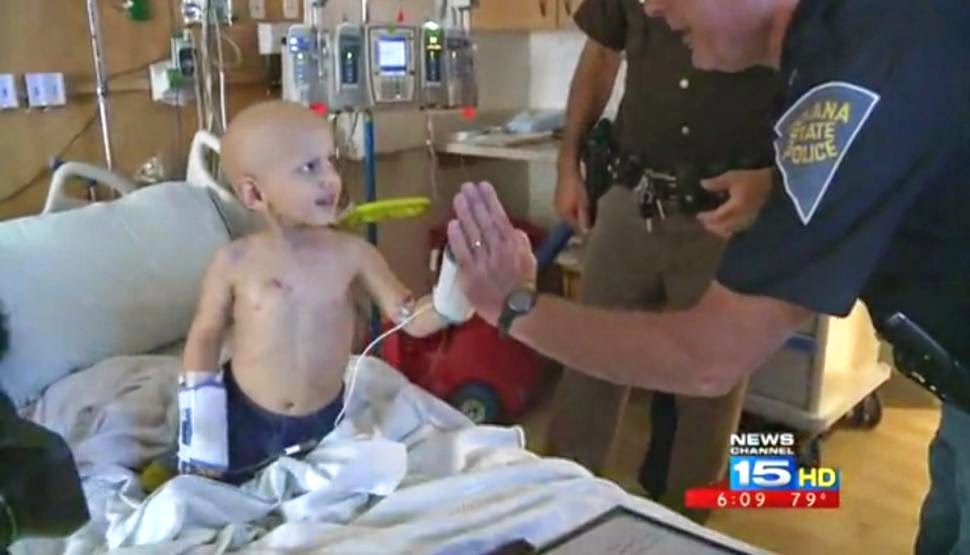 Wyatt Schmaltz, is 3-year-old and was diagnosed with stage 4 neuroblastoma a rare form of brain cancer. He was made Deputy Sheriff by Huntington County, Indiana.
For Breaking News, Prayers,  Inspirational Stories, and Free Catholic Movies LIKE http://fb.com/catholicnewsworld
Sheriff Terry Stoffehel said, "We have given Wyatt all the powers of a real Sheriff Deputy, which are to carry out the orders of the Sheriff,” Stoffehel said in a statement. “Right now, his only orders are to get better." He was given a small sized uniform and a special certificate. He recited an oath that all other deputies take. He is currently receiving chemotherapy at the Riley Hospital for Children at Indiana University Health. Wyatt's mother, April Schmaltz, said her son was excited about the badge. "It’s very touching that they would all do this for him," she said. "When he sees all the support, it makes him stronger."  "It brought tears to our team member's eyes to see officers who are sworn to protect and serve travel to pay tribute to one of our patients,” said hospital staff. 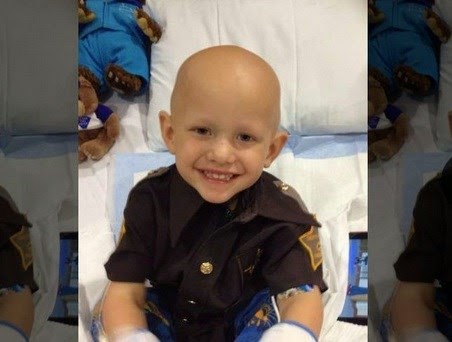