Pope Francis "Humanity needs to weep, and this is the time to weep." Full Text - Video - War Mass Memorial 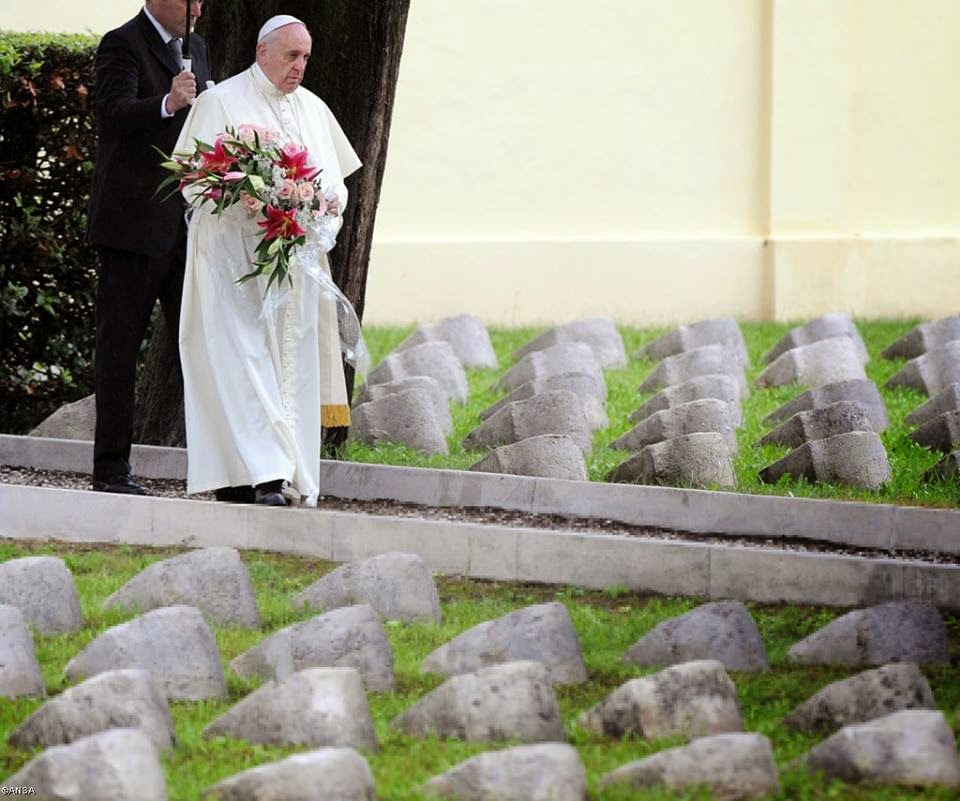 (Vatican Radio)  Pope Francis on Saturday morning celebrated Mass at the Italian Military Memorial of Redipuglia.  The visit to the area, which was the scene of fighting between Italy and the forces of the Central Powers during World War I, was to mark the centenary of the beginning of the war.  The Mass was said for the fallen and victims of all wars.