Pope Francis “it is precisely man’s forgetfulness of God, and his failure to give him glory, which gives rise to violence” Full Text to EU Parliament 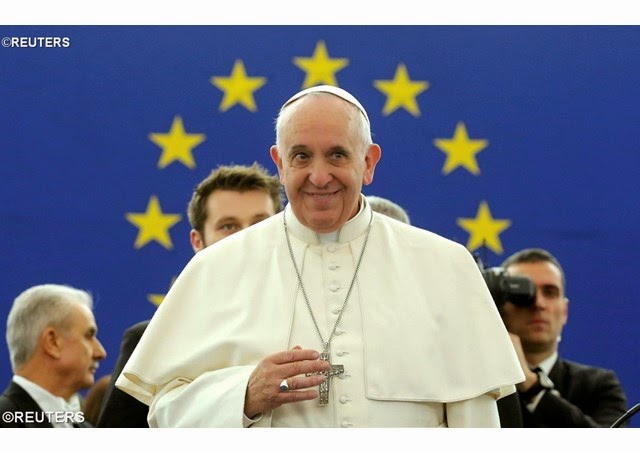