POPE FRANCIS “It is good to know that in the moment of suffering and of sickness that we are not alone,”

(Vatican Radio) At his weekly General Audience, Pope Francis spoke about the Sacrament of the Anointing of the Sick. This Sacrament, the Pope said, “allows us to ‘touch’ God’s compassion for man.” The Holy Father said the “profound mystery” of the Sacrament is expressed in a “biblical icon,” the parable of the Good Samaritan. “Every time we celebrated the Sacrament, the Lord Jesus, in the person of the priest, is close to the one who suffers and is gravely ill, or elderly.” When the good Samaritan tends to the victim of the robbers, the oil and wine he pours on his wounds represent the oil of the sick used in Sacrament, the love and grace of Jesus for those who are suffering. The good Samaritan then takes the man to an inn, and asks the innkeeper to care for him. The innkeeper, the Pope said, represents the Church, the Christian community, to whom, every day, Christ entrusts “those who are afflicted, whether in soul or in body, so that He can continue to bestow on them, without measure, all of His mercy and salvation.The Pope reminded the crowds that the Sacrament of Anointing of the Sick was specifically repeated in the New Testament, in the Letter of Saint James: “Is anyone among you sick? He should summon the presbyters of the church, and they should pray over him and anoint [him] with oil in the name of the Lord, and the prayer of faith will save the sick person, and the Lord will raise him up. If he has committed any sins, he will be forgiven.”But, Pope Francis said, too often people are afraid to call for the priest, because of a certain “taboo” around the whole topic of suffering and death. He encouraged Christians not to be afraid to request the Sacrament, but to remember that in the Sacrament Jesus is close to the sick and the aged. “It is good to know that in the moment of suffering and of sickness that we are not alone,” he said. The priest, and those present for the Sacrament represent the whole Christian community, which embraces those who are suffering and their families, supporting them with their prayers and their fraternal care. But the greatest comfort comes from knowing that Jesus Himself is present in the Sacrament, and that nothing can ever separate us from Him. (Vatican Radio) Below, please find the complete English-language summary of Pope Francis’ Angelus address for Wednesday, February 26, followed by his greetings to English-speaking pilgrims:
Dear Brothers and Sisters: In our catechesis on the sacraments, we now turn to the Sacrament of the Anointing of the Sick, which expresses God’s merciful presence to the sick, the suffering and the aged. The parable of the Good Samaritan reflects our Lord’s tender concern for those who suffer; like the Samaritan, and following Christ’s example and teaching, the Church brings God’s healing presence to the suffering through the sacramental sign of anointing with oil. As we learn from the Letter of James (5:14-15), the early Church continued his ministry to the sick through prayer and anointing by her presbyters. Through the celebration of the Anointing of the Sick, the Church accompanies us in facing the profound mystery of suffering and death. In a culture which all too often refuses to speak of these realities, we need all the more to recognize the beauty of this Sacrament and to appreciate, in spiritual solidarity with the whole Church, the presence of the Lord Jesus, who strengthens us in faith and hope, and reminds us that nothing – not even evil and death – can ever separate us from the saving power of his love. ...I greet all the English-speaking pilgrims present at today’s Audience, including those from England, Denmark, Canada and the United States. I greet in particular the participants in the World Congress of SIGNIS and the pilgrimage group of the Personal Ordinariate of the Chair of Saint Peter from the United States. With affection I greet the alumni and friends of the Pontifical Canadian College on the 125th anniversary of the College’s establishment. Upon all present I invoke joy and peace in Christ our Lord!
Text Vatican Radio website
Posted by Jesus Caritas Est at 4:36 PM No comments: Photo: Premium Times
Boko Haram (file photo)
OPEN DOORS RELEASE: Please pray for the situation in Yobe, where another Boko Haram attack has left an estimated 100 or more students dead.
Sources told Open Doors that as many as 100 students of the Federal Government College in Gujba village (near Damaturu in Yobe State) may have died on Monday night, when suspected Boko Haram members attacked the school and dormitory. After arriving around midnight, in six Toyota Hilux vans, the attackers separated the male and female students before shooting some students, slitting the throats of others or locking others into buildings before razing them.
A student, who had narrowly escaped, told Open Doors over the phone:
“I heard the cries of some people outside the school even before they invaded the school. I suspected that they caught some people on their way to the school, and sensed danger, so I jumped over the fence of the school and crawled into a ditch and stayed there praying and listening. From where I was hiding, I could hear other students crying at the top of their voices. I saw fire on the roofs of the hostels and other buildings in the school. I was counting myself among the dead, because some attackers came from behind and I heard them passing very close to where I was hiding. But God saved my life.”
Although it was reported on Monday that the death toll had risen to 57, local sources told Open Doors that more than hundred students were killed. Bala Ajiya, an official at the Specialist Hospital Damaturu, told Reuters by phone, “Fresh bodies have been brought in. More bodies were discovered in the bush after the students who had escaped with bullet wounds died from their injuries.”
Local church leaders told Open Doors that there are an unknown number of Christians among the deceased.
The school has been closed and surviving students have been sent home.
Please pray for all families affected
Parents from different parts of the region are streaming to the area to see if their children have survived. Witnesses told Open Doors that people could be seen in the town crying uncontrollably at the sight of the destruction yesterday. At the time of this report, bodies were still being brought into the mortuary in the nearby Damaturu, capital of Yobe state. Pray that God would be at work through His Spirit in these very tragic circumstances, comforting His children and drawing those who do not know Him closer to Himself.
Pray for wisdom and courage for the government to take the necessary action against Boko Haram
The attacks on schools are on the increase in Yobe, Adamawa and Borno state by the members of Boko Haram. In spite of the presence of the security in some parts of the state, these attacks continue unabated. This latest attack came only hours after President Goodluck told media the Nigerian army is in control of the situation. Pray that there will be constructive help for the Nigerian government in dealing with Boko Haram.
Pray for the brave but shaken Church in Yobe
Open Doors has recently visited Damaturu and witnessed widespread destruction from the continuing Boko Haram insurgency. This instability is adversely affecting the Church. After seeing the large number of casualties among Christians in the persistent attacks, many have opted to leave. This exodus is eroding the Church. Some courageous Christians have remained, but are in dire need of encouragement and support
“The truth is, life in the region is very difficult, and every single day is a miracle,” reported an Open Doors worker from northern Nigeria.
SHARED FROM OPEN DOORS
Posted by Jesus Caritas Est at 4:28 PM No comments:

POPE BENEDICT at rare Interview against allegations “There is absolutely no doubt regarding the validity of my resignation from the Petrine ministry,”

“There is absolutely no doubt regarding the validity of my resignation from the Petrine ministry,” Pope-emeritus Benedict XVI wrote. He said the only condition for the validity of his resignation was the complete freedom of his decision. He called speculation regarding its validity “simply absurd.”

He also clarified he continued to wear the white cassock and kept the name Benedict for “purely practical reasons,” noting that at the moment of his resignation there were no other clothes available.

In any case, he added that he wears the white cassock in a visibly different way to how the reigning Pope wears it. He called questions about his attire another case of “completely unfounded speculation”.

The Pope-emeritus also confirmed the accuracy of media reports about another letter he wrote to a friend. In that letter, he said he is “grateful to be bound by a great identity of views and a heartfelt friendship with Pope Francis”, and sees his “last and final job to support his pontificate with prayer.”
Text from Vatican Radio website
Full Text of Interview Internet translation from LaStampa:

Benedict XVI meets with a letter to Andrea Tornielli: Our Vatican had sent him some questions about alleged pressure and conspiracies that have caused the resignation 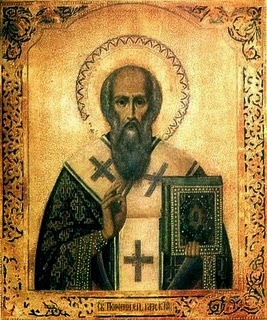 Posted by Jesus Caritas Est at 1:33 PM No comments: