Viral Coca-Cola Ad brings the Power of a Smile to the World - Share!

This Viral Coca-cola add helps brings happiness. Take a hint start smiling more and maybe you will change the world too. SHARE this to remind your friends of the power of a smile....
Youtube : Do you believe in the power of smiles to transform the world? We do. Coca-Cola sent our people all over the world, from Jamaica to the United Kingdom to Pakistan and more, to simply smile at strangers -- to see who would smile back. As we passed others on the street, on the bus or in the park, we gave a smile, held up smiley face posters or did a silly dance with a grin on our faces, all to prompt a little friendliness in the mundane.

When someone smiled back, they received a free Coke or some other fun prize: everything from sunglasses to hats to bicycles. Because when you give a smile, lives are changed. And so is the world, one smile at a time.
Posted by Jesus Caritas Est at 9:35 PM No comments: 
AllAfrica/Vanguard report: Suspected Boko Haram gunmen have reportedly kidnapped 20 women from a nomadic settlement in Borno State near the town of Chibok, where the Islamic militants abducted more than 300 schoolgirls and young women on April 15.
Alhaji Tar, a member of the vigilante groups set up to resist Boko Haram's attacks, said the men arrived at noon Thursday in the Garkin Fulani settlement and forced the women to enter their vehicles at gunpoint. He says they drove away to an unknown location in the remote stretch of Borno state.
Tar said the group also took three young men who tried to stop the kidnapping.
"We tried to go after them when the news got to us about three hours later, but the vehicles we have could not go far, and the report came to us a little bit late," he said.
In another incident, the Defense Headquarters said Monday that troops prevented raids by Boko Haram this weekend on villages in Borno and neighboring Adamawa state. Soldiers killed more than 50 militants on Saturday night as they were on their way to attack communities, defense spokesman Chris Oluklade said in an emailed statement.
The Nigerian military has come under rising criticism from Nigerians who say they're not protected by the security forces, left to fend off attacks by Boko Haram on their own.
Boko Haram, which wants to establish Islamic state in Nigeria, has been taking over villages in the northeast, killing and terrorizing civilians and political leaders. Thousands of people have been killed in the five-year-old insurgency, more than 2,000 people have been killed so far this year, and an estimated 750,000 Nigerians have been driven from their homes.
In recent weeks, the extremists have used a two-pronged strategy and widened their theater of operation beyond the remote northeast of the country. The group has bombed bus stations and marketplaces in three cities, killing about 250 people, and they are staging daily attacks on northeast villages, killing 20 people one day, and 50 another.
In one incident last week, the militants reportedly killed hundreds of civilians in three villages in the Gwoza local government. Residents said they had requested the military sends troops to protect the area.
Shared from AllAfrica.com and VanGuard
Posted by Jesus Caritas Est at 1:43 PM No comments:

ASIA NEWS REPORT: Former parliamentary speaker, Rivlin was born in Jerusalem, is married and has four children. From Likud, he supports settlements and claims "the country cannot be divided."
Jerusalem (AsiaNews) - Reuven Rivlin is the tenth president of Israel. He was elected today by the Knesset (Parliament) by 63 votes against 53, beating Meir Sheetrit.

Rivlin, 75, born in Jerusalem, married and father of four children, is a member of the Likud Party of Prime Minister Benjamin Netanyahu. He was, among other things, parliamentary speaker.
Considered a nationalist, in the past he has spoken in favor of settlements and against the idea of ​​a Palestinian state alongside Israel. "The country cannot be divided," he said, assuming "a system in one state," in which "the Jews would vote for a Jewish parliament and the Palestinians for an Arab parliament." A position that puts him at odds with Netanyahu's statements in support of the two-state solution.

Although the Israeli president occupies a largely ceremonial position and has no formal role, Rivlin's political opinions could still pose a problem for the international community.
SHARED FROM ASIA NEWS IT
Posted by Jesus Caritas Est at 1:29 PM No comments: 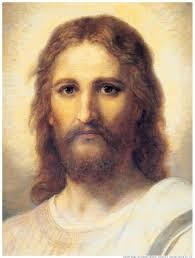 The brook near where Elijah was hiding ran dry,
because no rain had fallen in the land.
So the LORD said to Elijah:
“Move on to Zarephath of Sidon and stay there.
I have designated a widow there to provide for you.”
He left and went to Zarephath.
As he arrived at the entrance of the city,
a widow was gathering sticks there; he called out to her,
“Please bring me a small cupful of water to drink.”
She left to get it, and he called out after her,
“Please bring along a bit of bread.”
She answered, “As the LORD, your God, lives,
I have nothing baked;
there is only a handful of flour in my jar
and a little oil in my jug.
Just now I was collecting a couple of sticks,
to go in and prepare something for myself and my son;
when we have eaten it, we shall die.”
Elijah said to her, “Do not be afraid.
Go and do as you propose.
But first make me a little cake and bring it to me.
Then you can prepare something for yourself and your son.
For the LORD, the God of Israel, says,
‘The jar of flour shall not go empty,
nor the jug of oil run dry,
until the day when the LORD sends rain upon the earth.’”
She left and did as Elijah had said.
She was able to eat for a year, and Elijah and her son as well;
the jar of flour did not go empty,
nor the jug of oil run dry,
as the LORD had foretold through Elijah.

Jesus said to his disciples:
“You are the salt of the earth.
But if salt loses its taste, with what can it be seasoned?
It is no longer good for anything
but to be thrown out and trampled underfoot.
You are the light of the world.
A city set on a mountain cannot be hidden.
Nor do they light a lamp and then put it under a bushel basket;
it is set on a lampstand,
where it gives light to all in the house.
Just so, your light must shine before others,
that they may see your good deeds
and glorify your heavenly Father.”
Posted by Jesus Caritas Est at 12:15 PM No comments:


source: http://www.ewtn.com/saintsHoly/saints/G/stgetulius.asp#ixzz1xM1MQTEI
Posted by Jesus Caritas Est at 6:21 AM No comments: