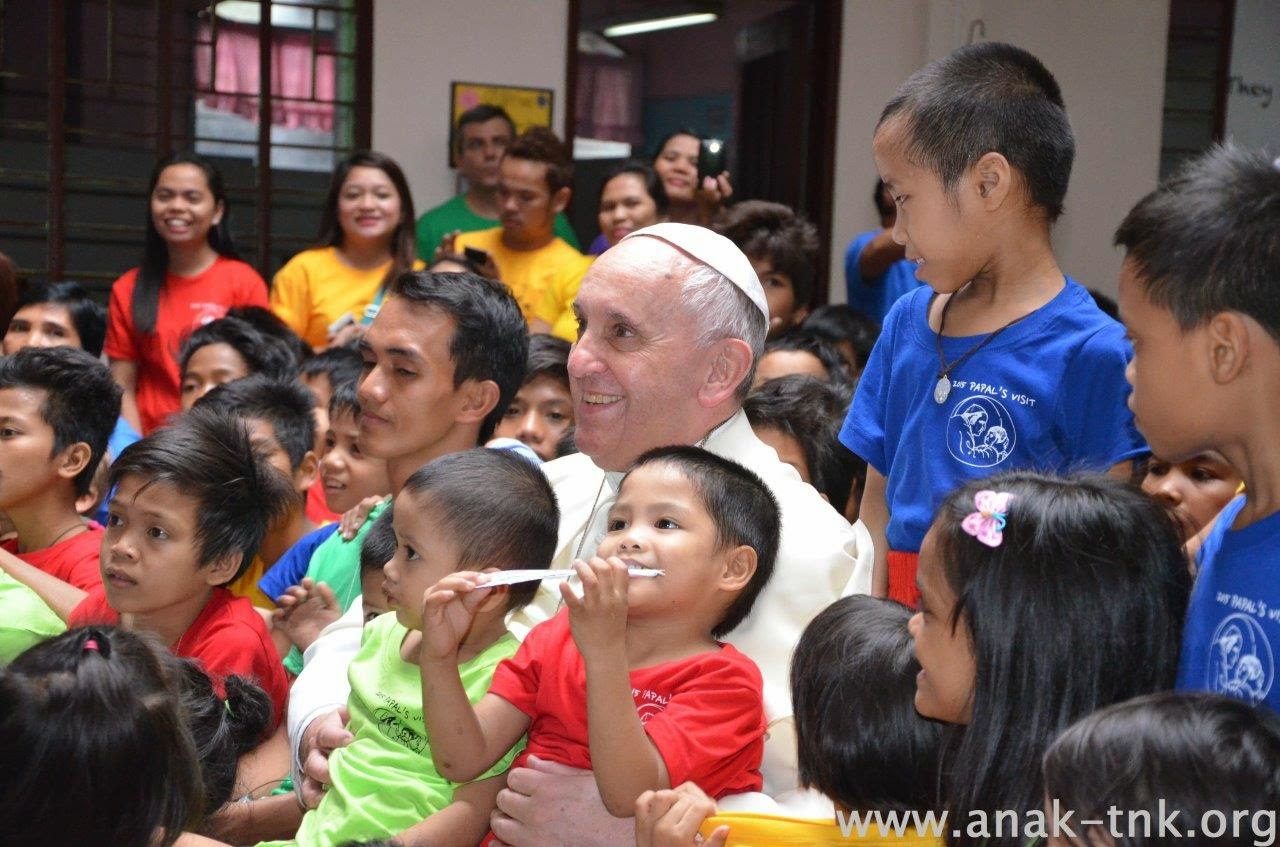 Pope Francis made a surprise visit to over 300 rescued street children on Friday, 16 Jan 2015.  The children had sent the Holy Father thousands of letters asking him to visit. The ANAK-Tnk Foundation  He spent about half an hour with them while they were singing and dancing in joy. The children had made small gifts for the Holy Father, including a wooden image of Our Lady and a photo of the Holy Sacrament amid rubbish for the adoration of group of scavengers. The ANAK center is run by Fr. Mathieu Dauchez , a French priest, it is home to 20 children. The center launched a letter-writing campaign “Even us?” last September asking a visit from the Pope. Cardinal Luis Antonio Tagle, archbishop of Manila, gave a thousand letters from the children, plus a video about their lives, to Pope Francis in Rome in October. Fr Matthieu told the Holy Father: “Those children, the poorest among the poor, are for sure the most vulnerable victims of our society. But they remain masters of joy, as one can see on their smiling faces.” One boy Alvin, aged 10, said: “This is awesome… He gave me such a huge, warm hug.”  The ANAK-Tnk Foundation was founded in Manila in 1998. It has helped many thousands of children to escape the streets over the past 16 years. On Sunday, two children from the Foundation will speak before the Pope at a youth meeting. 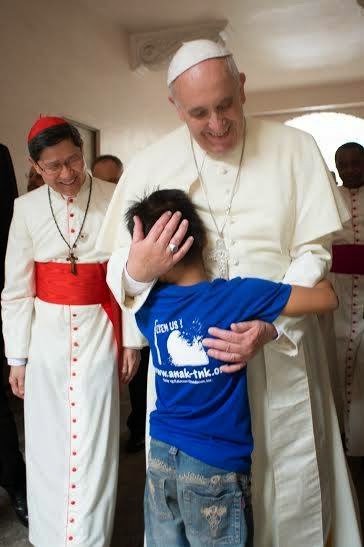 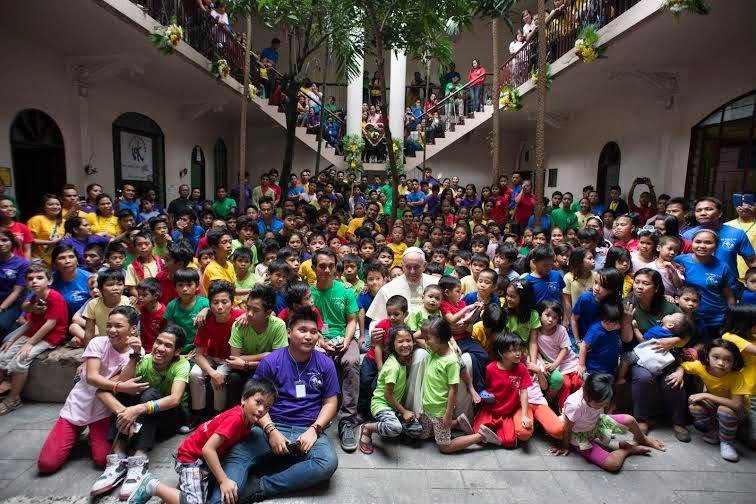 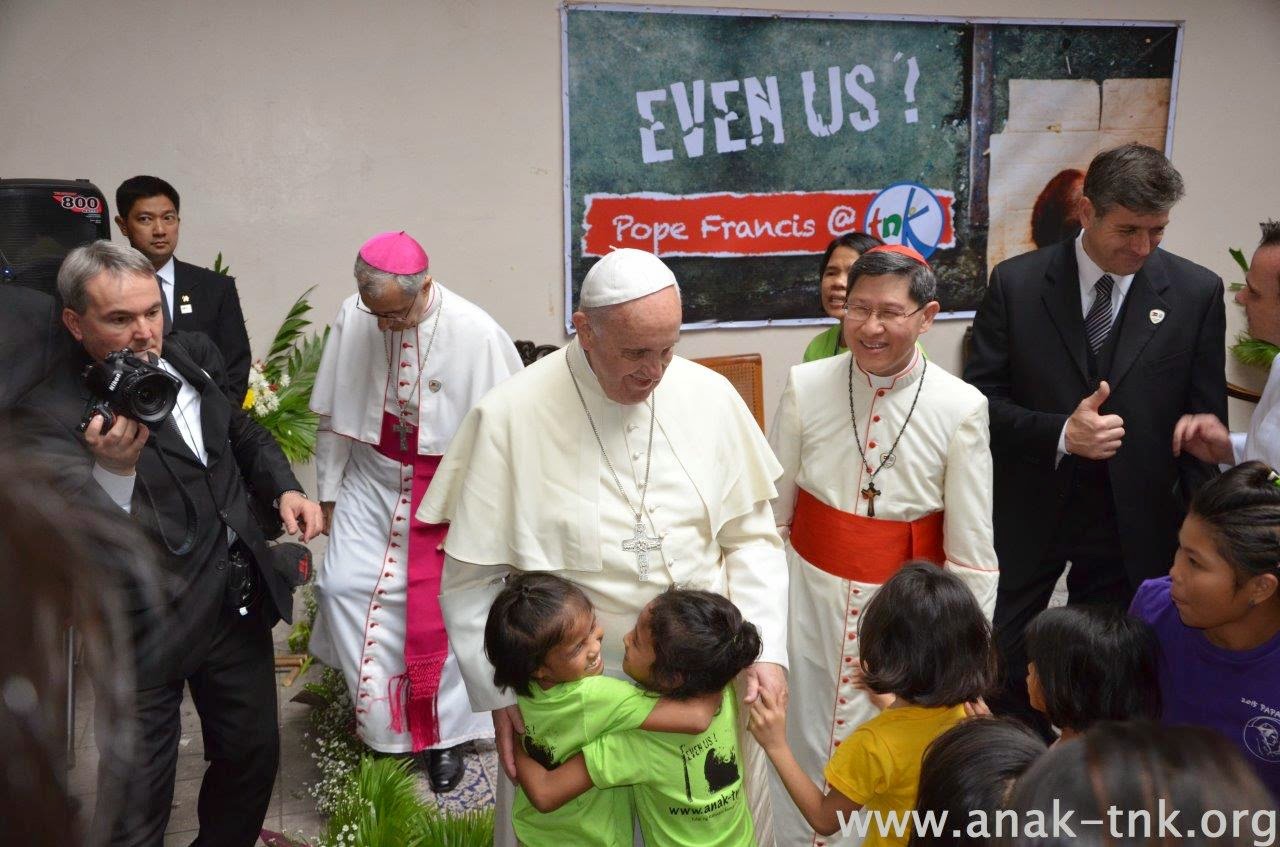 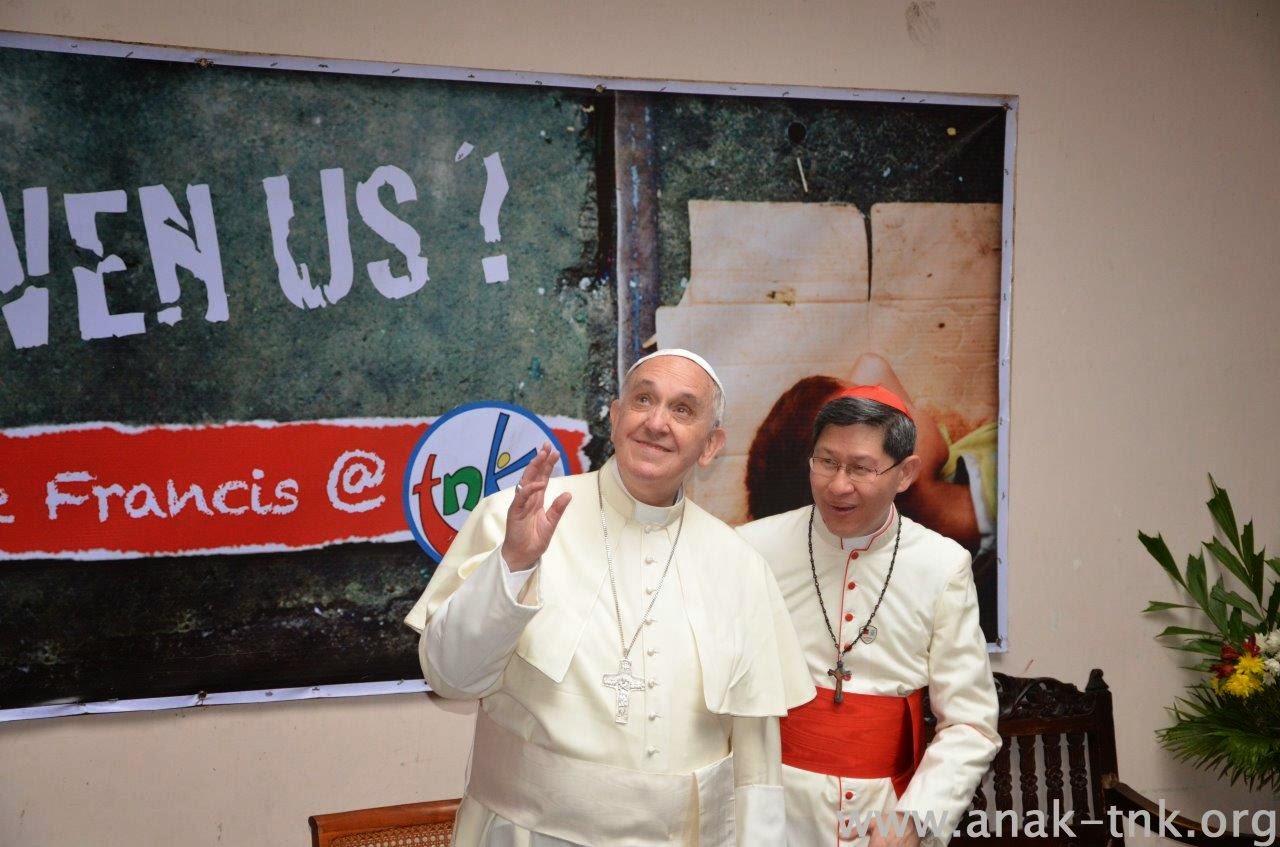