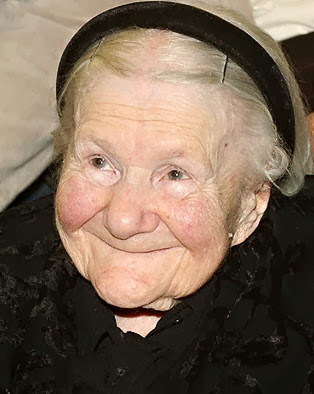 WWII hero Irena Sendler was born Irena Krzyżanowska on 15 February 1910 Warsaw, Poland. Irena Sendler led a secret operation to successfully smuggle 2,500 Jewish children out of the Warsaw Ghetto, saving them from almost certain death, was born in 1910. Sendler was a Polish Catholic nurse and social worker who began aiding Jews as early as 1939 after the Germans invaded Poland. At first, she helped to create false documents for over 3,000 Jewish families and later joined the Zegota, the underground Polish resistance organization created to aid the country's Jewish population.
FOR BREAKING NEWS AND INSPIRATIONAL STORIES AND FREE MOVIES
LIKE US ON FACEBOOK NOW
http://www.facebook.com/catholicnewsworld

In 1943, Sendler became head of Zegota's children's division and used her special access to the Warsaw Ghetto, granted to Social Welfare Department employees to conduct inspections for typhus, to set up a smuggling operation. She and her colleagues began secretly transporting babies and children out of the Ghetto by hiding them in an ambulance with a false bottom or in baskets, coffins, and even potato sacks. The children were then given false identities and placed with Polish families or in orphanages. To allow the children to be reunited with any surviving relatives following the war, Sendler buried lists containing the identities and locations of the children in jars.
After rescuing over 2,500 children, Sendler was arrested by the Gestapo, tortured and sentenced to death. Fortunately, Zegota was able to bribe the German guards as she was on her way to execution and she was forced to live in hiding for the remainder of the war. In 1965, Sendler was honored by Yad Vashem as one of the Polish Righteous among the Nations for her wartime efforts. She passed away in 2008 at the age of 98.
SHARED FROM FACEBOOK/GOOGLE
Posted by Jesus Caritas Est at 12:06 PM