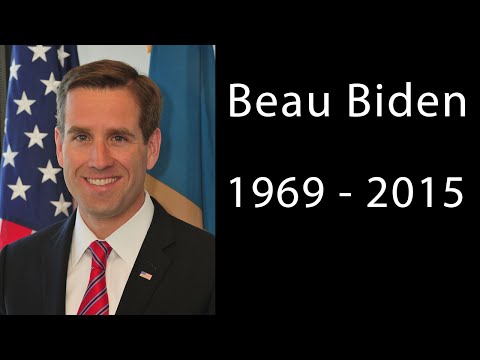 The son of Joe Biden, the US Vice-President, has died. Joseph Robinette "Beau" Biden III (February 3, 1969 – May 30, 2015) was an American attorney, an officer in the Army Judge Advocate General's Corps (JAG), and politician from Wilmington, Delaware. He died of brain cancer, at age 46 on 30 May 2015. Beau Biden was a rising star of US politics but suffered health problems in recent years. He had intended to run for Delaware state governor in 2016. "The entire Biden family is saddened beyond words", the vice-president said. In a statement, President Barack Obama said: "Michelle and I are grieving tonight." "Beau was a good, big-hearted, devoutly Catholic and deeply faithful man, who made a difference in the lives of all he touched - and he lives on in their hearts." Beau Biden was diagnosed with brain cancer in August 2013 and underwent treatment. However, the cancer returned earlier this year. Announcing the death in a statement, the vice-president said: "It is with broken hearts that Hallie, Hunter, Ashley, Jill and I announce the passing of our husband, brother and son, Beau, after he battled brain cancer with the same integrity, courage and strength he demonstrated every day of his life." Beau served in Iraq in 2009. He was in office January 2, 2007 – January 6, 2015. His wife was Hallie Biden and they had two children Natalie and Hunter. 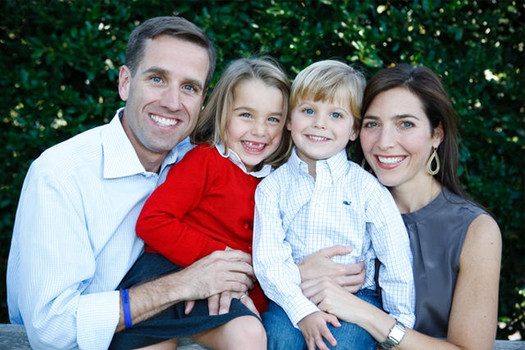 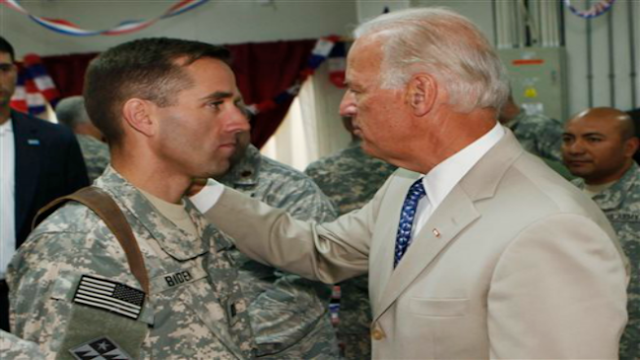 He was a member of the Democratic Party and the older son of U.S. Vice President Joe Biden and older step-son of Second Lady of the United States Jill Biden. In his early life his mother and younger sister, Naomi Christina Biden, (pictured below) were killed in an automobile accident in 1972. 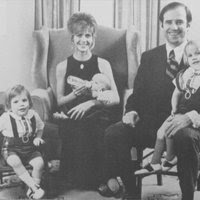 Beau and his brother Hunter were seriously injured. He and his brother encouraged his father to marry again, and Jill Jacobs became their stepmother in 1977. His half-sister Ashley was born in 1981. Joe Biden took oath of office as senator for Delaware by his son Beau's hospital bed in 1973. Joe Biden has said, "Beau embodied my father's saying that a parent knows success when his child turns out better than he did," he said, adding: "We know that Beau's spirit will live on in all of us." "Beau Biden was, quite simply, the finest man any of us have ever known," the statement ended.
Please pray for the repose of his soul and his family.
Posted by Jesus Caritas Est at 4:29 PM