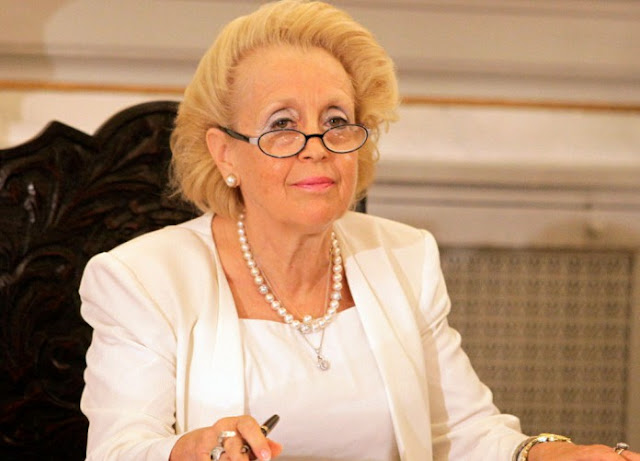 Vasiliki Thanou , age 65, has become  the first-ever woman prime minister of Greece. She was a supreme court chief justice. Thanou was sworn in Athens, Greece. Her post is non-political , as head of a service administration that will keep the wheels of government turning until national elections in four weeks’ time. Mrs Thanou’s is a caretaker cabinet. Her cabinet includes academics and retired diplomats, plus a popular singer. The president of Greece, Prokopis Pavlopoulos, appointed her after  Alexis Tsipras’s resignation as prime minister last week. Tsipras can now seek re-election, on 20 September, as head of Syriza party.