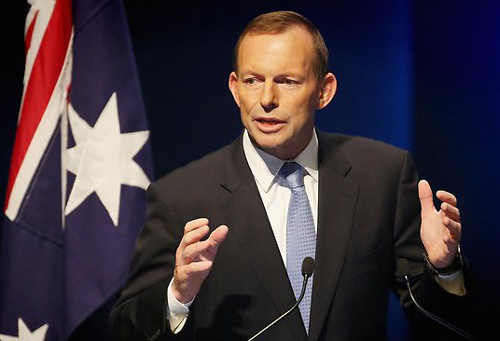 PM Tony Abbott said there was strong support for the Coalition's current position - not to change the Marriage Act.
The Prime Minister, Tony Abbott's announcement that Coalition MPs had voted against allowing a "conscience vote" by a 2 to 1 margin after a marathon six-hour party room meeting last night has been welcomed by the Australian Marriage Forum, the Marriage Alliance and a wide section of the public.

"The Federal Coalition has resoundingly rejected the cop-out of a 'conscience vote on marriage'," Dr David van Gend, President of the Australian Marriage Forum applauded in a statement released late last night.
Dr van Gend described the decision by the Coalition Party Room as a "win for responsible government."
"But above all, this is a win for future children who are now more likely to benefit from the only institution that guarantees them a mother and a father," he said and congratulated the Abbott Government for "holding true to its policy, honouring the truth of marriage and defending the rights of the child."
Managing Director of the Canberra-based Australian Christian Lobby (ACL), Lyle Shelton praised Coalition MPs this morning for maintaining their position, which was originally announced by the PM in the lead up to the 2013 Federal election.
However he warned that the campaign by those wanting to change the definition of marriage to allow same-sex couples to legally wed would continue and while the decision by the Coalition to back traditional marriage was a much needed reprieve, it was by no means a final victory. 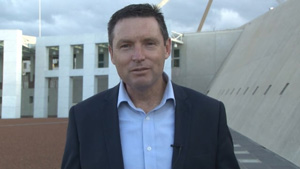 Australian Christian Lobby spokesperson Lyle Shelton
At a press conference after the Coalition's marathon six-hour debate over whether or not to allow a free vote on the issue, the Prime Minister insisted that there would be no debate on same-sex marriage in Parliament during the current term of Government, but flagged the possibility of a plebiscite or a Constitutional Referendum in the Government's next term in office.
"Going into the next election we will have more to say, but the disposition is that in the next term of Parliament we will put it to the people," Mr Abbott said.
It is understood Foreign Minister Julie Bishop, Social Services Minister Scott Morrison and Treasurer Joe Hockey aired proposals for a referendum to be taken to the next election, and was an idea  backed by many of the other 90 MPs who spoke either for or against a "conscience vote" on the issue in the Coalition Party Room last night. 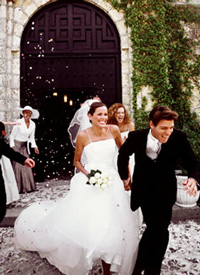 The Australian Marriage Act currently defines marriage as the union of a man and a woman to the exclusion of all others
While ACL's Lyle Shelton believes a plebiscite or Constitutional Referendum would let the people decide the issue rather than Parliamentarians, he says it was vital that there is equal funding on both sides of the debate and urged Parliament to impose a ban on overseas donations from either side.
In the recent Irish plebiscite which resulted in a "yes" vote for same-sex marriage, more than $16 million from the US and other countries poured in to support the campaign waged by advocates for same-sex marriage.
But even more important, Mr Shelton believes is that any referendum or plebiscites canvass the consequences of changing the Australian Marriage Act and redefining marriage from "the union between a man and a woman to the exclusion of all others," to "the union of two people" which would allow same-sex couples to be married under Australian law.
"The debate cannot continue with networks like Channel 7 and Channel 10 refusing to run innocuous commercials putting the other side of the argument," he says in reference to the free-to-air channels decision not to run the Marriage Alliance's "Tip of the Iceberg" ads.
He also takes issue with the word 'bigotry' which was used by journalists on social media last night and insisted that the use of this word must be dropped from the public discourse on same-sex marriage so that there is complete freedom to put an alternate view.
"Many Australians don't know that same-sex couples already have full equality under the law. If Australians were allowed to know this and be informed of the consequences of redefining marriage, I would be very confident a referendum would support the status quo," he said. 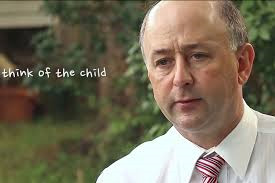 Dr David van Gend founder and President of the Australian Marriage Forum
"We need to unpack what 'Marriage Equality' means," he says.
He also cited the recent Sexton Marketing Poll commissioned by the newly-formed Marriage Alliance which found that as an issue of importance to ordinary Australians, same sex marriage comes way down the list, ranking at number 13 on the political issues Australians are most concerned about; far below health, education, job security, terrorism and the cost of living.
"Despite years of relentless media and celebrity championing of same-sex marriage, Australians still think it is a low order issue and want a more informed debate," he says.
The Coalition's decision not to allow a conscience vote or a debate on any of the four Bills currently either tabled or set to be tabled in Parliament to change the Marriage Act, during Abbott Government's current term in office is a chance to explore the issue, Mr Shelton says. US same sex lobbyists behind $16 million in funds for Irish campaign for marriage equality
Describing the next 12 to 14 months before the next Federal Election as breathing space in which the public is urged to explore the issue more fully, he urges mainstream Australians to use the opportunity the Coalition Party Room provided for people to keep speaking about the consequences of same- sex marriage, and to speak up "before it is too late."

Speaking after the Coalition Party Room meeting last night, Mr Abbott said that there had been a strong view by that if the Government was to drop the clear position it took to the last election supporting traditional marriage, even if it were to simply adjust the policy to the extent of having a free vote, would mean a lot of people who had voted for the Coalition would see this as a broken promise and feel "dudded." Shared from Archdiocese of Sydney
Posted by Jesus Caritas Est at 10:00 AM