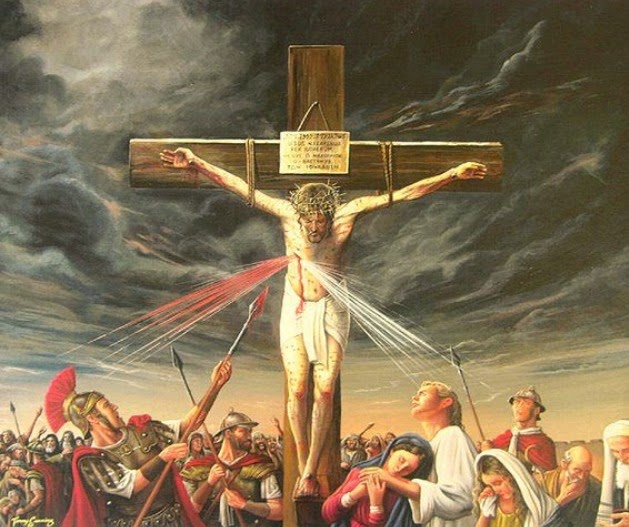 Jesus said to the Pharisees:
“I am going away and you will look for me,
but you will die in your sin.
Where I am going you cannot come.”
So the Jews said,
“He is not going to kill himself, is he,
because he said, ‘Where I am going you cannot come’?”
He said to them, “You belong to what is below,
I belong to what is above.
You belong to this world,
but I do not belong to this world.
That is why I told you that you will die in your sins.
For if you do not believe that I AM,
you will die in your sins.”
So they said to him, “Who are you?”
Jesus said to them, “What I told you from the beginning.
I have much to say about you in condemnation.
But the one who sent me is true,
and what I heard from him I tell the world.”
They did not realize that he was speaking to them of the Father.
So Jesus said to them,
“When you lift up the Son of Man,
then you will realize that I AM,
and that I do nothing on my own,
but I say only what the Father taught me.
The one who sent me is with me.
He has not left me alone,
because I always do what is pleasing to him.”
Because he spoke this way, many came to believe in him.
Posted by Jesus Caritas Est at 10:39 AM No comments:

Rome (AsiaNews) - Chinese police seized two priests today in the city of Mutanjiang (Heilongjiang). The two clergymen - Fr Shaoyun Quan, 41, and Fr Jianyou Cao, 43 - had just celebrated Mass. After their arrest at 10.30 am, they were taken to an unknown location.
Fr Quan, the parish priest, and Fr Cao, his deputy, serve underground communities that are not recognised by the government. They perform their duties at locations that are not registered with the Ministry of Religious Affairs.
Under existing rules, religious activities outside government control are illegal. Anyone involved in such actions can be arrested for "criminal" activities.
Still, local Catholics are stunned by the violence of the two clergymen's arrest. Although they are underground priests, their activities were known to police, and tolerated as long as they kept a "low profile". Indeed, the two carried out their duties, including evangelisation, "peacefully" and "quietly" in the past few months.
Lately, some observers and the international press have reported with some confidence that China would soon start talks with the Holy See over diplomatic relations.

However, in recent statements, Chinese authorities reiterated their intention to proceed with electing and appointing bishops without papal mandate or consideration for underground communities.
Posted by Jesus Caritas Est at 10:35 AM 1 comment: