#PopeFrancis at #Angelus "....He is in every human being, even the smallest and most defenseless.”

(Vatican Radio) Speaking to pilgrims and tourists gathered in St. Peter’s Square, beneath the window of the Papal apartments in the Apostolic Palace, for the Angelus prayer on Sunday, Pope Francis focused his remarks ahead of the traditional Marian devotion on the Gospel reading of the day, which was in Italy and many countries around the world, that of the Feast of Corpus Domini or Corpus Christi – the Solemnity of the Most Holy Body and Blood of Our Lord Jesus Christ – the great Eucharistic feast instituted in the 13th century for the entire Latin Church.“[The solemnity of Corpus Domini] evokes this message of solidarity and encourages us to embrace the intimate call to conversion to service, to love, and to forgiveness,” said Pope Francis. “It encourages us to become in our life, imitators of what we celebrate in the liturgy,” he explained. “Christ, who nourishes us under the consecrated species of bread and wine, is the same Christ, whom we meet during the course of everyday life: He is in the poor person who holds out his hand [in supplication]; He is the suffering person who implores [our] help; He is in the brother or sister who asks us to be there and awaits our welcome; He is in the child who knows nothing about Jesus, about salvation, who does not have the faith; He is in every human being, even the smallest and most defenseless.”
Indeed, following the Angelus, the rights of children to life, to education, to safe environments for play, were the subject of Pope Francis’ expressions of support for the World Day against Child Labor, to be marked this coming Friday. “Many children in the world do not have the freedom to play, to go to school, and end up being exploited as cheap labor,” he said, adding, “I hope the international community will remain attentively and steadfastly committed to the active promotion and effective recognition of children’s rights.”Pope Francis also looked forward to the Solemnity of the Sacred Heart, which will be celebrated this coming Friday as well. “[On] the Solemnity of the Sacred Heart of Jesus, let us think of the love of Jesus, of how He has loved us,” said the Holy Father.

(Vatican Radio) Pope Francis on Sunday called his brief, but intense visit to the city of Sarajevo, capital of Bosnia and Herzegovina, one he made as, “a pilgrim of peace and hope,” and he renewed his thanks to the civil and religious authorities of the city, as well as his encouragement to people of every ethnic group and religious tradition and confession in the country to continue on the path of reconciliation.
The Holy Father was speaking to pilgrims and tourists gathered in St. Peter’s Square, beneath the window of the Papal apartments in the Apostolic Palace, just after the Angelus prayer on Sunday.
“I renew my gratitude to the authorities and all the citizens for the warm welcome,” said Pope Francis. “In particular,” he continued, “I thank the dear Catholic community, to which I desired to bring the love of the universal Church.” The Holy Father went on to say, “I appreciate the commitment to collaboration and solidarity among people of different religions, urging everyone to continue the work of spiritual and moral reconstruction of society: they work together as true brothers and sisters.”
“The Lord bless Sarajevo and Bosnia and Herzegovina,” he concluded.
Posted by Jesus Caritas Est at 6:47 PM No comments:

#PopeFrancis meets with #Youth " You are called to this mission..." Text/Video

#PopeFrancis at #InterFaith "Dialogue is a school of humanity and a builder of unity..." Full Text

Pope Francis at an ecumenical and interfaith encounter during his visit to Sarajevo on Saturday June 6th - AFP
06/06/2015 14:26 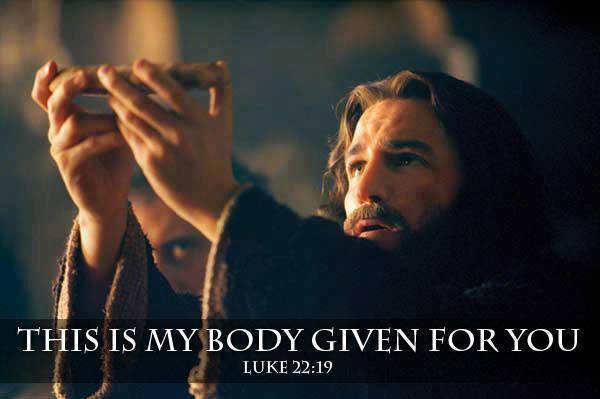 The Solemnity of the Most Holy Body and Blood of Christ (Corpus Christi)
Lectionary: 168

When Moses came to the people
and related all the words and ordinances of the LORD,
they all answered with one voice,
"We will do everything that the LORD has told us."
Moses then wrote down all the words of the LORD and,
rising early the next day,
he erected at the foot of the mountain an altar
and twelve pillars for the twelve tribes of Israel.
Then, having sent certain young men of the Israelites
to offer holocausts and sacrifice young bulls
as peace offerings to the LORD,
Moses took half of the blood and put it in large bowls;
the other half he splashed on the altar.
Taking the book of the covenant, he read it aloud to the people,
who answered, "All that the LORD has said, we will heed and do."
Then he took the blood and sprinkled it on the people, saying,
"This is the blood of the covenant
that the LORD has made with you
in accordance with all these words of his."

Brothers and sisters:
When Christ came as high priest
of the good things that have come to be,
passing through the greater and more perfect tabernacle
not made by hands, that is, not belonging to this creation,
he entered once for all into the sanctuary,
not with the blood of goats and calves
but with his own blood, thus obtaining eternal redemption.
For if the blood of goats and bulls
and the sprinkling of a heifer's ashes
can sanctify those who are defiled
so that their flesh is cleansed,
how much more will the blood of Christ,
who through the eternal Spirit offered himself unblemished to God,
cleanse our consciences from dead works
to worship the living God.

For this reason he is mediator of a new covenant:
since a death has taken place for deliverance
from transgressions under the first covenant,
those who are called may receive the promised eternal inheritance.

Laud, O Zion, your salvation,
Laud with hymns of exultation,
Christ, your king and shepherd true:

Bring him all the praise you know,
He is more than you bestow.
Never can you reach his due.

Special theme for glad thanksgiving
Is the quick’ning and the living
Bread today before you set:

From his hands of old partaken,
As we know, by faith unshaken,
Where the Twelve at supper met.

Full and clear ring out your chanting,
Joy nor sweetest grace be wanting,
From your heart let praises burst:

For today the feast is holden,
When the institution olden
Of that supper was rehearsed.

Now the new the old effaces,
Truth away the shadow chases,
Light dispels the gloom of night.

What he did at supper seated,
Christ ordained to be repeated,
His memorial ne’er to cease:

And his rule for guidance taking,
Bread and wine we hallow, making
Thus our sacrifice of peace.

This the truth each Christian learns,
Bread into his flesh he turns,
To his precious blood the wine:

Sight has fail’d, nor thought conceives,
But a dauntless faith believes,
Resting on a pow’r divine.

Here beneath these signs are hidden
Priceless things to sense forbidden;
Signs, not things are all we see:

Blood is poured and flesh is broken,
Yet in either wondrous token
Christ entire we know to be.

Whoso of this food partakes,
Does not rend the Lord nor breaks;
Christ is whole to all that taste:

Thousands are, as one, receivers,
One, as thousands of believers,
Eats of him who cannot waste.

Bad and good the feast are sharing,
Of what divers dooms preparing,
Endless death, or endless life.

Life to these, to those damnation,
See how like participation
Is with unlike issues rife.

When the sacrament is broken,
Doubt not, but believe ‘tis spoken,
That each sever’d outward token
doth the very whole contain.

The shorter form of the sequence begins here.

Lo! the angel’s food is given
To the pilgrim who has striven;
see the children’s bread from heaven,
which on dogs may not be spent.

Very bread, good shepherd, tend us,
Jesu, of your love befriend us,
You refresh us, you defend us,
Your eternal goodness send us
In the land of life to see.

You who all things can and know,
Who on earth such food bestow,
Grant us with your saints, though lowest,
Where the heav’nly feast you show,
Fellow heirs and guests to be. Amen. Alleluia.

On the first day of the Feast of Unleavened Bread,
when they sacrificed the Passover lamb,
Jesus’ disciples said to him,
"Where do you want us to go
and prepare for you to eat the Passover?"
He sent two of his disciples and said to them,
"Go into the city and a man will meet you,
carrying a jar of water.
Follow him.
Wherever he enters, say to the master of the house,
'The Teacher says, "Where is my guest room
where I may eat the Passover with my disciples?"'
Then he will show you a large upper room furnished and ready.
Make the preparations for us there."
The disciples then went off, entered the city,
and found it just as he had told them;
and they prepared the Passover.
While they were eating,
he took bread, said the blessing,
broke it, gave it to them, and said,
"Take it; this is my body."
Then he took a cup, gave thanks, and gave it to them,
and they all drank from it.
He said to them,
"This is my blood of the covenant,
which will be shed for many.
Amen, I say to you,
I shall not drink again the fruit of the vine
until the day when I drink it new in the kingdom of God."
Then, after singing a hymn,
they went out to the Mount of Olives.
Posted by Jesus Caritas Est at 12:45 PM No comments: 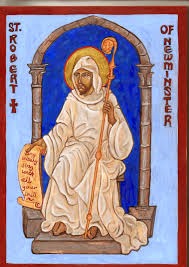