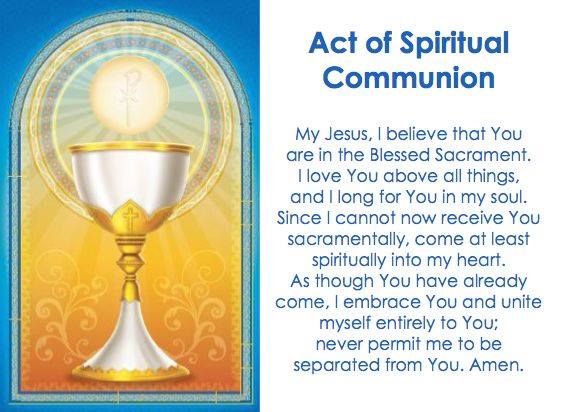 In those days, Elijah the prophet went to Zarephath.
As he arrived at the entrance of the city,
a widow was gathering sticks there; he called out to her,
"Please bring me a small cupful of water to drink."
She left to get it, and he called out after her,
"Please bring along a bit of bread."
She answered, "As the LORD, your God, lives,
I have nothing baked; there is only a handful of flour in my jar
and a little oil in my jug.
Just now I was collecting a couple of sticks,
to go in and prepare something for myself and my son;
when we have eaten it, we shall die."
Elijah said to her, "Do not be afraid.
Go and do as you propose.
But first make me a little cake and bring it to me.
Then you can prepare something for yourself and your son.
For the LORD, the God of Israel, says,
'The jar of flour shall not go empty,
nor the jug of oil run dry,
until the day when the LORD sends rain upon the earth.'"
She left and did as Elijah had said.
She was able to eat for a year, and he and her son as well;
the jar of flour did not go empty,
nor the jug of oil run dry,
as the LORD had foretold through Elijah.

Christ did not enter into a sanctuary made by hands,
a copy of the true one, but heaven itself,
that he might now appear before God on our behalf.
Not that he might offer himself repeatedly,
as the high priest enters each year into the sanctuary
with blood that is not his own;
if that were so, he would have had to suffer repeatedly
from the foundation of the world.
But now once for all he has appeared at the end of the ages
to take away sin by his sacrifice.
Just as it is appointed that human beings die once,
and after this the judgment, so also Christ,
offered once to take away the sins of many,
will appear a second time, not to take away sin
but to bring salvation to those who eagerly await him.

In the course of his teaching Jesus said to the crowds,
"Beware of the scribes, who like to go around in long robes
and accept greetings in the marketplaces,
seats of honor in synagogues,
and places of honor at banquets.
They devour the houses of widows and, as a pretext
recite lengthy prayers.
They will receive a very severe condemnation."

He sat down opposite the treasury
and observed how the crowd put money into the treasury.
Many rich people put in large sums.
A poor widow also came and put in two small coins worth a few cents.
Calling his disciples to himself, he said to them,
"Amen, I say to you, this poor widow put in more
than all the other contributors to the treasury.
For they have all contributed from their surplus wealth,
but she, from her poverty, has contributed all she had,
her whole livelihood."

Jesus sat down opposite the treasury
and observed how the crowd put money into the treasury.
Many rich people put in large sums.
A poor widow also came and put in two small coins worth a few cents.
Calling his disciples to himself, he said to them,
"Amen, I say to you, this poor widow put in more
than all the other contributors to the treasury.
For they have all contributed from their surplus wealth,
but she, from her poverty, has contributed all she had,
her whole livelihood."
Posted by Jesus Caritas Est at 10:08 PM No comments: 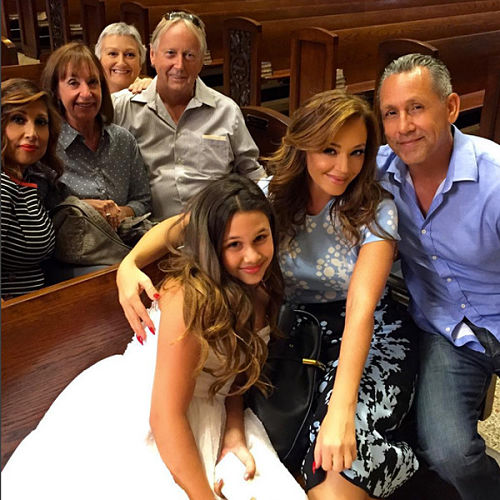 Leah Remini an actress from "King of Queens", "Saved by the Bell" and other roles publicly renounced her former religion of Scientology in 2013. She was part of the Church of Scientology for over three decades from the age of 9, when her mother converted.  Leah Remini has now professed her adherence to the Catholic Faith saying, "Nobody is asking me for money. Nobody is demanding that I come," which she told People Magazine. "I light a candle. I sit and I listen" said Remini, now 45. She just released a book entitled "Troublemaker: Surviving Hollywood and Scientology" about her troubles with this religion. However, she was baptized Catholic and learned about the religion from her Sicilian grandmother. In September her daughter Sofia, 11, was also baptized Catholic as seen in the picture above. "A very special day for our little girl and her Godparents,” Remini wrote on her Instagram account with the hashtags #baptism #catholic #newbeginnings. Remini's husband, Angelo Pagán, also tweeted "For the record @leahremini and I have always been Catholic ! Why we waited so long to baptize Sofia ! Hmmm….anyway it was a beautiful experience and our little angel is on her way to a more spiritual existence. God Bless" Remini explained that she gave nearly $5 million to the Church of Scientology over her 35 years in the religion. Remini, says she now finds peace at the Catholic church "by myself, sitting and praying and doing my rosary." "Sometimes I don't do anything," she continues. "To me it's what religion is supposed to be: a beautiful thing."
Posted by Jesus Caritas Est at 4:35 PM 6 comments:

Pope Francis meets with 2015 Nobel Peace Prize winners, representing the Tunisian National Dialogue Quartet - OSS_ROM
07/11/2015 14:
(Vatican Radio) Pope Francis met privately with the 2015 Nobel Peace Prize winners on Saturday, calling them “architects of peace.”
The 2015 Prize went to Tunisian National Dialogue Quartet, for what the Nobel Committee  called "its decisive contribution to the building of a pluralistic democracy in Tunisia in the wake of the Jasmine Revolution of 2011."
Pope Francis met for 15 minutes with Mohamed Fadhel Mahfoudh, Abdessatar Ben Moussa, Wided Bouchamaoui, and Houcine Abbassi on Saturday morning.
The four represented the Tunisian General Labour Union; the Tunisian Confederation of Industry, Trade and Handicrafts; the Tunisian Human Rights League, and the Tunisian Order of Lawyers. The four organizations helped to establish a new constitution and presidential elections last year after a series of political assassinations in 2013.
During the meeting, Pope Francis said they accomplished their work “with their hands and their hearts,” and praised the methodology they used for dialogue and bringing stability to Tunisia.
The Nobel Laureates, for their part, thanked Pope Francis for receiving them, and called him a “true man of peace.” The gave the Pope a portrait of Mahatma Gandhi.
Posted by Jesus Caritas Est at 2:41 PM No comments: 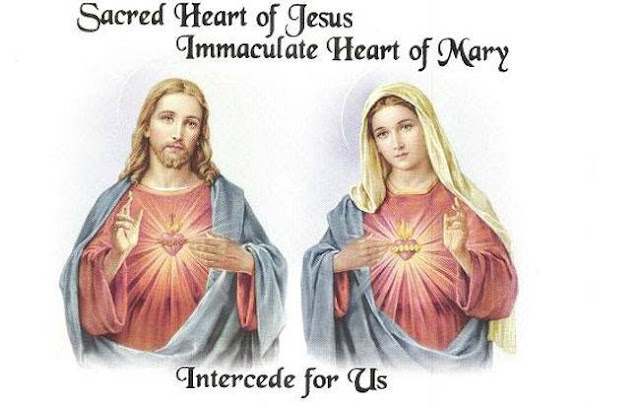 Saturday of the Thirty-first Week in Ordinary Time
Lectionary: 490

Brothers and sisters:
Greet Prisca and Aquila, my co-workers in Christ Jesus,
who risked their necks for my life,
to whom not only I am grateful but also all the churches of the Gentiles;
greet also the Church at their house.
Greet my beloved Epaenetus,
who was the firstfruits in Asia for Christ.
Greet Mary, who has worked hard for you.
Greet Andronicus and Junia,
my relatives and my fellow prisoners;
they are prominent among the Apostles
and they were in Christ before me.
Greet Ampliatus, my beloved in the Lord.
Greet Urbanus, our co-worker in Christ,
and my beloved Stachys.
Greet one another with a holy kiss.
All the churches of Christ greet you.

I, Tertius, the writer of this letter, greet you in the Lord.
Gaius, who is host to me and to the whole Church, greets you.
Erastus, the city treasurer,
and our brother Quartus greet you.

Now to him who can strengthen you,
according to my Gospel and the proclamation of Jesus Christ,
according to the revelation of the mystery kept secret for long ages
but now manifested through the prophetic writings and,
according to the command of the eternal God,
made known to all nations to bring about the obedience of faith,
to the only wise God, through Jesus Christ
be glory forever and ever. Amen.

Jesus said to his disciples:
“I tell you, make friends for yourselves with dishonest wealth,
so that when it fails, you will be welcomed into eternal dwellings.
The person who is trustworthy in very small matters
is also trustworthy in great ones;
and the person who is dishonest in very small matters
is also dishonest in great ones.
If, therefore, you are not trustworthy with dishonest wealth,
who will trust you with true wealth?
If you are not trustworthy with what belongs to another,
who will give you what is yours?
No servant can serve two masters.
He will either hate one and love the other,
or be devoted to one and despise the other.
You cannot serve God and mammon.”

The Pharisees, who loved money,
heard all these things and sneered at him.
And he said to them,
“You justify yourselves in the sight of others,
but God knows your hearts;
for what is of human esteem is an abomination in the sight of God.”
Posted by Jesus Caritas Est at 1:52 PM No comments: