#PopeFrancis “My wish, is that you can live in peace, regardless of your ethnic group, your culture, your religion..." at Refugee Camp in CAR Africa

(Vatican Radio)  Pope Francis on Sunday visited a refugee camp in Bangui housing people displaced by the sectarian violence in the Central African Republic (CAR) and told them “we are all brothers, regardless of our ethnic or religious group.”  In brief off-the-cuff remarks to those living in the camp, the Pope said “We must work, pray and do everything possible for peace.” But as he then went on to warn, “peace is not possible without love, without friendship, without tolerance and without forgiveness.”
Speaking whilst surrounded by many children, the Pope told them he had read what the children had written: “peace, forgiveness, unity and love.” “My wish,” he continued, “is that you can live in peace, regardless of your ethnic group, your culture, your religion and your social background… everybody living in peace because we are all brothers.”  He then urged those present to repeat the words “we are all brothers,” saying it was for this reason that “we want peace.”
RomeReports:
POPE FRANCIS
"I greet all of you and I tell all of you what I've read that children have written: Peace, forgiveness, unity, love, many things...We have to work and pray and do everything for peace. But peace without love, without friendship, without tolerance, without forgiveness, is not possible. Every one of us must do something. I hope for peace for you and for all Central Africans. A great peace between you. If you want to live in peace, it must be with anyp ethnicity, culture, religion, or social class. But everyone in peace. Everyone. Because we are all brothers. I would like for everyone to say together, 'We are all brothers.'”

"And for that reason, because we are all brothers, we hope for peace. I will give you the blessing of Lord.”

"And pray for me.”
Posted by Jesus Caritas Est at 9:11 PM No comments:

#PopeFrancis to #Evangelicals "...by virtue of the common baptism we have received..." in #Africa CAR - FULL TEXT

(Vatican Radio) Pope Francis on Sunday met with representatives of the various evangelical communities in Africa, as he visited the Bangui Evangelical School of Theology. In his address to the gathering, the Pope stressed that "the lack of unity among Christians is a scandal, above all because it is contrary to God’s will. It is also a scandal, he said, "when we consider the hatred and violence which are tearing humanity apart."
Below, please find the full text of Pope Francis’ prepared remarks:
Address of His Holiness Pope Francis
Meeting with Evangelical Communities
Bangui, Faculty of Evangelical Theology
29 November 2015
Dear Brothers and Sisters,
I am happy to be able to meet you in this Faculty of Evangelical Theology. I thank the Dean of the Faculty and the President of the Evangelical Alliance of Central Africa for their kind words of welcome. With fraternal affection I greet each of you and, through you, all the members of your communities. All of us are here in the service of the risen Lord who assembles us today; and, by virtue of the common baptism we have received, we are sent to proclaim the joy of the Gospel to men and women of this beloved country of Central Africa.
For all too long, your people have experienced troubles and violence, resulting in great suffering. This makes the proclamation of the Gospel all the more necessary and urgent. For it is Christ’s own flesh which suffers in his dearest sons and daughters: the poorest of his people, the infirm, the elderly, the abandoned, children without parents or left to themselves without guidance and education. There are also those who have been scarred in soul or body by hatred and violence, those whom war has deprived of everything: work, home and loved ones.
God makes no distinctions between those who suffer. I have often called this the ecumenism of blood. All our communities suffer indiscriminately as a result of injustice and the blind hatred unleashed by the devil. Here I wish to express my closeness and solidarity to Pastor Nicholas, whose home was recently ransacked and set on fire, as was the meeting-place of his community. In these difficult circumstances, the Lord keeps asking us to demonstrate to everyone his tenderness, compassion, and mercy. This shared suffering and shared mission are a providential opportunity for us to advance together on the path of unity; they are also an indispensable spiritual aid. How could the Father refuse the grace of unity, albeit still imperfect, to his children who suffer together and, in different situations, join in serving their brothers and sisters?
Dear friends, the lack of unity among Christians is a scandal, above all because it is contrary to God’s will. It is also a scandal when we consider the hatred and violence which are tearing humanity apart, and the many forms of opposition which the Gospel of Christ encounters. I appreciate the spirit of mutual respect and cooperation existing between the Christians of your country, and I encourage you to continue on this path of common service in charity. It is a witness to Christ which builds up unity.
With increasing intensity and courage, may you add to perseverance and charity, a commitment to prayer and common reflection, as you seek to achieve greater mutual understanding, trust and friendship in view of that full communion for which we firmly hope.
I assure you of my prayerful support along the path of fraternal charity, reconciliation and mercy, a path which is long, yet full of joy and hope.
May God bless you! May he bless your communities!
Posted by Jesus Caritas Est at 9:08 PM No comments: 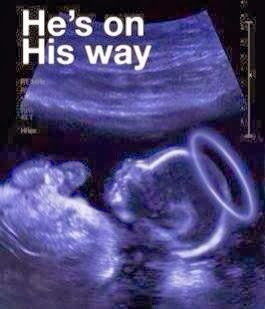 Latin ad-venio, to come to.
Advent is a period beginning with the Sunday nearest to the feast of St. Andrew the Apostle (30 November) and embracing four Sundays. The first Sunday may be as early as 27 November, and then Advent has twenty-eight days, or as late as 3 December, giving the season only twenty-one days.With Advent the ecclesiastical year begins in the Western churches. During this time the faithful are admonished

The preparation for the feast of the Nativity of Our Lord was not held before the feast itself existed, and of this we find no evidence before the end of the fourth century, when, according to Duchesne [Christian Worship (London, 1904), 260], it was celebrated throughout the whole Church,    Several synods had made laws about fasting to be observed during this time,.

Beginning the Church's liturgical year, Advent (from, "ad-venire" in Latin or "to come to") is the season encompassing the four Sundays (and weekdays) leading up to the celebration of Christmas.
The Advent season is a time of preparation that directs our hearts and minds to Christ’s second coming at the end of time and also to the anniversary of the Lord’s birth on Christmas. The final days of Advent, from December 17 to December 24, focus particularly on our preparation for the celebrations of the Nativity of our Lord (Christmas).
Advent devotions including the Advent wreath, remind us of the meaning of the season. Our Advent calendar above can help you fully enter in to the season with daily activity and prayer suggestions to prepare you spiritually for the birth of Jesus Christ.  More Advent resources are listed below.

Advent Resources
Posted by Jesus Caritas Est at 5:40 AM No comments: