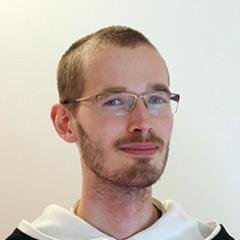 Dominican friar killed by lightning
A novice with the Dominican religious order was killed by a lightning strike in the southern Polish city of Kraków on Monday.Thirty-year-old Antoni Marczewski entered the Dominican Order two years ago and took his first vows in August last year. He had earlier gained a master’s degree in biology from the University of Gdańsk.

He had a keen interest in environmental protection in the light of Christian teaching and in the relationship between faith and science. He was an editor of an internet journal by young Polish Dominicans. (mk/pk)
Text shared from Source: KAI Catholic Informational Agency - the Newspl
Posted by Jesus Caritas Est at 6:44 PM