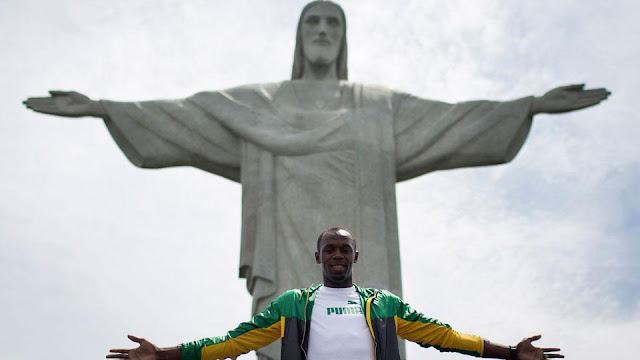 Usain St. Leo Bolt, was born on August 21, 1986. He is a Jamaican sprinter. Bolt is the fastest person ever timed.  He is the reigning World and Olympic champion in three events.  He is the most successful athlete of the World Championships world records, with the current record being 36.84 seconds set in 2012. Bolt's most successful event is the 200 m, with two Olympic and four World titles.  Bolt is the highest paid athlete ever in track and field. His Catholic faith is very important to him - He once Tweeted "I want to thank GOD for everything..." (see below).  The Vatican invited Usain Bolt to address a religious liberty conference. Bolt makes the Sign of the Cross before racing. 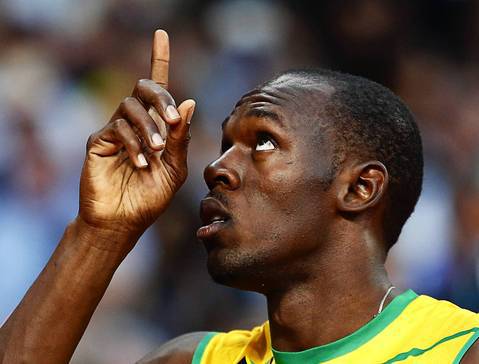 He also bears the middle name St.Leo (named after Pope St. Leo). Besides his numerous Gold Medals, he wears a powerful medal: the Miraculous Medal, of French Saint Catherine Labouré (1806-1876). It has imprinted on it: “O, Mary, conceived without sin, pray for us who have recourse to thee”.

Please SHARE this Story and Encourage an Athlete to Thank God! 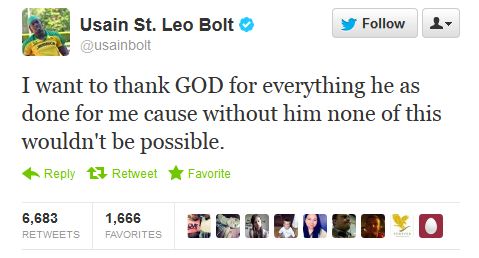