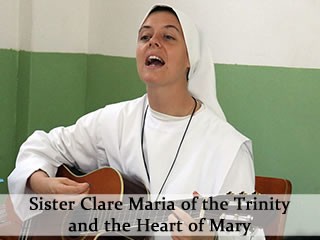 Virtually nothing remains of thousands of communities following the earthquake
Aid agencies are calling for more assistance as Ecuador struggles to deal with the devastating earthquake which killed nearly 500 people, injured around 4,000 and left many thousands homeless last weekend.

Rescuers are still searching through rubble  for survivors of the 7.8 magnitude earthquake although they believe there is little hope of finding many of those still missing. The government and aid agencies expect the death toll to rise as the devastation is slowly cleared.
It was the country's most powerful quake in decades, which hit the Pacific coastline. Numerous high intensity after shocks also hit the area.
The hardiest-hit area was the coastal Manabi province and the cities of Manta, :Portoviejo and Pedernales which is a tourist destination.
Apart from homes,  hotels, shopping malls, bridges and roadways buckled and collapsed. It will take a long time to clear the rubble and wreckage
A religious sister, one of the Servant Sisters of the Home of the Mother, Sr Clare Maria, 33 lost her life  in Playa Prieta where she worked in a school.

Sr Clare and another Irish nun had been teaching guitar and singing when five young postulants, who were entering the religious order, when the earthquake struck. Sr Clare was trying to get the young girls to safety down a staircase. Despite her quick efforts the stairway began to collapse when the quake hit. The building collapsed on top of them.
Family and friends in Derry, Ireland said Sr Clare was very much a fun loving girl who loved karaoke. However at just 17, during a trip to the order's headquarters in Spain, she said; "I could become really famous and rich, or I could stay here and pray to God that I made the right decision".
Sr Clare stayed and more recently found herself in Ecuador working at a school teaching 400 children from the local area. Sr Clare, seated, loved to sing and often entertained the school children she taught.
Makeshift hospitals and morgues have been set up around the country while international aid and equipment is still arriving.

There are long queues for essential supplies such as bottled water, food  and blankets.
Reconstruction costs are expected to be huge - when they eventually begin.
There are a number of aid organisations contributing to the Ecuador earthquake relief. However if you would like to know more about Sr Clare's order and the Missionary Groups of the Home of the Mother who are coming together to help the Sisters in the devastated area where Sr Clare was based, to by food, medicine, mattresses and goods for families in the area click here
Shared from Archdiocese of Sydney
Posted by Jesus Caritas Est at 1:01 PM No comments:

#Quote to SHARE by Mother Teresa "If you judge people, you have no time to love them" 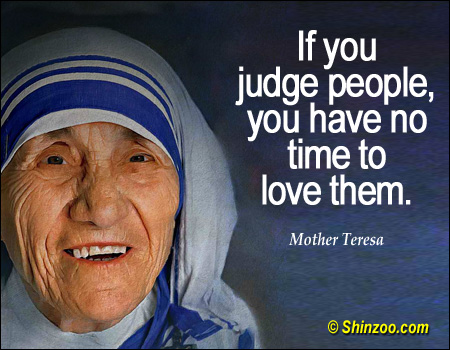 Mother Teresa "If you judge people, you have no time to love them"
Posted by Jesus Caritas Est at 12:30 PM No comments: 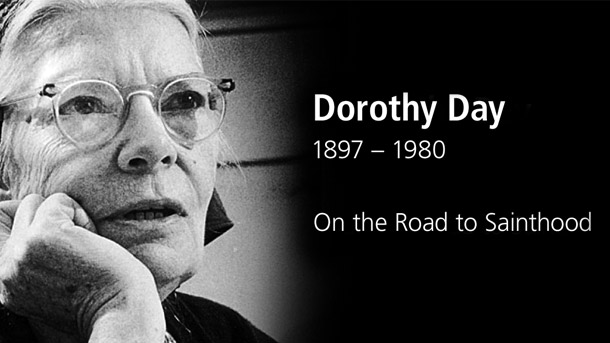 The Cause for Dorothy Day’s possible eventual beatification and canonization moved into a new phase today as Cardinal Timothy Dolan, the Archbishop of New York, opened the canonical Inquiry on the life of the Catholic Worker movement founder, gathering evidence to determine if Dorothy Day lived a life of “heroic virtue” in the eyes of the Church.

The Archdiocese, which is sponsoring her cause, will gather the evidence and present it to the Vatican’s Congregation for the Saints and Pope Francis.  After carefully examining the information presented, the Congregation and Pope Francis will determine if she will be elevated from “Servant of God,” to “Venerable,” and become eligible for beatification and ultimately canonization.

Dorothy Day founded the Catholic Worker Movement with Peter Maurin in 1933 in New York City, following her conversion to Catholicism in 1927. Its “houses of hospitality” minister directly to people living in poverty and operate in over 120 places in the United States, and as far away as New Zealand. In addition to providing food and shelter to those in need, members of the Catholic Worker movement publish community newspapers and websites as well as publically promote nonviolence in response to social concerns. Catholic worker houses accept no government funds—a tradition established by Day and maintained to the present. Dorothy Day remained active in the Catholic Worker movement until her death in New York at the age of  83 in 1980.

A few years after her death, the Claretian fathers began collecting materials for an eventual canonization effort. In 2000, at the request of Cardinal John O’Connor, the Vatican provided its nihil obstat, naming Dorothy Day “Servant of God” and opening the canonization process. Msgr. Gregory Mustaciuolo was named “postulator” or chief advocate for the Cause of Canonization. The United States Conference of Catholic Bishops provided its formal endorsement in 2012, and the Cause moves today into a new stage with the establishment of a canonical Inquiry.

Msgr. Mustaciuolo, said, “Beginning next week, we will begin interviewing eyewitnesses — people who had firsthand experience of Dorothy Day — in all about fifty.  Together, their memories stretch all the way back to the 1940’s.”

He added that in the coming months, Cardinal Dolan will also appoint a historical commission that will issue a report placing Day’s life in historical context and review her unpublished writings. Theological experts appointed by the Cardinal will review her published writings—two readers for each publication—with an eye toward doctrine and morals.

“This will require a team effort,” stated George B. Horton, liaison for the Dorothy Day Guild. “Dorothy Day created or inspired dozens of houses of hospitality throughout the English-speaking world, but she was also a journalist who published The Catholic Worker newspaper. Her articles in that paper alone total over 3,000 pages. Add her books and other publications and we will probably surpass 8,000 pages of manuscripts.”

Interviews will begin next week and will extend throughout 2016. Those too frail to travel will be interviewed in their home dioceses, some as far away as Europe. Because many of the eyewitnesses still live in voluntary poverty, caring for the poor, the Archdiocese will assist with airfare and lodging for those requesting assistance.

To learn more about Dorothy Day, the Guild, and ways to help forward her cause,
please visit: www.dorothydayguild.org .
Shared from Archdiocese of NY
Posted by Jesus Caritas Est at 12:10 PM No comments:

#PopeFrancis “Your faith has saved you” #Audience - FULL TEXT - Video 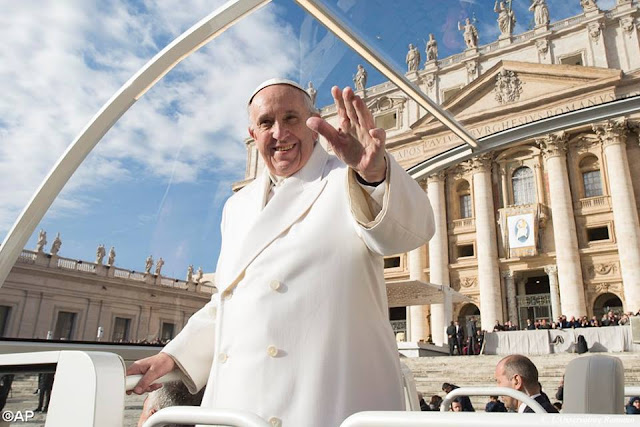 The Holy Father’s Appeal
Ukraine’s population has been suffering for some time the consequences of an armed conflict, forgotten by many. As you know, I have invited the Church in Europe to support the initiative announced by me to support this humanitarian emergency. I thank ahead of time all those that will contribute generously to the initiative, which will take place next Sunday, April 24.
[Original text: Italian] [Translation by ZENIT]
Posted by Jesus Caritas Est at 11:01 AM No comments: 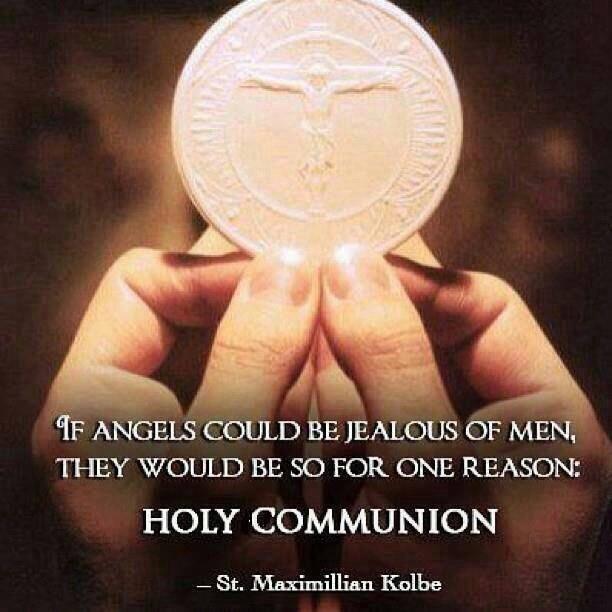 Wednesday of the Fourth Week of Easter
Lectionary: 281

The word of God continued to spread and grow.

After Barnabas and Saul completed their relief mission,
they returned to Jerusalem,
taking with them John, who is called Mark.

Now there were in the Church at Antioch prophets and teachers:
Barnabas, Symeon who was called Niger, Lucius of Cyrene,
Manaen who was a close friend of Herod the tetrarch, and Saul.
While they were worshiping the Lord and fasting, the Holy Spirit said,
“Set apart for me Barnabas and Saul
for the work to which I have called them.”
Then, completing their fasting and prayer,
they laid hands on them and sent them off.

So they, sent forth by the Holy Spirit,
went down to Seleucia
and from there sailed to Cyprus.
When they arrived in Salamis,
they proclaimed the word of God in the Jewish synagogues.

Jesus cried out and said,
“Whoever believes in me believes not only in me
but also in the one who sent me,
and whoever sees me sees the one who sent me.
I came into the world as light,
so that everyone who believes in me might not remain in darkness.
And if anyone hears my words and does not observe them,
I do not condemn him,
for I did not come to condemn the world but to save the world.
Whoever rejects me and does not accept my words
has something to judge him: the word that I spoke,
it will condemn him on the last day,
because I did not speak on my own,
but the Father who sent me commanded me what to say and speak.
And I know that his commandment is eternal life.
So what I say, I say as the Father told me.”
Posted by Jesus Caritas Est at 9:27 AM No comments: