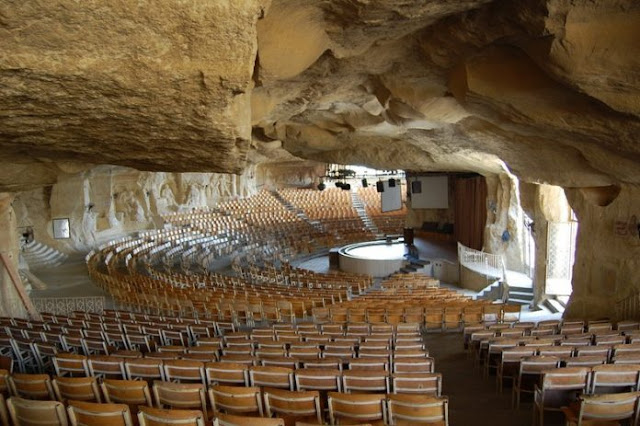 A CAVE turned into a Church to Worship Jesus in Egypt gathers more than 70,000 people every week. This Cave church in Egypt is one of the largest church in the country, Over 70,000 Catholic Coptic Christians gather every week to praise the name of Jesus. It is sometimes difficult in the Arabic world to gather in faith and praise the ‘Name that’s Above Every Other Name’ “Jesus”. A special arabic song ‘Emmanuel” is sung by almost 70,000 in the cave church below.  The depature of Christians has caused fears for the future for Christianity in the Middle East. This is one of the world’s oldest Christian communities. Rev. Markos Ayoub, a priest who leads the Sunday liturgy at St. Mark in English said, “It’s not easy to be a Coptic Christian in the Middle East these days considering the militant insurgency in Egypt."

Please SHARE this Witness of Faith in Jesus!
Posted by Jesus Caritas Est at 12:52 PM No comments: 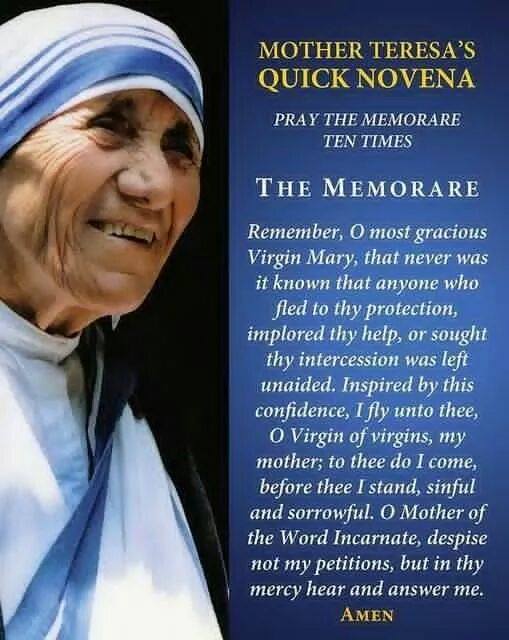 When Mother Teresa was in great need, and there seemed to be no solution she had a secret Prayer to the Blessed Virgin. The Memorare: Remember, O most gracious Virgin Mary, that never was it known that anyone who fled to thy protection, implored thy help or sought thy intercession was left unaided. Inspired by this confidence, I fly unto thee, O Virgin of virgins, my Mother. To thee do I come, before thee I stand, sinful and sorrowful. O Mother of the Word Incarnate, despise not my petitions, but in thy mercy hear and answer me. Amen. She called this her Quick or Express Novena. Nine Memorares in a row and she always prayed a 10th Memorare in thanksgiving.
Posted by Jesus Caritas Est at 11:55 AM 2 comments:

#PopeFrancis "Jesus says of himself: ‘learn from me for I am meek of heart’ #Homily

Pope Francis celebrates Mass at Casa Santa Marta - OSS_ROM
06/06/2016 13:
(Vatican Radio) Pope Francis has urged Christians to follow the indications provided in the Beatitudes in order to avoid taking the path of greed, vanity and egoism.
Speaking on Monday morning during Mass at the Casa Santa Marta the Pope drew inspiration from the Gospel of Matthew and said the Beatitudes can be used as “navigators” that shine the light on the pathway of Christian life.

Reflecting on the famous Sermon on the Mount, Pope Francis said Jesus’ teaching on that occasion did not erase the old law; rather it ‘perfected’ it bringing it to its fullness:

"This is the new law, the one we call ‘the Beatitudes’. It’s the Lord’s new law for us”.
He described it as the roadmap for Christian life which gives us the indications to move forward on the right path.
The Pope continued his homily commenting on the words of the evangelist Luke who also speaks  of the Beatitudes and lists what he calls the ‘four woes’: ‘Woe to the rich, to the satiated, to those who laugh now, to you when all speak well of you’.
And recalling the fact that many times he has said that riches are good, what’s bad the Pope reminded us is ‘the attachment to riches’ which becomes idolatry.

"This is the anti-law, the wrong navigator. The three slippery steps that lead to perdition, just as the Beatitudes are the steps that take us forward in life” he said.
And elaborating on that thought the Pope said the three steps that lead to perdition are:
“the attachment to riches, because I need nothing;”
“Vanity – that all must speak well of me, making me feel important, making too much of a fuss… and I am convinced to be in the right” he said, referring also the parable of the self-righteous Pharisee and the Tax Collector: “O God I thank you that I am such a good Catholic, not like my neighbor…”
“The third – he said – is pride, the satiation and the laughter that closes one’s heart”.
Of all the Beatitudes – the Pope said there is one in particular: “I’m not saying it is the key to all of them, but it induces us to much reflection and it is: Blessed are the meek. Meekness”.
“Jesus says of himself: ‘learn from me for I am meek of heart’, I am humble and gentle at heart. To be meek is a way of being that brings us close to Jesus” he said.
“The opposite attitude, Pope Francis concluded, always causes enmities and wars…lots of bad things that happen. But meekness, meekness of heart which is not foolishness, no: it’s something else. It’s the capacity to be deep and to understand the greatness of God, and worship Him”.

(Linda Bordoni)
Posted by Jesus Caritas Est at 11:28 AM No comments: 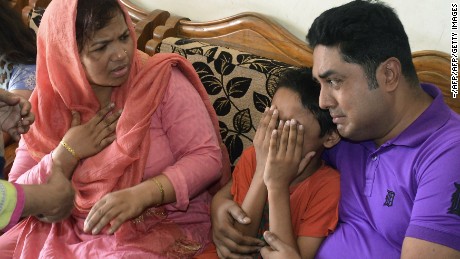 Sunil Gomez was 71 years old and lived in the village of Bonpara, in the diocese of Rajshahi. Mahmuda Mitu Khanam was the wife of the superintendent of Chittangong police. In recent months, Islamic extremists have claimed responsibility for numerous murders of activists, Christians, blogger. An interfaith candlelight vigil to demand justice.
Posted by Jesus Caritas Est at 9:10 AM No comments: 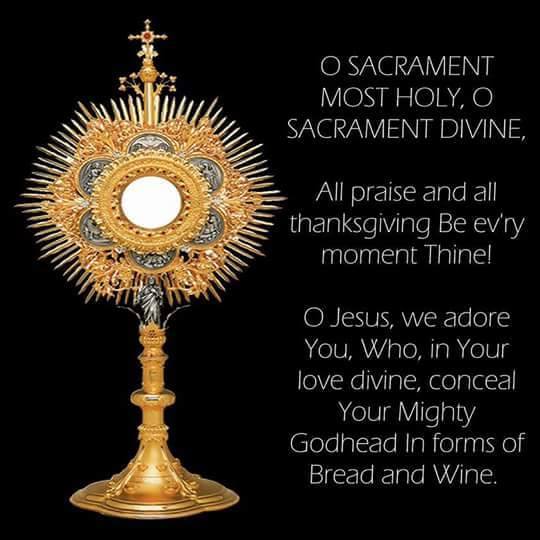 Elijah the Tishbite, from Tishbe in Gilead, said to Ahab:
“As the LORD, the God of Israel, lives, whom I serve,
during these years there shall be no dew or rain except at my word.”
The LORD then said to Elijah:
“Leave here, go east
and hide in the Wadi Cherith, east of the Jordan.
You shall drink of the stream,
and I have commanded ravens to feed you there.”
So he left and did as the LORD had commanded.
He went and remained by the Wadi Cherith, east of the Jordan.
Ravens brought him bread and meat in the morning,
and bread and meat in the evening,
and he drank from the stream.