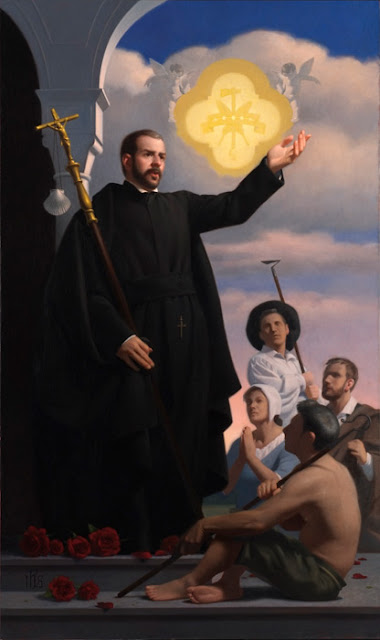 #Quote to SHARE by #StTherese of Lisieux "Miss no single opportunity of making some small sacrifice, here by a smiling look, there by a kindly word..." 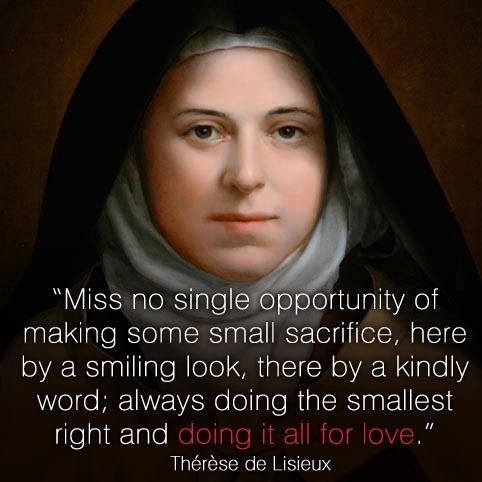 “Miss no single opportunity of making some small sacrifice, here by a smiling look, there by a kindly word; always doing the smallest right and doing it all for love.” ― Thérèse de Lisieux
Posted by Jesus Caritas Est at 12:23 PM No comments:

#BreakingNews Catholic Nun dies with 5 others in Namibia - Africa - RIP Sr. Justina - “We lost a hardworking, peaceful and dedicated sister..." 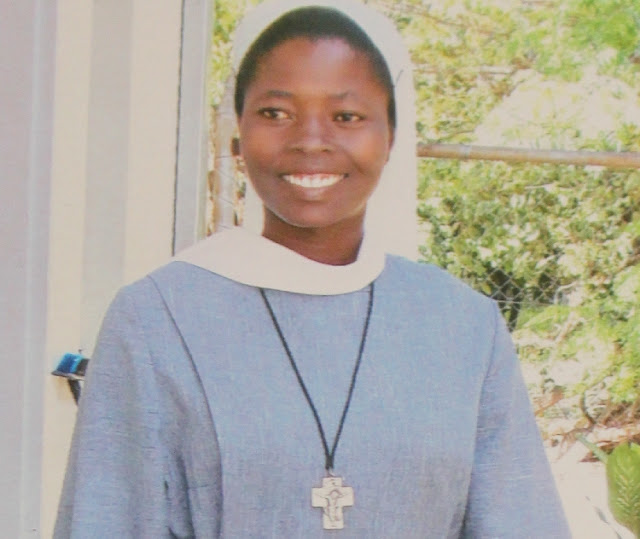 Late sister Justina Iipinge A CATHOLIC nun was among the six people who lost their lives when two cars collided head-on between Onhokolo and Ombafi on Saturday night. Sister Justina Iipinge (32), originally from Okando village in the Omusati region, was staying at the Etaka/Epalela Roman Catholic sub-station. Sister Maria Paulus from Oshikuku, who heads the transport division of the Benedictine Sisters of Oshikuku, said the late sister Iipinge was stationed at the St Anselm Roman Catholic sub-station at Etaka/Epalela near Ruacana, where she headed a vegetable and fruit project. Paulus said Iipinge, who just completed her last vows earlier this year, was a hardworking and dedicated young sister. “We lost a hardworking, peaceful and dedicated sister who was never selfish and had assisted everyone equally,” she said. “Our agricultural project at Etaka was flourishing because of her, not to speak about the spiritual work at the mission. It will be very difficult to fill the gap left by her. We are all looking up and praying to our Almighty to give us a person like sister Iita again. She was wonderful; someone who cared about everybody, and she obeyed her vows,” Paulus added. Hours before her death on Saturday, Iita brought a lot of vegetables to Oshikuku and the surrounding areas, where she sold them to the community before she went to visit her mother at Okando village. Unfortunately, her mother was not at home. “I think, without knowing, that she went to say 'bye' to her mother, but her mother was not at home at the time,” Paulus said. Teofilia Gabriel, one of Iipinge's aunts, said “we gave her to the church to serve God, and she died while serving God's people”. Text and Image shared from The Namibian
Posted by Jesus Caritas Est at 12:15 PM No comments:

#PopeFrancis " Jesus pours out His mercy upon all those He meets..." FULL TEXT #Audience + Video 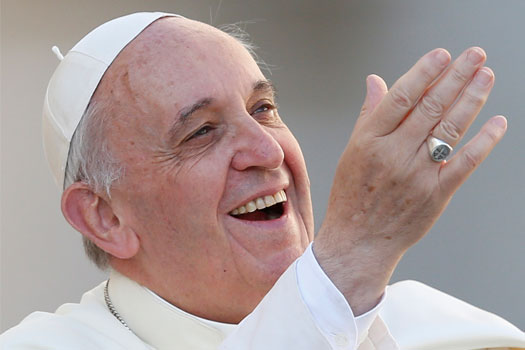 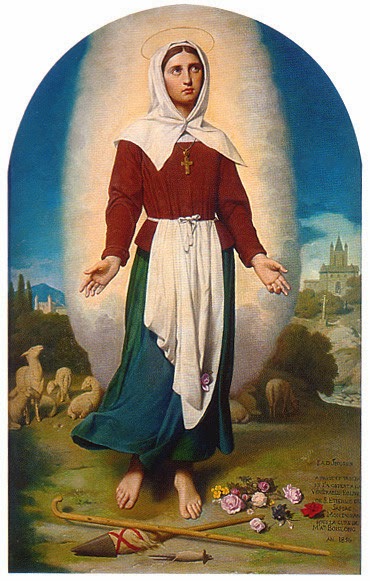 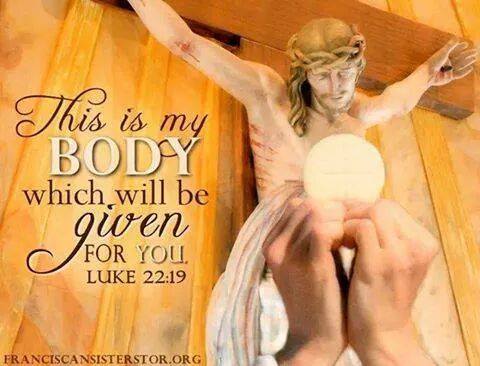 Wednesday of the Eleventh Week in Ordinary Time
Lectionary: 367

Video added at 10am

When the LORD was about to take Elijah up to heaven in a whirlwind,
he and Elisha were on their way from Gilgal.
Elijah said to Elisha, “Please stay here;
the LORD has sent me on to the Jordan.”
“As the LORD lives, and as you yourself live,
I will not leave you,” Elisha replied.
And so the two went on together.
Fifty of the guild prophets followed and
when the two stopped at the Jordan,
they stood facing them at a distance.
Elijah took his mantle, rolled it up
and struck the water, which divided,
and both crossed over on dry ground.

When they had crossed over, Elijah said to Elisha,
“Ask for whatever I may do for you, before I am taken from you.”
Elisha answered, “May I receive a double portion of your spirit.”
“You have asked something that is not easy,” Elijah replied.
“Still, if you see me taken up from you,
your wish will be granted; otherwise not.”
As they walked on conversing,
a flaming chariot and flaming horses came between them,
and Elijah went up to heaven in a whirlwind.
When Elisha saw it happen he cried out,
“My father! my father! Israel’s chariots and drivers!”
But when he could no longer see him,
Elisha gripped his own garment and tore it in two.

Jesus said to his disciples:
“Take care not to perform righteous deeds
in order that people may see them;
otherwise, you will have no recompense from your heavenly Father.
When you give alms, do not blow a trumpet before you,
as the hypocrites do in the synagogues and in the streets
to win the praise of others.
Amen, I say to you, they have received their reward.
But when you give alms,
do not let your left hand know what your right is doing,
so that your almsgiving may be secret.
And your Father who sees in secret will repay you.

“When you pray, do not be like the hypocrites,
who love to stand and pray in the synagogues and on street corners
so that others may see them.
Amen, I say to you, they have received their reward.
But when you pray, go to your inner room, close the door,
and pray to your Father in secret.
And your Father who sees in secret will repay you.

“When you fast, do not look gloomy like the hypocrites.
They neglect their appearance,
so that they may appear to others to be fasting.
Amen, I say to you, they have received their reward.
But when you fast, anoint your head and wash your face,
so that you may not appear to others to be fasting,
except to your Father who is hidden.
And your Father who sees what is hidden will repay you.”
Posted by Jesus Caritas Est at 9:26 AM No comments: