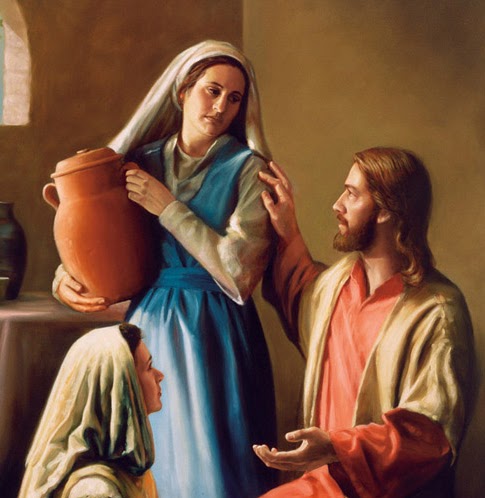 Mentioned only in Luke 10:38-42; and John 11, 12, sqq. The Aramaic form occurs in a Nabatæan inscription found at Puteoli, and now in the Naples Museum; it is dated A.D. 5 (Corpus Inscr. Semit., 158); also in a Palmyrene inscription, where the Greek translation has the form Marthein, A.D. 179. Mary, Martha, and Lazarus are represented by St. John as living at Bethania, but St. Luke would seem to imply that they were, at least at one time, living in Galilee; he does not mention the name of the town, but it may have been Magdala, and we should thus, supposing Mary of Bethania and Mary Magdalene to be the same person, understand the appellative "Magdalene". The words of St. John (11:1) seem to imply a change of residence for the family. It is possible, too, that St. Luke has displaced the incident referred to in Chapter 10. The likeness between the pictures of Martha presented by Luke and John is very remarkable.
The familiar intercourse between the Saviour of the world and the humble family which St. Luke depicts is dwelt on by St. John when he tells us that "Jesus loved Martha, and her sister Mary, and Lazarus" (11:5). Again the picture of Martha's anxiety (John 11:20-21, 39) accords with the picture of her who was "busy about much serving" (Luke 10:40); so also in John 12:2: "They made him a supper there: and Martha served." But St. John has given us a glimpse of the other and deeper side of her character when he depicts her growing faith in Christ's Divinity (11:20-27), a faith which was the occasion of the words: "I am the resurrection and the life." The Evangelist has beautifully indicated the change that came over Martha after that interview: "When she had said these things, she went and called her sister Mary secretly, saying: The Master is come, and calleth for thee."
Difficulties have been raised about the last supper at Bethania. St. John seems to put it six days before the Pasch, and, so some conclude, in the house of Martha; while the Synoptic account puts it two days before the Pasch, and in the house of Simon the Leper. We need not try to avoid this difficulty by asserting that there were two suppers; for St. John does not say that the supper took place six days before, but only that Christ arrived in Bethania six days before the Pasch; nor does he say that it was in the house of Martha. We are surely justified in arguing that, since St. Matthew and St. Mark place the scene in the house of Simon, St. John must be understood to say the same; it remains to be proved that Martha could not "serve" in Simon's house.
Text shared from the Catholic Encyclopedia
Posted by Jesus Caritas Est at 11:56 PM No comments: 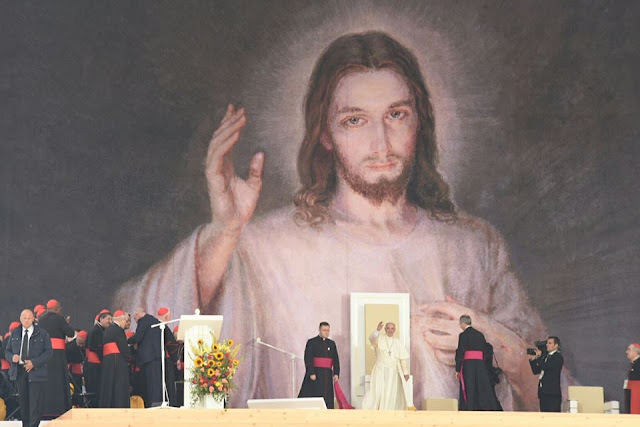 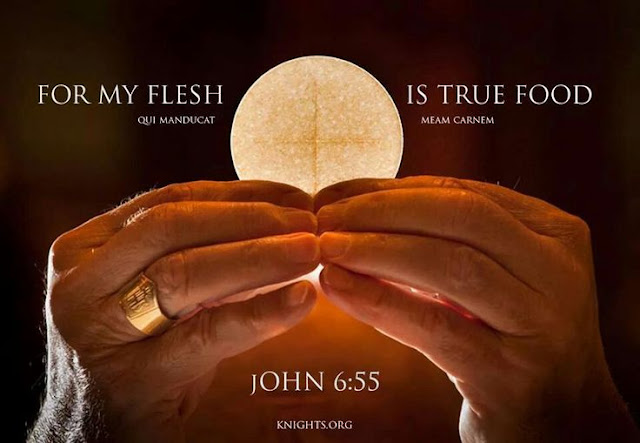 Thursday of the Seventeenth Week in Ordinary Time
Lectionary: 404

This word came to Jeremiah from the LORD:
Rise up, be off to the potter’s house;
there I will give you my message.
I went down to the potter’s house and there he was,
working at the wheel.
Whenever the object of clay which he was making
turned out badly in his hand,
he tried again,
making of the clay another object of whatever sort he pleased.
Then the word of the LORD came to me:
Can I not do to you, house of Israel,
as this potter has done? says the LORD.
Indeed, like clay in the hand of the potter,
so are you in my hand, house of Israel.

Jesus said to the disciples:
“The Kingdom of heaven is like a net thrown into the sea,
which collects fish of every kind.
When it is full they haul it ashore
and sit down to put what is good into buckets.
What is bad they throw away.
Thus it will be at the end of the age.
The angels will go out and separate the wicked from the righteous
and throw them into the fiery furnace,
where there will be wailing and grinding of teeth.”

“Do you understand all these things?”
They answered, “Yes.”
And he replied,
“Then every scribe who has been instructed in the Kingdom of heaven
is like the head of a household who brings from his storeroom
both the new and the old.”
When Jesus finished these parables, he went away from there.
Posted by Jesus Caritas Est at 1:45 PM No comments:

#PopeFrancis "God saves us, then by making himself little, near and real." #Homily FULL TEXT/Video - Mass in Poland 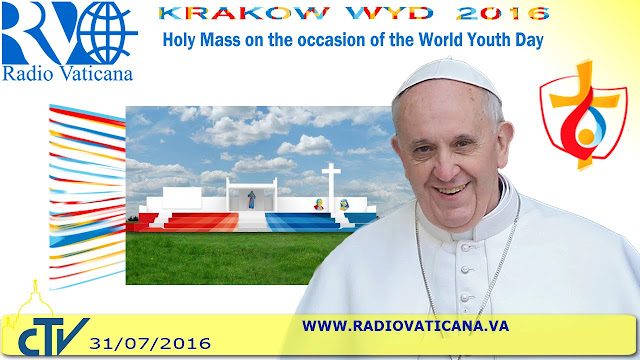 (Vatican Radio) Pope Francis on Thursday morning celebrated Mass at the Jasna Gora Monastery in Czestochowa, Poland, to mark the 1050thanniversary of the ‘Baptism of Poland.’ Pope Francis fell briefly during the Mass. 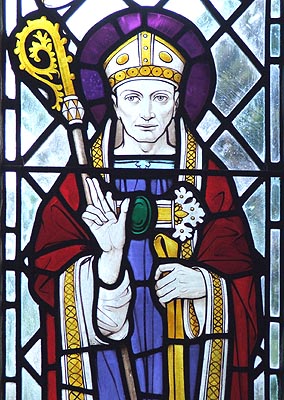 
SOURCE: the Catholic Encyclopedia
Posted by Jesus Caritas Est at 8:13 AM No comments:

#PopeFrancis "Cultivate with love the seeds of goodness..." at #Convent in Poland 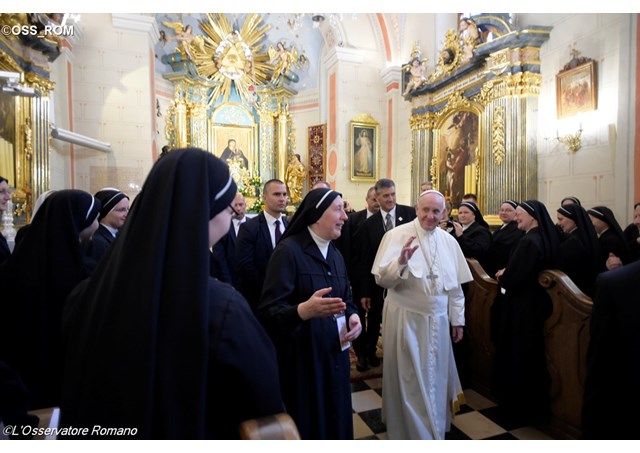 (Vatican Radio) Pope Francis on Thursday morning made a brief visit to the Convent of the Sisters of the Presentation in Krakow, Poland.

During the visit, the Holy Father met with the sisters of the convent, and some students from the school associated with the facility.
While there, he signed the guest book with a message for the Sisters: “With gratitude for your generous service, I give you my blessing and encourage you in your educational apostolate.  Cultivate with love the seeds of goodness, beauty and truth that God sows in every new generation.”
After his visit, he left for the airport, from where he traveled to Częstochowa by helicopter.
Posted by Jesus Caritas Est at 8:04 AM No comments: