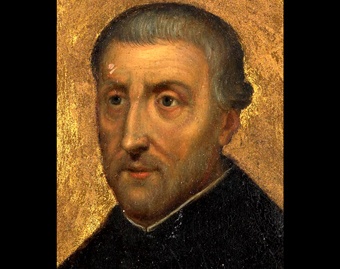 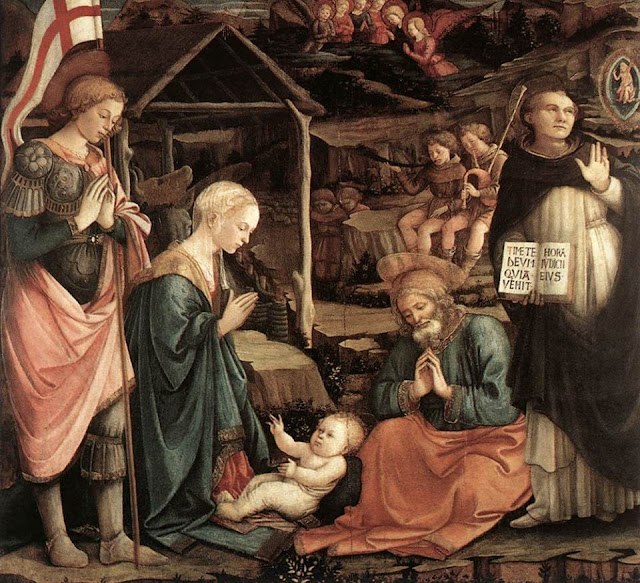 The Wexford Carol (Irish: Carúl Loch Garman, Carúl Inis Córthaidh) is a traditional Irish Christmas carol from County Wexford, and Enniscorthy. It originates in 12th century  and is in Mixolydian mode form,. It is also known by its first verse, "Good people all this Christmas time." This is one of the oldest Christmas carols of Europe. This version by the The Palestrina Choir of St Mary's Pro-Cathedral, Dublin, has been viewed thousands of times. It is an breathtakingly beautiful sung version.
SHARE this Beautiful Carol which Proclaims the Birth of Jesus

Good people all, this Christmas time,
Consider well and bear in mind
What our good God for us has done
In sending his beloved son
With Mary holy we should pray,
To God with love this Christmas Day
In Bethlehem upon that morn,
There was a blessed Messiah born.

The night before that happy tide,
The noble Virgin and her guide
Were long time seeking up and down
To find a lodging in the town.
But mark right well what came to pass
From every door repelled, alas,
As was foretold, their refuge all
Was but a humble ox's stall.

Near Bethlehem did shepherds keep
Their flocks of lambs and feeding sheep
To whom God's angel did appear
Which put the shepherds in great fear
Arise and go, the angels said
To Bethlehem, be not afraid
For there you'll find, this happy morn
A princely babe, sweet Jesus, born.

With thankful heart and joyful mind
The shepherds went the babe to find
And as God's angel had foretold
They did our Saviour Christ behold
Within a manger he was laid
And by his side a virgin maid
Attending on the Lord of Life
Who came on earth to end all strife.

There were three wise men from afar
Directed by a glorious star
And on they wandered night and day
Until they came where Jesus lay
And when they came unto that place
Where our beloved Messiah lay
They humbly cast them at his feet
With gifts of gold and incense sweet.

Posted by Jesus Caritas Est at 6:06 PM No comments: 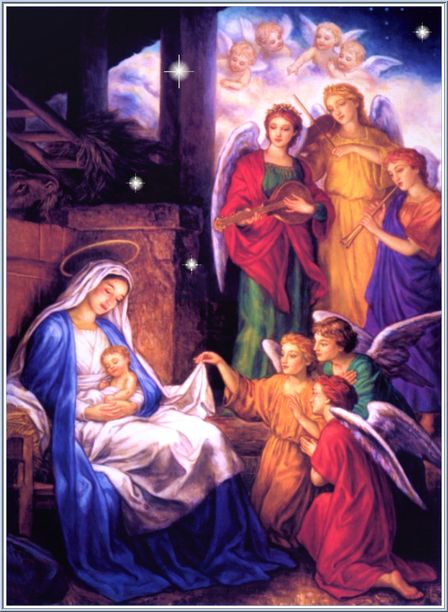 
NOVENA PREPARATORY TO CHRISTMAS In order to the devout preparation of ourselves for the glorious Birthday of our most loving Saviour, Jesus Christ, which the holy Church recalls to our memory every year on the 25th of December, and at the same time to render Him thanks for this great benefit, Pope Pius VII., by a Rescript of the Segretaria of the Memorials, dated August 12th, 1815 (which said Rescript is preserved in the Segretaria of the Vicariate), granted to all faithful Christians who, being contrite in heart, should prepare themselves for that great solemnity by a novena, consisting of pious exercises, prayers, acts of virtue, &c. -
i. An indulgence of 300 days each day of the said novena, and -
ii. A plenary indulgence to be gained on Christmas day, or on some day in its octave, by those who, after Confession and Communion, shall have made the said novena every day, and who shall pray according to the intentions of the Sovereigns Pontiff: and note that the Confession and Communion may be made on any one of the days of the said novena, provided the novena is correctly kept. This was declared by Pope Pius VIII., of holy memory, by means of the S. Congr. of Indulgences, July 9, 1830. These indulgences were extended by the above-named Pius VII. to one other time in the year, besides the the specified, when any one should make the aforesaid novena in honour of the Child Jesus.
Posted by Jesus Caritas Est at 6:02 PM No comments: 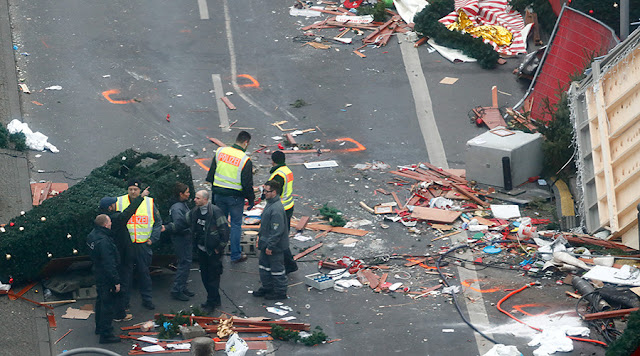 A truck ploughed into the crowd gathered in the street market near the Gedankenkirche. 12 people killed and 48 wounded. The driver was arrested. He is Afghan (or Pakistani) and is believed to have seized the vehicle killing the real driver. In Germany, a list of attacks linked to the Islamic State. Concern for the return home of "foreign fighters".
Posted by Jesus Caritas Est at 5:54 PM No comments: 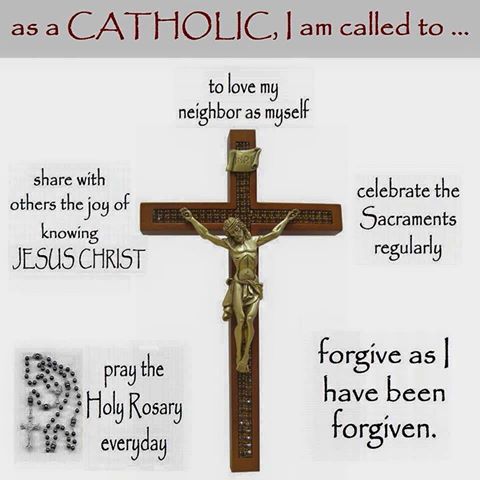 Tuesday of the Fourth Week in Advent
Lectionary: 196

The LORD spoke to Ahaz:
Ask for a sign from the LORD, your God;
let it be deep as the nether world, or high as the sky!
But Ahaz answered,
“I will not ask! I will not tempt the LORD!”
Then Isaiah said:
Listen, O house of David!
Is it not enough for you to weary men,
must you also weary my God?
Therefore the Lord himself will give you this sign:
the virgin shall conceive and bear a son,
and shall name him Emmanuel.

In the sixth month,
the angel Gabriel was sent from God
to a town of Galilee called Nazareth,
to a virgin betrothed to a man named Joseph,
of the house of David,
and the virgin’s name was Mary.
And coming to her, he said,
“Hail, full of grace! The Lord is with you.”
But she was greatly troubled at what was said
and pondered what sort of greeting this might be.
Then the angel said to her,
“Do not be afraid, Mary,
for you have found favor with God.
Behold, you will conceive in your womb and bear a son,
and you shall name him Jesus.
He will be great and will be called Son of the Most High,
and the Lord God will give him the throne of David his father,
and he will rule over the house of Jacob forever,
and of his Kingdom there will be no end.”

But Mary said to the angel,
“How can this be,
since I have no relations with a man?”
And the angel said to her in reply,
“The Holy Spirit will come upon you,
and the power of the Most High will overshadow you.
Therefore the child to be born
will be called holy, the Son of God.
And behold, Elizabeth, your relative,
has also conceived a son in her old age,
and this is the sixth month for her who was called barren;
for nothing will be impossible for God.”

Mary said, “Behold, I am the handmaid of the Lord.
May it be done to me according to your word.”
Then the angel departed from her.
Posted by Jesus Caritas Est at 5:13 PM No comments:

Wow #IKEA Ad Shows what Kids really want for #Christmas from you! SHARE 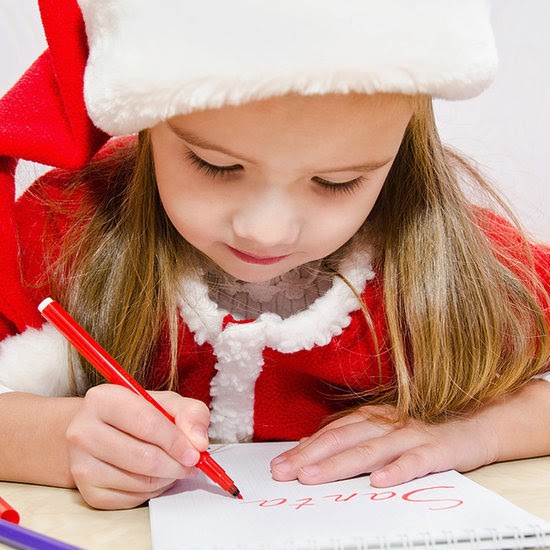 SHARE this to show your friends the truth in Childrens' hearts...
Posted by Jesus Caritas Est at 4:18 PM No comments: