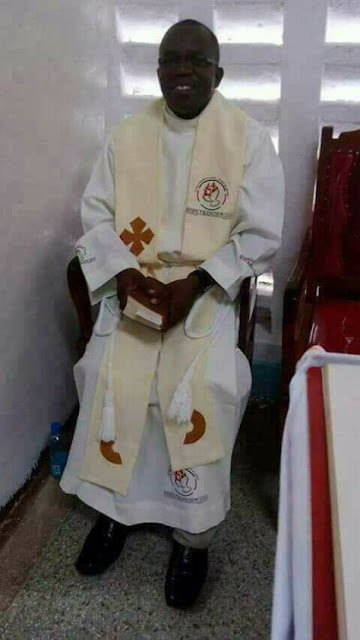 AFRICA/KENYA - Catholic priest killed; tension increases on the eve of the presidential vote

Nairobi (Agenzia Fides) - A Kenyan priest was killed: Fr. Evans Juma Oduor, who was found unconscious on Sunday evening, October 22 near a sugar cane plant near Chiga Market Center in Muhoroni, 30 km from the Convent of Nyabondo. The burned carcass of his car was five kilometers away from where the priest was found.Brought to the hospital, Fr. Evans, who had head injuries, died a few hours later without regaining conscious. Fr. Evans was parish priest at the church of Sigomore, part of the Archdiocese of Kisumu, in the West of Kenya.According to the local press, two weeks ago, Fr. Evans had launched a public appeal to the government to stop killing the Luo, Raila Odinga’s ethnic group, the leading opponent of outgoing President Uhuru Kenyatta in the August 8th presidential election, then nullified by the Supreme Court, on the appeal of Odinga himself .Tension in Kenya is very high on the eve of the repetition of the presidential vote to be held on 26 October and boycotted by Odinga (see Fides 11/10/2017) as a protest for failing to accept his request for a review of the composition of the Independent Electoral Commission (IEBC), at the center of a political controversy. On the other hand, the Supreme Court had justified the decision to annul the vote of 8 August because the Electoral Commission "ignored or refused to conduct the presidential elections in a coherent manner with the dictates of the Constitution" (see Fides 1/9/2017).Over the last few days, over 40 people have lost their lives during the clashes with the police. Political controversy has also taken on an ethnic dimension that recall the serious incidents that broke out about 10 years ago after the controversial December 2007 presidential election that had caused thousands of deaths and millions of internally displaced persons. (L.M.) (Agenzia Fides, 24/10/2017) 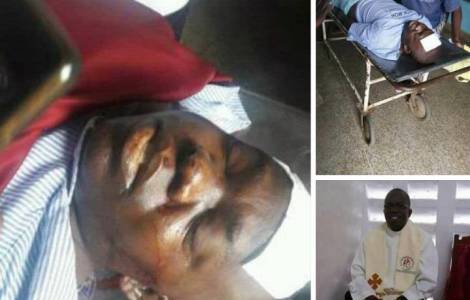 Posted by Jesus Caritas Est at 9:28 AM

The murderers will burn in Hell for all eternity. Killing a holy priest is unforgiveable.

Amen Mike!!! This priest is now a martyr and with the Father. Let's ask him to pray for us.

Oh dear Jesus, have mercy on us all. Turn all eyes and evil thoughts and deeds toward You and Your goodness, so that they may see the truth, power and forgiveness of your Love.

Bless this man of god... Because the majority of men, fascinated by the lure of fleeting pleasures of this wolrld No longer fix their thoughts on the principal consideration of faith. And stubbornly refuse to recollect with themselves. They do not allow themselves to look to heaven. And do not keep in mind gods judgements. May these people stop walking in darkness. And find the light of christ.Amen..