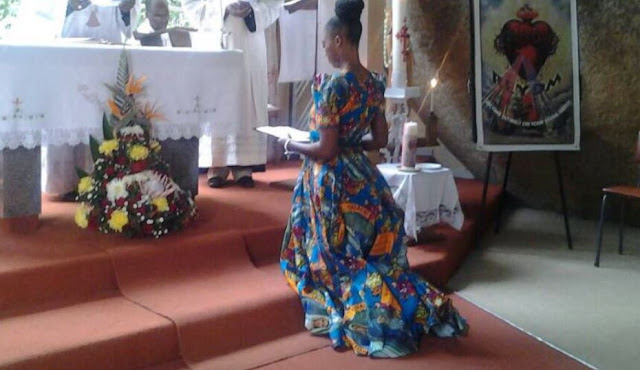 AFRICA/ZIMBABWE - A nun killed; the murderer arrested: a young man with mental disorders

Wednesday, 25 October
Harare (Agenzia Fides) - Sister Ruvadiki Plaxedes Kamundiya, a 49-year-old Catholic religious, was brutally murdered on Sunday 22 October in Mutoko, in the Province of Mashonaland East, Zimbabwe. The police arrested a suspect, Enock Potani, 20 years old, in the village of Chouriri who confessed he killed the nun. According to the police, the young man has mental disorders.
Sister Ruvadiki Plaxedes Kamundiya, who was a teacher at Hartmann House, a member of St George College in Harare, went to the Mother of Peace community in Mutoko on Sunday, October 22, on a tour in view of a school trip of St. George's College which was scheduled for Friday, October 27th.
Sister Kamundiya was welcomed by Sister Juliet Haurovi, who reported that the religious had expressed the desire, before returning to Harare, to gather in prayer near the Blue Cross, popularly known as the Glorious Cross of Life.
Not seeing her return, Sister Haurovi started looking for her, but instead the suspect was found where the nun wanted to pray and reported he had seen the nun praying before returning to the village.
Investigations immediately began and the nun’s body was found in the waters of the dam in Mutemwa.
After recovering the corpse, the police arrested the young man who confessed the crime. Before being killed the nun had suffered sexual violence. (L.M.) (Agenzia Fides, 25/10/201
7
FULL Report from Zimbabwe: http://whazupnaija.com/man-rapes-kills-reverend-sister-while-she-prayed/
Posted by Jesus Caritas Est at 9:15 AM