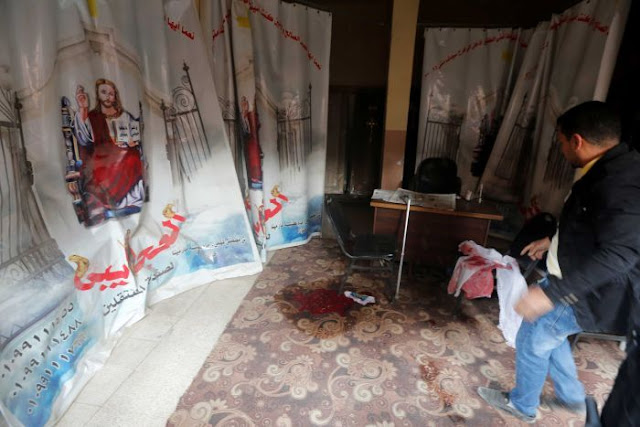 Two of the victims are said to be police officers. A gunman with explosive belt was also shot dead. The target was the Mar Mina church in Helwan, south of Cairo. Fearing attacks, the authorities have been on a high state of alert for days.
Posted by Jesus Caritas Est at 1:23 PM

God bless the souls of those killed and the families of the wounded. NO RELIGION advocates killing. LOVE ONE ANOTHER, is a universal prayer. There are many doors to Heaven....