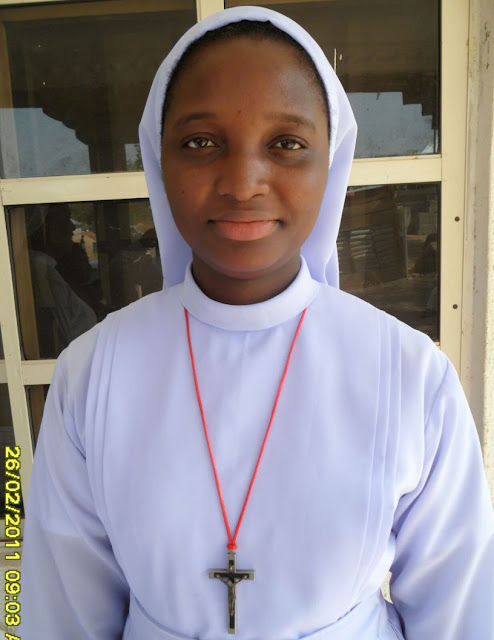 Vatican News Excerpt Dec. 17/17: Pope Francis prayed on Sunday for the release of six Nigerian religious sisters kidnapped just over a month ago, joining his appeal to the one issued earlier this week by the Catholic Bishops Conference of Nigeria. “I heartily join myself to the appeal of the Bishops of Nigeria for the liberation of the Sisters of the Eucharistic Heart of Christ, kidnapped roughly a month ago from their convent in Iguoriakhi,” Pope Francis said. “I pray with insistence for them and for all the other persons who find themselves in this painful condition,” the Holy Father continued, adding, “may they all, on the occasion of Christmas, finally return to their homes.” Gunmen seized the sisters – three professed women and three “aspirants” - women in formation – from their house in Iguoriakhi on November 13th. No one has taken responsibility for the crime. Kidnapping for ransom has become a frequent practice of criminal elements in the country
See Prayer Appeal by Bishops of Nigeria: https://www.cbcn-ng.org/docs/g29.pdf

REPORT from Nigerian Priest of Kidnapping:
The seemingly peaceful village of Iguoriakhi in Edo State, Nigeria plays host to the Eucharistic Heart of Jesus (EHJ) Sisters aspirants’ formation house. A formation house, which caters for the initial spiritual tutelage and gradual introduction into the life and charism of the EHJs. Aspiring young girls, who intend to join the EHJs consequently spend about a year in this formation house before moving on to the postulate and subsequently the novitiate. To achieve this aim, two professed sisters were assigned to guide these aspiring religious. While Sr. Roseline Isiocha was appointed the mistress, Sr. Aloysius Ajayi was made her assistant.
They have carried out this responsibility with delight, vigour, enthusiasm and conviction until the night of November 13, 2017 when unknown armed gunmen gained access into the formation house, took their time to search the house, rob the sisters of their belongings and abducted Sr. Roseline Isiocha, Sr. Aloysius Ajayi, Sr. Frances Udi, who was visiting the religious community and three other aspirants in the early hours of November 14 with the aid of speedboats positioned inside the Ovia River behind the sisters’ house.
Apparently lurking around the vicinity without the knowledge of the unsuspecting sisters, the kidnappers may have had a good survey of the area days before. In a report in The Guardian on November 15, 2017 titled “Crippled, Seven others Arrested for Alleged Kidnapping, Robbery” [https://guardian.ng/news/policeman-killed-patrol-vehicle-burnt-in-edo-state/], the newsprint reported a gun duel which took place by Ovia River bridge on November 13, 2017 between the Police Patrol Team and the suspected ex-militants (kidnappers), which left a policeman dead, three others injured and a vehicle burnt. The report concluded that “the gunmen fired at the policemen from their speedboats stationed inside the river.”
Reacting to the incidence, the Conference of Major Superiors in Nigeria despatched a letter to all the Religious in Nigeria. In the letter signed by Sr. Mary Agatha Osarenkhoe, EHJ, (who doubles as the Superior General of the EHJ) and Fr. George Okorie, SMMM, the Conference calls on all consecrated persons in Nigeria to specially dedicate Saturday, December 2, 2017 to fast and to offer special prayers between 14:00 and 15:00 for the release of those abducted. All Catholics, men and women of goodwill should therefore join in this prayerful effort to touch the minds of the abductors to ease the quick release of these handmaids of the Lord, who have been in the kidnappers’ den for over two weeks.
Sequel to the ever-increasing spate of kidnapping in Nigeria, all hands should be on deck to put an end to this traumatic and disheartening menace. The different tiers of government, relevant government and security agencies should rise to the challenge of ridding the country of such misdemeanour. The celebrated arrest of the alleged notorious kidnapper Evans, is obviously not enough to make the security apparatus of government rest on its oars. The spate of kidnapping is not perpetrated by one man, since it has become perceptible that there are various groups or gangs of kidnappers in the country. The economic empowerment of young Nigerians should be paramount to the Federal Government, State Governments and Local Governments in the country. The gainful employment of many young people will apparently curb such crimes in the country. No one appears to be save now. If there is no fear of the divine, even those in high places who should make a difference and have neglected to so should not be certain of their security no matter what they hope to rely on.
The disappearance of a confrère or a loved one in such a circumstance is traumatic and emotionally draining. A passionate appeal therefore goes to the abductors and their accomplices, not only to have respect for the dignity of the human person but also the fear of God and set the sisters free. These are not politicians who have rapped our commonwealth for their personal benefits, they do not collect tithes or own private jets but just simple women who seek to please God without accruing private property.
*Ambrose Olowo is a Catholic Priest, Catholic Diocese of Lokoja
Source: aaolowo
Posted by Jesus Caritas Est at 9:29 AM