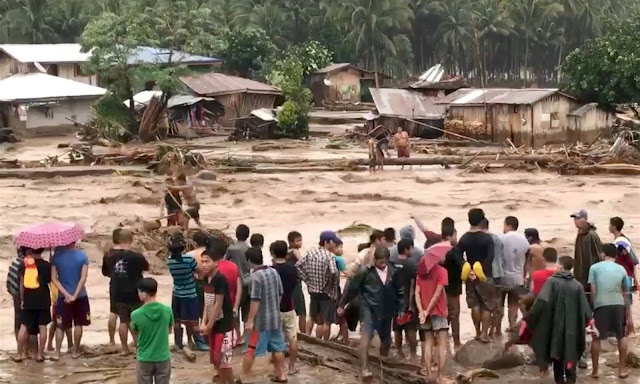 The most affected area is the southern part, in particular the island of Mindanao. The death toll is destined to increase. An entire village has disappeared from geographical maps. The soil devastated by mining companies that indiscriminately exploit the resources of the subsoil.
Posted by Jesus Caritas Est at 7:35 AM