Easy Novena to #StAnne Mother of Mary and St. Joachim - #Prayers to SHARE - 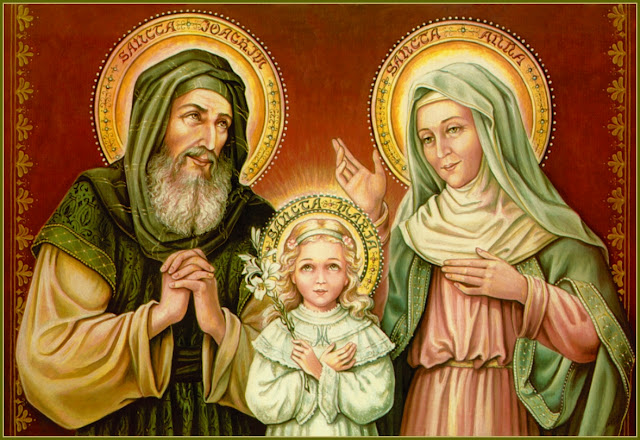 Say once a day for 9 days- Say 1 Our Father, 1 Hail Mary, and 1 Glory Be each day of the Novena:O glorious St. Anne, filled with compassion for those who invoke thee and with love for those who suffer, heavily laden with the weight of my troubles, I cast myself at thy feet and humbly beg of thee to take under thy special protection the present affair which I commend to thee.
FOR  BREAKING NEWS, INSPIRATIONAL STORIES AND FREE MOVIES
LIKE http://facebook.com/catholicnewsworld

Another Novena Prayer to St.  Anne & St. Joachim
Great and glorious patriarch, St Joachim, and good St. Anne, what joy is mine when I consider that you were chosen among all God’s holy ones to assist in the fulfillment of the mysteries of God, and to enrich our earth with the great Mother of God, Mary most holy. By this singular privilege, you have become most powerful with both the Mother and her Son, so as to be able to obtain for us the graces that are needful to us.
With great confidence I have recourse to your mighty protection, and I commend to you all my needs, both spiritual and temporal, and those of my family. Especially do I entrust to your keeping the particular favor that I desire and look for from your intercession. (Mention your petition.)


And since you were a perfect pattern of the interior life, obtain for me the grace to pray earnestly, and never to set my heart on the passing goods of this life. Give me a lively and enduring love for Jesus and Mary. Obtain for me also a sincere devotion and obedience to Holy Church and the sovereign pontiff who rules over her, in order that I may live and die in faith and hope and perfect charity. Let me ever invoke the holy Names of Jesus and Mary. And may I thus be saved. Amen.
Say 1 Our Father, 1 Hail Mary and 1 Glory Be each day of the Novena.
Source: saintadelaide.com
Posted by Jesus Caritas Est at 12:36 PM No comments: 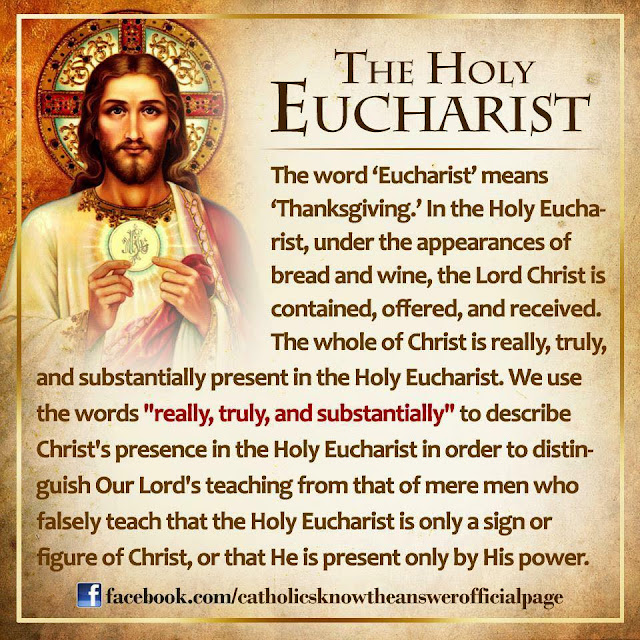 Memorial of Saints Joachim and Anne, Parents of the Blessed Virgin Mary
Lectionary: 397

On that day, Jesus went out of the house and sat down by the sea.
Such large crowds gathered around him
that he got into a boat and sat down,
and the whole crowd stood along the shore.
And he spoke to them at length in parables, saying:
"A sower went out to sow.
And as he sowed, some seed fell on the path,
and birds came and ate it up.
Some fell on rocky ground, where it had little soil.
It sprang up at once because the soil was not deep,
and when the sun rose it was scorched,
and it withered for lack of roots.
Some seed fell among thorns, and the thorns grew up and choked it.
But some seed fell on rich soil, and produced fruit,
a hundred or sixty or thirtyfold.
Whoever has ears ought to hear."
Posted by Jesus Caritas Est at 9:40 AM No comments: