New Changes within the College of Cardinals by Pontiff 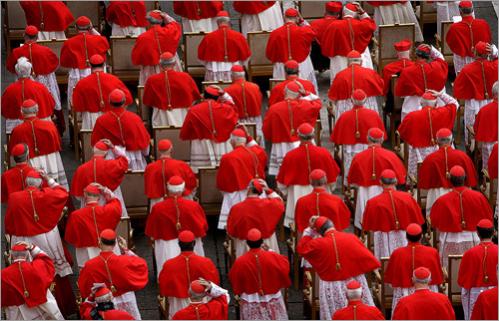 With a rescript dated 26 June 2018, Pope Francis has named four Cardinals to the Order of Bishops within the College of Cardinals. The rescript, signed by Cardinal-elect Angelo Becciu, the Substitute of the Secretariat of State, says the new Cardinal Bishops will be equal “in all respects to the Cardinals holding the title of a suburbicarian Church.”
Traditionally, the Order of Bishops within the College is composed of six Bishops who are given the “title” of Bishops of the suburbicarian sees – that is, dioceses in the immediate vicinity of Rome. The new Cardinal Bishops are Pietro Parolin, Secretary of State; Leonardo Sandri, prefect of the Congregation for Oriental Churches; Cardinal Marc Ouellet, prefect of the Congregation for Bishops; and Fernando Filoni, Prefect of the Congregation for Peoples. From the moment the rescript enters into force on 28 June, the new Cardinal Bishops will be equivalent in all respects to their confreres who hold the title of suburbicarian churches.
“The Roman Pontiffs have always looked with fraternal predilection to the College of Cardinals,” the rescript says. “Indeed, they offer special support to the mission of the Successor of Peter, bringing the precious contribution of their experience and service to the particular Churches dispersed throughout the world and effectively enriching the bond of communion with the Church of Rome.”
Except by special permission of the Pope, all Cardinals of the Roman Church receive sacramental consecration as Bishops. However, within the College itself there are three “Orders” or ranks of Cardinals: Cardinal Bishops, Cardinal Priests, and Cardinal Deacons. The titles are related to the historical connection of cardinals to positions within the Church of Rome. (According to canon law, Eastern patriarchs who are made Cardinals are also in the episcopal order; they have their own patriarchal See as their title).
The rescript notes that although the numbers of Cardinals who belong to the Orders of Priests and Deacons have increased with the growth of the College, the number of Cardinal Bishops “has remained constant and unchanged over time.” The elevation of new Cardinals to the Order of Bishops is intended to meet “the need to enlarge the current composition” of the Order.
FULL TEXT Release by Vatican News
Posted by Jesus Caritas Est at 9:35 AM