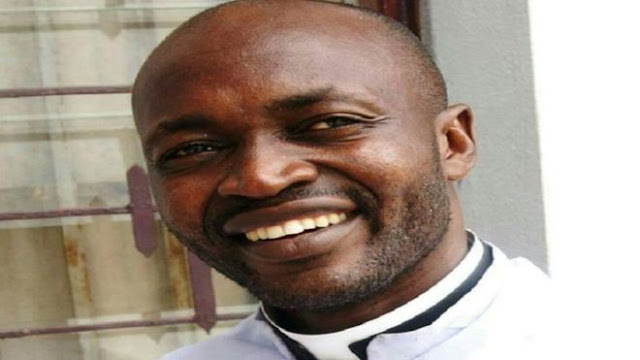 AFRICA/CAMEROON - A priest killed in the English-speaking area, scene of clashes with separatists
Buea (Agenzia Fides) – Fr. Alexandre Sob Nougi, 42, pastor of the parish of the Sacred Heart in Bomaka, in the Cameroonian diocese of Buea, was killed on 20 July for reasons not yet clarified. The serious incident occurred on the road between Buea and Muyuka, 25 km northeast of Buea, which is the capital of the English-speaking region in the southwest of the country. The priest, who was also known because he was a diocesan secretary for Catholic education, was hit by a stray bullet during a clash between military and separatists, while according to other reconstructions he was intentionally killed. In this area, as in the other north-west English-speaking region, there are frequent clashes between security forces and separatists, who claim an independent English-speaking state. Since the country's independence (1960), the English-speaking Cameroonians have accused the French-speaking authorities of marginalizing them, claiming that the authorities in Yaoundé impose the French language and traditions in courts, public offices and schools. For years the English-speaking provinces have asked for more space for their customs and habits and have demanded greater autonomy. Since 2016, demonstrations have become more frequent. On October 1, 2017, the most extreme fringes pushed to declare the independence of the two English-speaking provinces from Cameroon and the birth of the Republic of Ambazonia. This provoked an increase in tension in the two provinces, with increasingly bloody clashes between separatists and police, with hundreds of dead and wounded. According to the United Nations, 160,000 English-speaking Cameroonians have left their homes to seek refuge in other areas of Cameroon or abroad, especially in Nigeria. Last June Caritas launched an aid campaign for the people of the English-speaking areas. A situation has been created "marked by blind, inhuman, monstrous violence and by a radicalization of positions that alarm us a lot" the Bishops said in a declaration by the Bishops' Conference of Cameroon on May 16, 2018, urging: "Let us stop all forms of violence and let us stop killing each other ... Let us save our country from a unfounded and useless civil war" (see Fides 18/5/2018; 26/5/2018; 29/5/2018). The Catholic Church is considered the only one capable of promoting dialogue between the parties. The next presidential elections should be held on October 7, 2018. (SL) (Agenzia Fides, 23/7/2018
Posted by Jesus Caritas Est at 10:39 AM