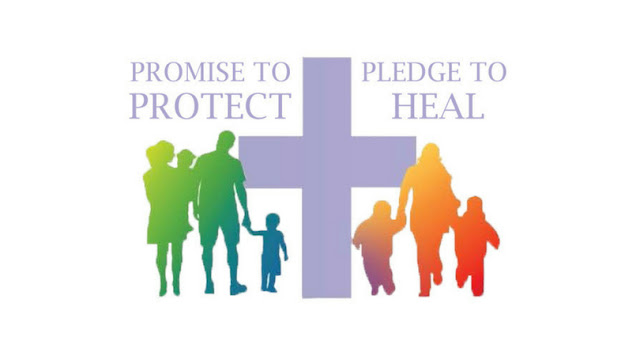 Statement from the National Review Board Calls for Lay Leadership Amid Sexual Abuse Crisis August 28, 2018
WASHINGTON—The National Review Board (NRB) has issued the following in response to the release of the Pennsylvania Grand Jury report and recent allegations against Archbishop McCarrick. In the statement, the NRB calls for a lay-lead investigation into all allegations of sexual misconduct within the Church as well as strengthening  the Charter for the Protection of Children and Young People.  Established in 2002, the purpose of the National Review Board is to work collaboratively with the Committee for the Protection of Children and Young People in preventing the sexual abuse of minors in the United States by persons in the service of the Church.

The full National Review Board statement follows:
"While the policies and procedures that have been implemented by the Church since 2002 to address the sexual abuse of minors by the clergy have resulted in a significant decrease of such abuse, the revelations of horrific incidents of abuse in the Pennsylvania Grand Jury Report, along with the abuse perpetrated by Archbishop McCarrick point to a systemic problem within the Church that can no longer be ignored or tolerated by the episcopacy in the United States.  The National Review Board has for several years expressed its concern that bishops not become complacent in their response to sexual abuse by the clergy. The recent revelations make it clear that the problem is much deeper.  We are saddened, angry, and hurt by what we have learned in the past few weeks. The evil of the crimes that have been perpetrated reaching into the highest levels of the hierarchy will not be stemmed simply by the creation of new committees, policies, or procedures. What needs to happen is a genuine change in the Church's culture, specifically among the bishops themselves. This evil has resulted from a loss of moral leadership and an abuse of power that led to a culture of silence that enabled these incidents to occur. Intimidation, fear, and the misuse of authority created an environment that was taken advantage of by clerics, including bishops, causing harm to minors, seminarians, and those most vulnerable.  The culture of silence enabled the abuse to go on virtually unchecked. Trust was betrayed for the victims/survivors of the abuse; the entire Body of Christ was betrayed in turn by these crimes and the failure to act.
"The National Review Board firmly believes, as has been expressed by several bishops in recent days, that the episcopacy needs to be held accountable for these past actions, and in the future, for being complicit, either directly or indirectly, in the sexual abuse of the vulnerable. Holding bishops accountable will require an independent review into the actions of the bishop when an allegation comes to light. The only way to ensure the independence of such a review is to entrust this to the laity, as recently suggested by Cardinal DiNardo. The NRB, composed exclusively of lay members, would be the logical group to be involved in this task. Establishing an anonymous whistleblower policy, as is found in corporations, higher education and other institutions in both the public and private sector, that would be independent of the hierarchy with participation by the laity, perhaps the NRB, who would report allegations to the local bishop, local law enforcement, the nuncio and Rome, needs to be established immediately. Another problem that needs to be addressed is the Charter for the Protection of Children and Young People. The Charter has been helpful in the Church's response to sexual abuse by the clergy.  However, the Charter should be understood as a living document that is in constant need of revision based on what we have learned and experienced over the years, as well as current new realities. The members of the NRB have on numerous occasions pointed out the weaknesses in the Charter given its deliberate ambiguity and its lack of inclusion of bishops. During the most recent revision process of the Charter, many of the recommendations made by the NRB to strengthen the Charter were not incorporated for a variety of reasons. These recommendations need to be re-considered in light of the current situation, as well as the inclusion of bishops in the Charter. The NRB also believes that the statement of Episcopal Commitment is ineffective and needs to be revised into a meaningful, actionable commitment. In particular, the notion of "fraternal correction" must outline concrete steps that will be taken when a bishop is alleged to have committed sexual abuse or has failed to respond immediately and without hesitation when a cleric is accused of sexual abuse. To ensure that bishops undertake their obligation to act decisively when they have knowledge of incidences of sexual abuse committed by the clergy or their brother bishops, there must be substantive formation of newly appointed bishops on their responsibility as moral leaders within the Church, especially in responding to sexual abuse, something which is currently lacking.
"Since its creation in the Charter, the NRB has sought to provide its advice to the bishops to assist them in addressing the sexual abuse of minors. We will continue to work with the bishops, particularly in responding to Cardinal DiNardo's request for the NRB's assistance in the proposed investigation he has called for regarding recent revelations. In the coming weeks, the NRB will consider what recommendations to make to the bishops in light of that request. We recognize that the overwhelming majority of our current bishops have, and continue to, take the sexual abuse of minors seriously and who act accordingly by adhering to the Charter, some even going beyond these basic requirements. However, every time one bishop fails to act, the entire episcopate is tainted. It is time for the laity to assume courageous leadership to help the Church respond and to heal and for the bishops to listen carefully to our recommendations. We need not only to pray for the Church and most especially for the victims/survivors and their families who have been wounded by this terrible scourge, but we must take concrete action to address the systemic problems underlying the problem of sexual abuse in the Church."
More information on the National Review Board can be found at: www.usccb.org/about/child-and-youth-protection/the-national-review-board.cfm
SOURCE: FULL TEXT Release by USCCB