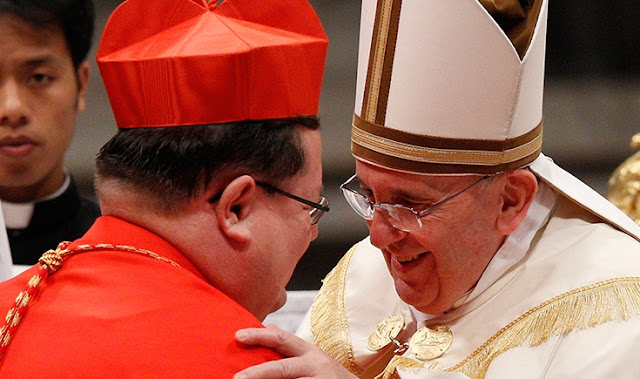 Support for Pope Francis is growing in the Church
While the scandals of sexual abuse and the letter of the former apostolic nuncio to the United States attacking Pope Francis are still much talked about in the media and on social networks, several personalities of the Church have reaffirmed their confidence and loyalty to the Holy Father.
While the publication of the letter of the former nuncio to the United States Msgr. Carlo Maria Viganò, caused a lot of confusion in the Church and aroused many attacks against Pope Francis, the support multiplies in favor of the Sovereign Pontiff. Among them, Comece, the Commission of the Bishops' Conferences of the European Union, whose President Jean-Claude Hollerich denounces the "serious attacks against the Church and the person of the Holy Father".

"COMECE reaffirms its support, fidelity and trust to Pope Francis," reads a press release published on August 31, signed by the Archbishop of Luxembourg.
The commission also condemns "attempts to divide the Church of Christ and calls on all people of good will to work in faith for the development of a world of justice, truth and peace. "

While many bishops have also reaffirmed their support for the bishop of Rome, another voice has risen: that of Cardinal Gérald Cyprien Lacroix. The Archbishop of Quebec was in Dublin for the world meeting of families last weekend and was able to greet the Holy Father at the end of the final Mass.

On his Facebook page, Cardinal Lacroix reiterates his deep communion with the Pope in these stormy hours affecting the Church. "I have full confidence in the leadership of Pope Francis," he writes, "I greatly appreciate the renewal to which he invites us to become a community of believers and believers ever more faithful to the gospel of Jesus Christ.
Full Text Source: Vatican News French Edition