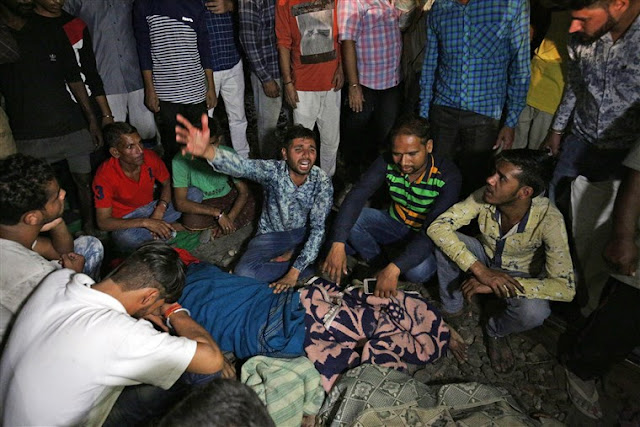 A train ran into a crowd killing at least 60 people and injuring dozens more. The accident happened near Amritsar in India's northern Punjab state. People were standing on the railway tracks watching celebrations for Dusshera, a Hindu festival, when a train hit them at high speed on Friday. The people on the tracks had been busy using their phones to film the fireworks so did not hear or see the train approaching at high speed. The train that hit the crowds was travelling from Jalandhar to Amritsar. The Chief medical officer has reported 90 others injured.
According to Vatican News, Pope Francis expressed his “heartfelt solidarity” on Sunday for the victims of a train accident. In a telegram signed by Cardinal Secretary of State Pietro Parolin, Pope Francis said he was “saddened” to learn of the accident, and assured “his prayers for the deceased and those who mourn their loss.” The Holy Father invoked “the divine blessings of healing, strength, and peace upon the injured and their loved ones, as well as the civil authorities and emergency personnel.”
Posted by Jesus Caritas Est at 6:03 PM


Nice post, thanks for sharing with us.
keep sharing more such kind of interesting articles. Thanks again.
Pakistan Railway Booking