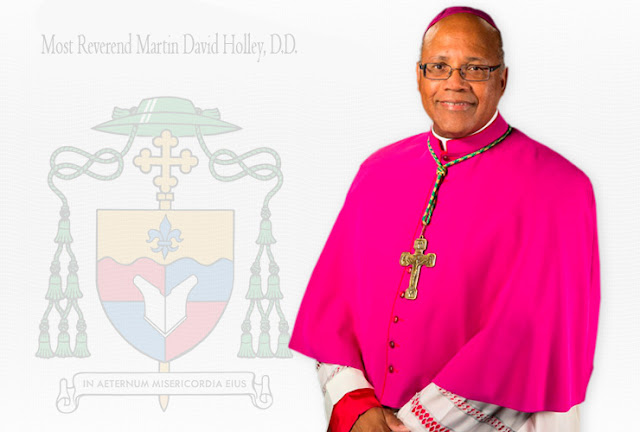 The removal follows a Vatican investigation into the Diocese of Memphis in June to address concerns about major changes Bishop Holley had made.
Holley was installed as Bishop of Memphis in October 2016 after serving as Auxiliary Bishop of Washington, D.C. for 12 years.
FULL TEXT Release from Vatican News va
Posted by Jesus Caritas Est at 11:30 AM