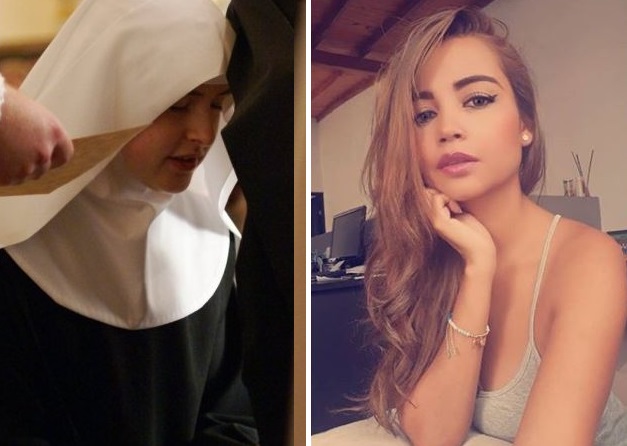 But after eight years in the monastery, she fell in love with a young religious teacher and left the monastery. After working for an international food company, she was convinced by a friend to work as a webcam girl. However, she goes to a prayer group every Friday and to the Holy Mass on Sunday.  She added that her priest initially tried talking her out of her new profession but she ignored him and went ahead with the decision to become an adult film star.
Please pray for this young woman and all those addicted to pornography....
SEE ALSO:
10 Reasons to Say NO to Pornography - SHARE to Help others....
http://www.catholicnewsworld.com/2015/02/10-reasons-to-say-no-to-pornography.html

sometimes the call of Satan is heard by weak souls and go their own way,we will pray for her to go back to her holy beginning.
November 5, 2018 at 1:18 PM

alizybeth said…
I have read your article, it is very informative and helpful for me.I admire the valuable information you offer in your articles. Thanks for posting it.. หีไทย

Rosie said…
Mattress never did fully expand but within a few weeks began to feel sunken spots where we sleep and that they got worse. After 30 days, the requested refund and return and fetish girl sex. The center had a really obvious hump while where we slept was sunk in
April 16, 2020 at 1:38 AM