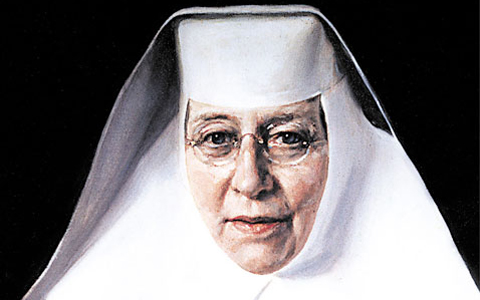 Canonized:
2000 by Pope John Paul II
Major Shrine:
Bensalem Township, Pennsylvania
Patron of:
philanthropists, racial justice
Saint Katharine Drexel was born in Philadelphia on November 26, 1858, the second child of Hannah and Francis Anthony Drexel. Hannah died five weeks after her baby’s birth. For two years Katharine and her sister, Elizabeth, were cared for by their aunt and uncle, Ellen and Anthony Drexel. When Francis married Emma Bouvier in 1860 he brought his two daughters home. A third daughter, Louise, was born in 1863. The children grew up in a loving family atmosphere permeated by deep faith. The girls were educated at home by tutors. They had the added advantage of touring parts of the United States and Europe with their parents. By word and example Emma and Francis taught their daughters that wealth was meant to be shared with those in need. Three afternoons a week Emma opened the doors of their home to serve the needs of the poor. When the girls were old enough, they assisted their mother.  When Francis purchased a summer home in Torresdale, Pa., Katharine and Elizabeth taught Sunday school classes for the children of employees and neighbors. The local pastor, Rev. James O’Connor (who later became bishop of Omaha), became a family friend and Katharine’s spiritual director.
( katharinedrexel.org)

She inherited a vast fortune from her father and step-mother, and spent her wealth to helping these disadvantaged people.  In audience with Pope Leo XIII, she asked him to recommend a religious congregation to staff the institutions which she was financing.
In 1891, with a few companions, Mother Katharine founded the  Sisters of the Blessed Sacrament for Indians and Colored People. In 1935 Mother Katharine suffered a heart attack. She spent her last years to Eucharistic adoration. She died at the age of 96 at Cornwell Heights, Pennsylvania, on 3 March 1955.
Posted by Jesus Caritas Est at 11:17 PM No comments:

Pope Francis' Prayer Intention for March: 'Let us pray together that the Church may appreciate the urgency of formation in spiritual discernment' - FULL TEXT + Video 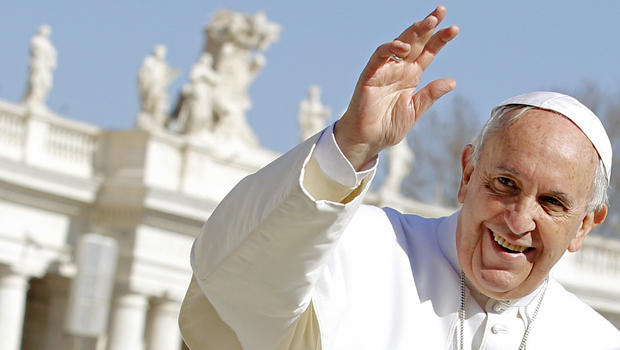 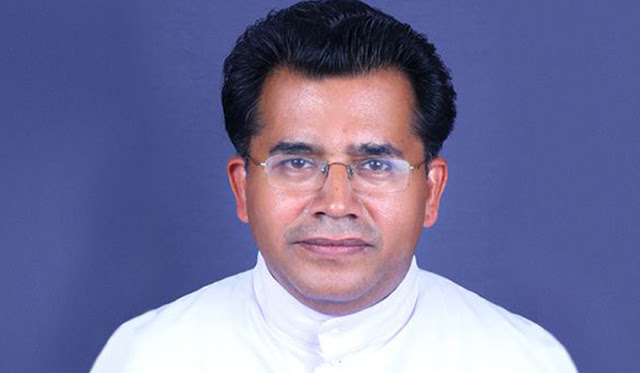 A Catholic priest from Kerala, South India, was stabbed to death while he was going to the Kurisumudi pilgrim center in Malayattoor in Ernakulam-Ankamaly Archdiocese on 1 March, 2018. This was confirmed by Agenzia Fides and Asia News. Fr. Xavier Thelakkat, 52, was stabbed with a sharp-edged weapon by the former sacristan of the parish church at the Malayattoor church.
The police have launched a search for the man, named Johnny.. The man had been dismissed from sacristan services three months ago and, according to the police. On February 28th he had an argument with the priest. Fr. Thelakkat had been a rector for seven years. He was rushed to the Little Flower Hospital in Angamally, but he died due to the deep wounds and severe blood loss. Fr. Thelakkat was ordained priest on December 27, 1993 and was also a practicing lawyer and a social activist who fought against local mafias.
The church of Malayattoor, located 52 kilometers from Kochi, is dedicated to St. Thomas, the apostle who is believed to have prayed at this shrine around 52 AD. This Church is one of the oldest Catholic shrines in the world. In 2004, the Vatican gave it the international pilgrim centre status.
The church falls under the Ernakulam Archdiocese of the Syro-Malabar Catholic Church. Edited from Fides and Asia News
Posted by Jesus Caritas Est at 7:34 AM No comments:

One day, when his brothers had gone
to pasture their father's flocks at Shechem,
Israel said to Joseph,
"Your brothers, you know, are tending our flocks at Shechem.
Get ready; I will send you to them."

So Joseph went after his brothers and caught up with them in Dothan.
They noticed him from a distance,
and before he came up to them, they plotted to kill him.
They said to one another: "Here comes that master dreamer!
Come on, let us kill him and throw him into one of the cisterns here;
we could say that a wild beast devoured him.
We shall then see what comes of his dreams."

When Reuben heard this,
he tried to save him from their hands, saying,
"We must not take his life.
Instead of shedding blood," he continued,
"just throw him into that cistern there in the desert;
but do not kill him outright."
His purpose was to rescue him from their hands
and return him to his father.
So when Joseph came up to them,
they stripped him of the long tunic he had on;
then they took him and threw him into the cistern,
which was empty and dry.

They then sat down to their meal.
Looking up, they saw a caravan of Ishmaelites coming from Gilead,
their camels laden with gum, balm and resin
to be taken down to Egypt.
Judah said to his brothers:
"What is to be gained by killing our brother and concealing his blood?
Rather, let us sell him to these Ishmaelites,
instead of doing away with him ourselves.
After all, he is our brother, our own flesh."
His brothers agreed.
They sold Joseph to the Ishmaelites for twenty pieces of silver.

God so loved the world that he gave his only-begotten Son;
so that everyone who believes in him might have eternal life.

Jesus said to the chief priests and the elders of the people:
"Hear another parable.
There was a landowner who planted a vineyard,
put a hedge around it,
dug a wine press in it, and built a tower.
Then he leased it to tenants and went on a journey.
When vintage time drew near,
he sent his servants to the tenants to obtain his produce.
But the tenants seized the servants and one they beat,
another they killed, and a third they stoned.
Again he sent other servants, more numerous than the first ones,
but they treated them in the same way.
Finally, he sent his son to them,
thinking, 'They will respect my son.'
But when the tenants saw the son, they said to one another,
'This is the heir.
Come, let us kill him and acquire his inheritance.'
They seized him, threw him out of the vineyard, and killed him.
What will the owner of the vineyard do to those tenants when he comes?"
They answered him,
"He will put those wretched men to a wretched death
and lease his vineyard to other tenants
who will give him the produce at the proper times."
Jesus said to them, "Did you never read in the Scriptures:

Therefore, I say to you,
the Kingdom of God will be taken away from you
and given to a people that will produce its fruit."
When the chief priests and the Pharisees heard his parables,
they knew that he was speaking about them.
And although they were attempting to arrest him,
they feared the crowds, for they regarded him as a prophet.
Posted by Jesus Caritas Est at 7:18 AM No comments: