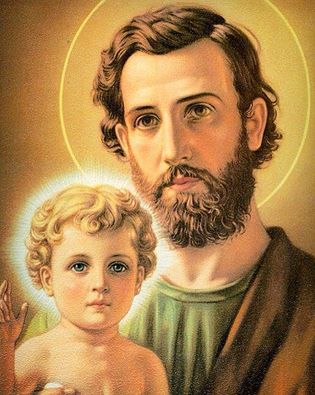 Pope Francis "In the image of Jesus crucified is unveiled the mystery of the.. supreme act of love..." FULL TEXT + Video 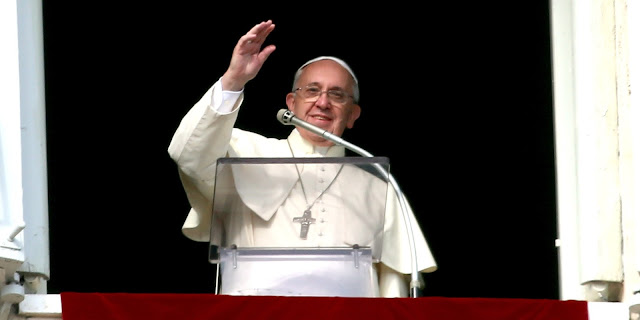 FULL TEXT of Pope Francis at Angelus:
Today’s Gospel (Cf. John 12:20-33) recounts an episode that happened in the last days of Jesus’ life. The scene takes place in Jerusalem, where He was for the feast of the Jewish Passover. Some Greeks also arrived for the ritual celebration. They were men animated by religious sentiments, attracted by the faith of the Jewish people and that, having heard talk of this great prophet, came to Philip, one of the twelve Apostles, and said to him: “We wish to see Jesus” (v. 21). John highlights this phrase, focused on the verb to see, which in the vocabulary of the evangelist means to go beyond the appearances to grasp the mystery of a person. The verb that John uses, “to see,” is to get to the heart, to get to the depth of the person, inside the person, with the sight, and with understanding.
Jesus’ reaction is surprising. He doesn’t answer with a “yes” or a “no,” but He says: “The hour has come for the Son of man to be glorified” (v. 23). These words, which seem at first glance to ignore the question of those Greeks, give, in reality, the true answer, because one who wishes to know Jesus must look within to the cross, where His glory is revealed. To look within to the cross. Today’s Gospel invites us to turn our gaze to the crucifix, which isn’t an ornamental object or an accessory of clothing – sometimes abused! – but is a religious sign to contemplate and understand. In the image of Jesus crucified is unveiled the mystery of the Death of the Son of God as supreme act of love, source of life and of salvation for humanity of all times. We were healed in His wounds.
I can think: “How do I look at the crucifix? As a work of art, to see if it’s beautiful or not beautiful? Or do I look inside, enter in Jesus’ wounds to His heart? Do I look at the mystery of God annihilated to death, as a slave, as a criminal?” Don’t forget this: to look at the crucifix, but to look at it inside. There is this beautiful devotion to pray an Our Father for each one of the five wounds: when we pray that Our Father, we seek to enter through Jesus’ wounds inside, inside, right to His heart. And there we will learn the great wisdom of Christ’s mystery, the great wisdom of the cross.
And to explain the meaning of His Death and Resurrection, Jesus makes use of an image and says: “unless a grain of wheat falls into the earth and dies, it remains alone; but if it dies, it bears much fruit” (v. 24). He wants to make it understood that His supreme event – namely the cross, Death, and Resurrection – is an act of fecundity – His wounds have healed us —  a fecundity that will bear fruit for many. So He compares Himself to the grain of wheat that, decaying in the earth, generates new life. With the Incarnation, Jesus came on earth, but this isn’t enough. He must also die to ransom men from the slavery of sin and give them a new life reconciled in love. I said: ”to ransom men”, but He paid that price to ransom me, you, all of us, each one of us. This is the mystery of Christ. It goes to His wounds, enters, contemplates, sees Jesus but from inside.
And this dynamism of the grain of wheat, accomplished in Jesus, must be realized also in us His disciples: we are called to make our own the paschal law of losing our life to receive it new and eternal. And what does it mean to lose one’s life? That is, what does it mean to be the grain of wheat? It means to think less of ourselves, of our personal interests, and to be able to “see” and go to meet the needs of our neighbor, especially the last. To carry out with joy works of charity towards all those that suffer in body and mind is the most genuine way to live the Gospel, it is the foundation necessary for our communities to grow in fraternity and mutual hospitality. I want to see Jesus, but to see Him from inside. Enter in His wounds and contemplate that love of His heart for you, for you, for you, for me, for all.
May the Virgin Mary, who always had her heart’s gaze fixed on her Son, from the manger of Bethlehem to the cross on Calvary, help us to meet and know Him as He wishes, so that we can live illuminated by Him, and bring to the world fruits of justice and peace.
[Original text: Italian]  [Blog share of ZENIT’s translation by Virginia M. Forrester]

© Libreria Editrice Vatican
After the Angelus
Dear Brothers and Sisters,
A warm greeting goes to all of you here present, faithful of Rome and from many parts of the world. I greet the pilgrims of Slovakia and those of Madrid; the parish groups from Sant’Agnello, Pescara, Chieti, and Cheremule; the youngsters of the Diocese of Brescia and those of the “Romana-Vittoria” deanship of Milan.
I greet the Italian Folkloric Union, the group of families of Rubiera and the Confirmation candidates of Novi di Modena.
Yesterday I went on a visit to Pietrelcina and to San Giovanni Rotondo. I greet affectionately and thank the communities of the dioceses of Benevento and Manfredonia, the Bishops – Monsignor Accrocca and Monsignor Castoro – the consecrated, the faithful, the Authorities. I’m grateful for the warm welcome and carry all in my heart, but especially the sick of the Home for the Relief of Suffering, the elderly and the young people. I thank those that prepared this visit that I truly won’t forget. May Padre Pio bless you all.
I wish you all a happy Sunday. Please, don’t forget to pray for me. Have a good lunch and goodbye!
[Original text: Italian]  [Blog share of ZENIT’s translation by Virginia M. Forrester]

Posted by Jesus Caritas Est at 9:10 PM No comments: