#BreakingNews 50,000 People at March for Life in Paris, France - #ProLife Photos and Video of Crowd to SHARE 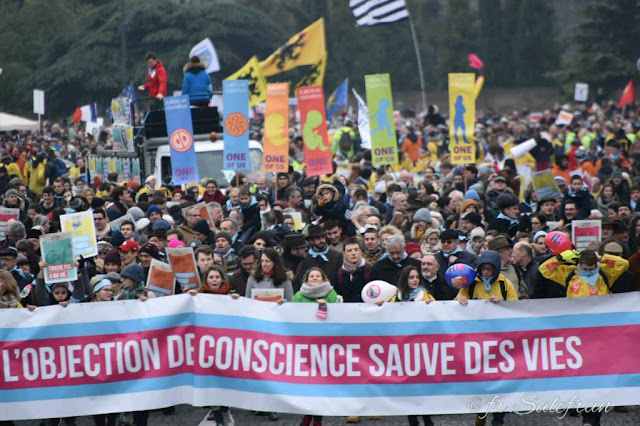 Sunday, January 20, 2019 there were 50,000 people, according to the organizers, who participated in the March for Life. This was the 13th "March for Life" held in Paris, France.

They were marching in remembrance of the 220, 000 babies killed each year in France.
The March For Life in Paris had the tag # MPLV2019
Pope Francis gave a special encouragement to the march saying:

"Despite attempts to trivialize abortion this gesture poses a true case of conscience to the whole civil society. The March aims to be an appeal to French citizens to be open to receive life, and uphold the right to conscientious objection.”


The marchers hope for public health policies that protect human life from conception to natural death
"One of the demands of the March for Life is to promote a new model of society that will no longer trivialize abortion by proposing a health policy worthy of the name to reduce the 220,000 annual abortions. " 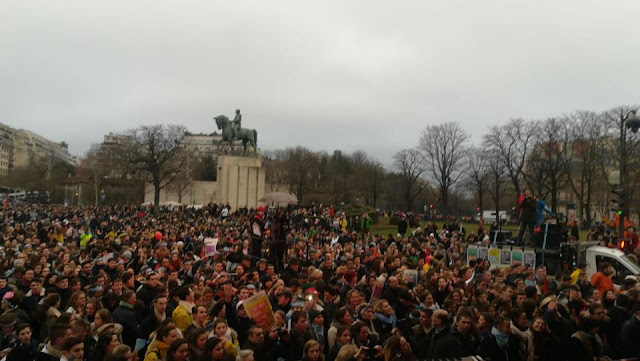 The slogans were "Living is a right", "IVF: telling the truth is deterring", "Protecting the weak, that's strong".


The philosopher and deputy mayor of Versailles, François-Xavier Bellamy was speaking a few months ago about it in front of the cameras of France 5 in the program C Politics,

"Why can not we all agree that it should be a public health goal to lower the number of abortions in France, and that our prevention policy today does not succeed. "


The other demands of the March for Life have focused on 3 main points:

The firm and explicit maintenance of the ban on euthanasia in France
"We want everyone to be assured of being supported and supported in the last moments of their life by society and the medical profession. And not that one is threatened with death by those who should have taken a hand. "

The revision of the legislation on medically assisted procreation (PMA) which leads to the selection of embryos and their mass destruction
"We do not want the human embryo to be considered an object that can be produced for pleasure and manipulated for the purpose of utility. "
Images and Information from "En March pour La Vie"