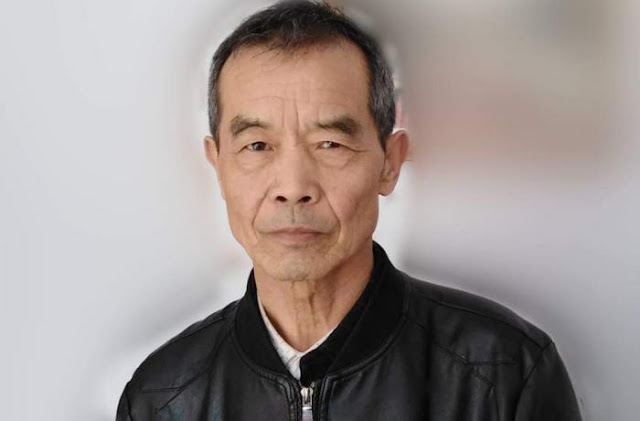 Xuanhua underground bishop Msgr. Cui Tai arrested
The police also detained the episcopal vicar, Fr. Zhang Jianlin. A priest banned from ministry accused him of "not following the Vatican's instructions" and urged the police to arrest him. The faithful and the priests of the diocese are asking Christians worldwide for prayers for a "safe return as soon as possible". From 2007 onwards, Msgr. Cui Tai has been subjected to continuous detention or house arrest.


Rome (AsiaNews) – The underground bishop of Xuanhua (Hebei) Agostino Cui Tai, was taken away by police yesterday, faithful of the diocese report adding that the episcopal vicar, Fr. Zhang Jianlin was arrested with him.

At the moment the official reason for his arrest or the length of his detention are unknown. Msgr. Cui Tai had to struggle to assert his authority as a bishop (recognized by the Holy See) against a priest, Fr. Zhang Li, who accused him of not following the Vatican's directions.

According to Fr. Zhang Li the agreement signed between China and the Holy See establishes the end of the underground Church and from now on all the faithful and bishops must flow back into the official Church.

Strengthened by the support of the local government, Fr. Zhang Li also pushed the police to arrest the bishop.

After appealing to the "competent Holy See authority ", the episcopal vicar and then the bishop intervened by banning the priest from ministry.

After a few days, Msgr. Cui Tai was taken by police for 15 days, prompting him to lift the ban. The ban on Fr. Zhang Li from ministry is also motivated by the fact that he is the promoter of a "Pentecostal" group in ambiguous collaboration with a Protestant pastor, in which miraculous effects [of prayer] are exaggerated, and miracles invented.

According to some priests, the reason for the new arrest is precisely the fact that Msgr. Cui Tai "exposed" publicly revealing his episcopal identity: this is considered illegal, because he is recognized by the Holy See, but not by the government. The faithful and priests of the diocese ask Christians throughout the world to pray for them, hoping that they "return safely as soon as possible".

Since 2007, the authorities have illegally detained or placed Msgr. Cui Tai under house arrest almost continuously, without any reason and without any legal process.

During these years, the bishop was often locked up in various secret detention centers, or in hotels, or taken away for forced "trips" under the escort of government officials.

In these years, only during the Chinese New Year and the Mid-Autumn Festival (of the moon) Msgr. Cui Tai could occasionally return home for a brief visit to his elderly sister. For the rest of the time he has always remained under the guard and control of the government.

DONATE Now to Catholic News World, a Mission, which brings the Gospel to over 200 Countries World Wide! Just Click the LINK below! Every little bit helps - as a Donor you and your Family will be added to our Mass Prayers - You can add your prayer intention on the Donation site "Donor Wall":
https://donorbox.org/support-catholic-news-world-we-need-
Posted by Jesus Caritas Est at 8:22 AM