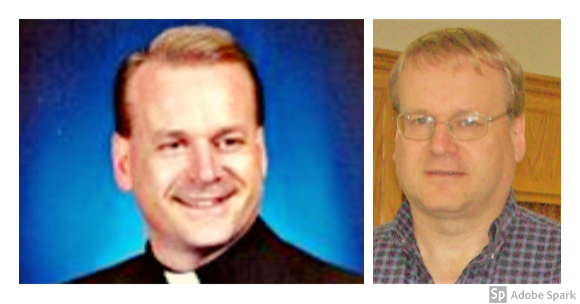 Rev. Marvin Reif,  walked away from a care facility over a year and a half ago. Marvin, 55 years old, walked away from Protection Valley Manor in Protection on April 3, 2017, where he had lived for a few months. He suffered from depression and anxiety. The Comanche County Sheriff's Office confirms human remains found Wednesday in a pasture near Protection are those of Father Marvin Reif, a priest reported missing two years ago after he left the nursing home in Protection where he lived.

The state coroner's office was then notified and responded to assist with the investigation. The Comanche County Sheriff's Office says the remains were transported to the Comanche County Hospital for a positive identification, and then on to a funeral home in Hoisington.

"The family (of Father Reif) has been notified and the remains released to them," the sheriff's office says.
Source: Edited from www.kwch.com
Please Pray for the Repose of his Soul...

********************************
DONATE Now to Catholic News World, a Mission, which brings the Gospel to over 200 Countries World Wide! Every little bit helps - as a Donor you and your Family will be added to our Mass Prayers - You can add your prayer intention on the Donation site "Donor Wall":
https://donorbox.org/support-catholic-news-world-we-need-
Posted by Jesus Caritas Est at 2:59 PM