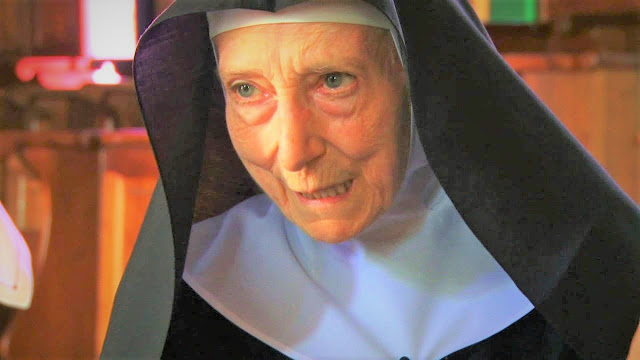 Mother Anna Maria Cànopi, founder of the monastery of San Giulio, has died on Thursday, March 21, 2019
The foundress of the San Giulio monastery on Lake Orta died on the feast of Saint Benedict. She was 87 years old
The abbess of Mater Ecclesiae, the abbey she founded on 11 October 1973 on the Island of San Giulio, on Lake Orta, would have turned 88 on 24 April.

Rina, was her first name, and she was born in Pecorara, in the province of Piacenza, to a large and deeply believing family.
She graduated in Literature from the Catholic University of Milan. She entered the Benedictine abbey of Viboldone on 9 July 1960. With the beginning of the canonical novitiate, on 14 April 1961, she received the name of Anna Maria. On May 30, 1965 she celebrated solemn profession.
Since 1968 she has been working as a novice mistress. On 11 October 1973, at the request of Bishop Del Monte, together with five nuns, he began the Benedictine life on the Island of San Giulio, founding the monastery Mater Ecclesiæ. In 1993 she was the first woman to sign the text of the Via Crucis at the Colosseum, presided over by John Paul II. Under the directives of the then Cardinal Joseph Ratzinger she collaborated in the revision of the Compendium of the Catechism of the Catholic Church. She has published numerous volumes of spirituality: we remember "The love he calls. Vocation and monastic life ",